Who benefits from the growth of Middle-Eastern tourism? 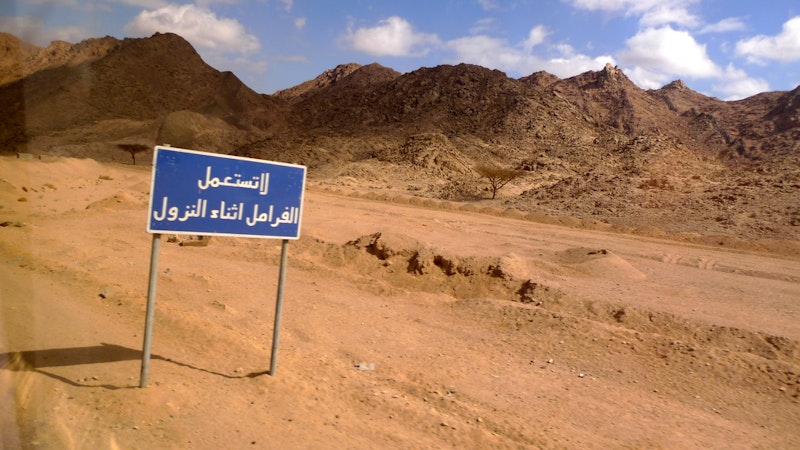 According to data compiled by the United Nations World Tourism Organization, tourism in the Middle East has doubled over the last decade, from 25 million annual visitors in 2000 to 53 million last year. Those numbers exclude regional powerhouses Israel and Turkey, which UNWTO counts as part of Europe. And if their forecast for the next 10 years holds true, the number will double again by 2020.

Naturally, this is welcome news for Middle Eastern governments, for which increased tourism means more money in the national coffers and higher foreign currency reserves. For many of them, these numbers represent the success of their conscious efforts to reinvent themselves as tourist destinations and to improve public images tarnished by violence and corruption.

Lebanon, for example, has begun to escape the shadow of its civil war, and is gaining fame among oenophiles as a Mediterranean destination combining a long tradition of winemaking with lovely beaches, but without the European price tag. Its neighbor Syria, meanwhile, has been touting its rich history while funding modernization and rebuilding projects all over Damascus to raise the city's profile with and accessibility for tourists. Just don't mention Hezbollah while you're there.

Looking beyond the economic benefits to the governments in question, though, who will really benefit from increased tourism in the region? And at what cost?

In theory, the governments will use the increased revenues to alleviate the tax burden on their own citizens and to fund projects that benefit the common good. It might be overly optimistic to expect all of the money will be used that way, but at least some of it will, which means the benefits should trickle down to the lower echelons of society. Tourism also means more jobs and better pay for some.

Many analysts have pointed out the positive impact of cultural exchange, particularly at a time when understanding about this key region is lacking. Westerners will get a chance to see beyond the stories in the nightly news and understand what daily life is like for average citizens, while locals will meet people who will counteract the caricatures of the decadent and greedy Western devil that are promulgated by some.

Yet the potential for a clash of cultures cannot be ignored either. Large numbers of tourists who are unfamiliar with local customs have a tendency to create discomfort, disapproval and anger. The cultural diffusion that exists in international areas can erode traditional ways of life and values, and the money made ensures more and more people will be drawn away from their ancestral homes to the places tourists congregate.

The natural beauty of the region is one of the biggest attractions to visitors, yet it is likely to be harmed if the number of tourists continues to increase so rapidly. Not every country has the infrastructure and finances necessary to ensure that visitors don't do damage to the places they visit. Egypt's impressive reefs off the Red Sea coast are a prime example of how tourism can negatively impact fragile ecosystems. As numbers of visitors to resorts like Sharm el Sheikh and Hurghada have risen, the reefs have sustained significant damage from divers and snorkelers who purposely or accidentally break the fragile corals. Add to that the increased amounts of trash, chemicals and wastewater making their way into the ocean around the tourist resorts, and the reefs are struggling to maintain themselves.

The truth is there is a long list of possible outcomes that would negatively impact local populations: competition for resources between tourists and residents, increased crime rates, rising costs for necessities and land, over-dependence on the industry, and capital leakage due to foreign ownership, exploitation of women and children.

Nevertheless, it can be argued that the net result of increased Middle Eastern tourism is positive. The potential for increased stability and prosperity that it represents is enough to outweigh the other risks. In a highly volatile region, anything that creates a motivation for governments and citizens alike to maintain peace should be promoted, but at the same time, some forethought must be given to the negative impacts and programs put in place to mitigate or eliminate them.