A couple of quick thoughts on the State of the Union. 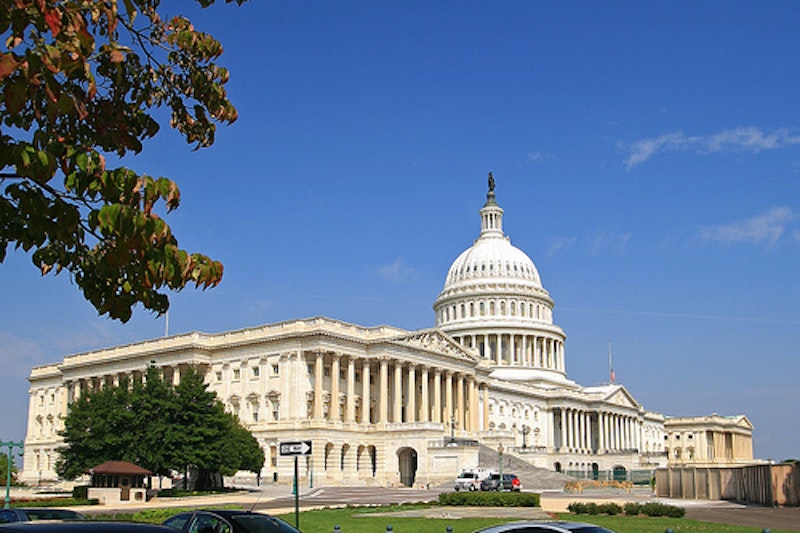 The appraisals and fist-shaking and high-fiving over President Obama’s first State of the Union address will clog the blogosphere for the next couple of days, so perhaps there’s little to add to the stew.

Nevertheless, I found the SOTU to be a solid speech, a little long since it covered seemingly every single topic on the agenda (I expected one or two things to get bumped to make more room for health care). Two things stood out:

1. Health Care. Obama didn’t put the onus on explicitly the House or the Senate—but he repeatedly called for movement. Wonkish liberal bloggers and their cohorts (me from time to time) wanted to see specific tactics laid out. The truth is health care reform is a mess—a completely recoverable one, but a mess—and unfortunately there are those of us who have been reduced to confusion and fear, clutching working papers and staring blankly into the distance.

Obama isn’t going to wade into the Congressional clusterfuck with maps and tactics, putting everyone in their place. Health care reform is going to happen behind closed doors, and the general viewing public does not care about Congress’ fantasy baseball league right now. They want jobs and economic security. Obama’s favorability has remained well above that of Congress for good reason: From the beginning Obama made it clear he was going to let Congress figure out health care reform. For better and mostly worse they have, and the public recognizes a paralyzed Congress next to a calm and level-headed president. Obama is going to stay above the Congressional fray as best he can, and I predict by the end of February the House will have passed the Senate health care bill and added a one or two amendments via reconciliation.

2. The Supremes. Obama’s calling out of the Supreme Court’s recent ruling against campaign finance reform—and Justice Alito’s subsequent head shaking and mouthing “not true”—is proving to be the heavyweight in the SOTU-inspired mini news cycles. Frankly, I don’t care that Alito openly disagreed with what Obama said; that the Supreme Court and the Joint Chiefs are supposed to be perfectly neutral and nonpartisan is all well and good—if anything Alito embarrassed himself and the charade that he (or any other SCOTUS pick) is above partisanship.

But regardless of what you think about the Citizens United decision, you’d be hard-pressed to not call the decision a clear-cut example of an activist majority handing down a ruling that far and away exceeds the scope of the case in front of it. I would have loved nothing more than Obama calling out the SCOTUS—and Republicans by association—for blatantly dropping that whole umpire-ball-strikes bullshit. Instead we have this little snit that doesn’t help anyone.

Okay, back to your regularly scheduled work diversion.