Bring the stimulus money to the little people by creating a Minister of Aesthetics. 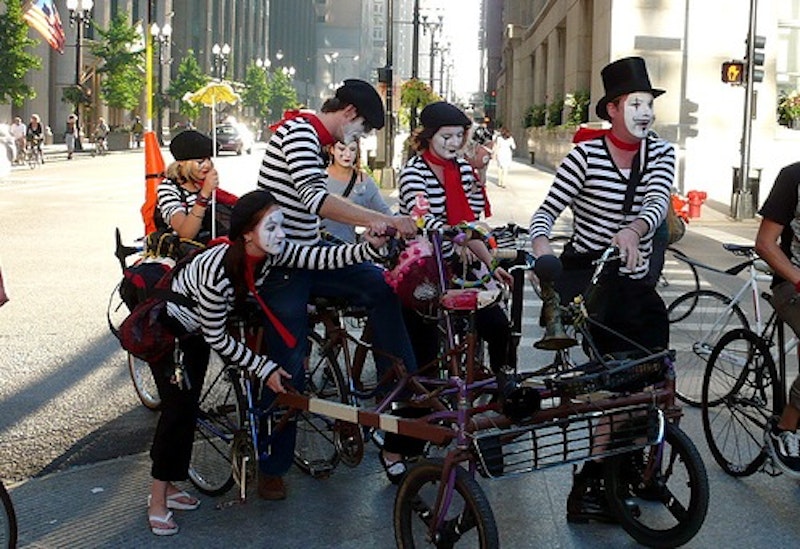 Like most people, I have gotten very little in the way of direct benefits from the massive and unprecedented infusion of cash our government has recently ordered. As I neither make cars nor am a member of a corrupt corporate oligarchy, the benefices of the federal government more or less seem to have passed me by.

But it doesn't need to be like that: according to strict interpretation of the writings of John Maynard Keynes (and as Time magazine recently said, quoting Richard Nixon—and what was he ever wrong about?—"We Are All Keynesians Now") it doesn't really matter what the government decides to spend money on so long as it does, and in inconceivably large amounts.

To that end I've got a suggestion that will simultaneously allow us to print currency while resulting in immediate dividends to we, the good people of America, who after all, are in no way complicit for the fiasco that our nation is undergoing.

Let's get rid of that “Secretary of Transportation” asshole (who, let's face it, isn't exactly pulling his weight) and replace him with a Minister of Aesthetics ("minister" is a funnier work than "secretary," a fact which the Minister of Aesthetics will be keenly aware of) the duties of whom would primarily consist of utilizing vast sums of money in ways intended to make our lives more pleasant, interesting, and curious.

Suggestions? Oh I've got a few.

First, seeing as how the development of the traffic light has rendered the profession of traffic guard more or less obsolete, we ought to go ahead and replace the remaining rent-a-cops who clog our daily commutes with mimes. Not enough mimes? Build mime colleges. To quote our president, "This is America, we figured out how to put a man on the moon in ten years, you can't tell me we can't [put a mime on every street corner in the nation]." Actually under my plan, mimes would take over many of the functions traditionally associated with law enforcement, including writing invisible traffic tickets, erecting invisible force fields in the case of floods and other natural disasters, and investigating claims of rape.

Second, we need to start putting up murals everywhere. Murals of murals. Murals in museums, murals in courthouses and murals randomly painted in the homes of private citizens. In my America, youths keen to throw a toss up on the side of a metro car will be stymied by the discovery that a full W.P.A. team is already stretched out along the length of the track, their Pell-Grant funded Art School education clear in the clockwork precision of their movements. No edifice or structure would be safe from the onslaught of government-sponsored art. If you take a crap in a publicly funded toilet in my America, expect to be staring up at a water color which would make Michelangelo, well, piss his pants.

Speaking of public bathrooms, these things ought to become like the water closets in the Villa Borghese, ivory to caress your ass and sterling silver to catch and dispose of your waste. Live chamber music would waft in from the hallway, alternating with up-tempo jazz after eight p.m. Aestheticians and manicurists would be on hand post-defecation to ensure that excreters look their best upon leaving the stall. Homeless men would become the most fashionable people in the cities, holding court in their spotless lavatories like Parisian women in 18th century salons, dictating the season's fashions according to the half-understood voices screaming through their skulls.

Everyone has such fond memories of those Life magazine photos of Okie dust farms and stoic, broken mothers, funded in part by the Works Progress Administration—I think we need to re-imagine this project for the 21st century. Photography is such a bloodless medium with which to capture contemporary American society. A much better option would be to have the government fund some sort of a massive reality television show, Real World: Continental US as it were. Who hasn't observed that Robert Frank's The Americans would be livened up with the introduction of an immunity challenge, or perhaps the addition of someone eating a bug? Losers have to move to Canada.

Nor would the Minister of Aesthetics power be localized entirely within the continental U.S.; America is a world leader, and we need to start acting like it, particularly within those nations we've already invaded. I'm no expert on Central Asia but I think the problem with Afghanistan is they don't have enough erotic art—don’t we have some extra Robert Mapplethorpe photographs lying around? Could we send them over to Kabul, maybe up one of his legendary black and white prints onto the side of the Shrine of Hazrat Ali? I think that would go a long way towards alleviating the misunderstanding that seems to have cropped up over there that Americans are nothing but a pack of lunatic godless sodomites.

These are just suggestions: obviously, it'll be up to the Minister to determine what specific policies to enact (although it's hard to imagine anyone quibbling with the Mime idea, which is all up-side as far as I can tell). The important thing is we get this economy rolling again. It seems increasingly clear that we've mortgaged our children's future to the Chinese in the vain hope of propping up our inflated stock portfolios and toxic real estate assets, which is all well and good for those of you who have inflated stock portfolios and toxic real estate assets, but what about the rest of us? What am I getting from the endless rounds of bailouts and the largest deficit in the history of mankind? In 20 years, when my children look up from their Mandarin textbooks and ask “Daddy, what did you get out of the massive influx of public capital that shattered our nation's credit and the future of our economy?” I'd like to say something other than “Eat your fried noodles.”