Let the Immigrants In

The United States has to recommit to an immigration policy worthy of our history. 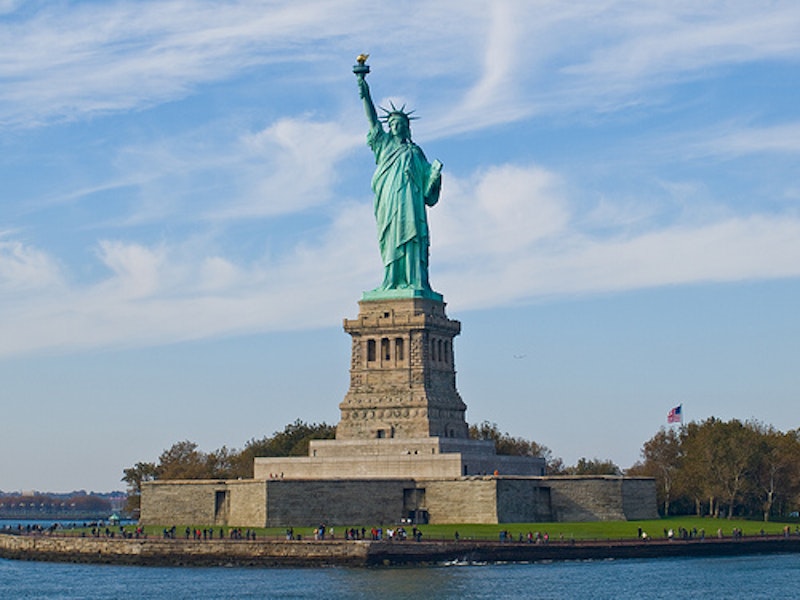 My girlfriend’s Israeli father is constantly hassled about his accent, asked where he is from, given dirty looks, made to feel unwelcome in his western Michigan city. He once told me that it has never felt like home and it never will. We have failed him. I may be an idealist, but I am not foolish—I know it is impossible to make all feel welcome, and I know that despite past rhetoric, we’ve never even really tried. We must as a people embrace more intensely our new neighbors, our new colleagues, our new citizens. This is what makes us who we are and what makes us the most we can be. We must break this trend and turn it the other way.

I have a friend who will be deported in a few weeks. He has worked in this country for several years, settling here in Michigan a few years ago, working at a nonprofit. He owns a home, has a mortgage, car payments, and a girlfriend. He pays taxes here, in a cash-stricken state. Or rather, he did until his visa was declared inadmissible a few days ago. You see, he was the accidental beneficiary of a clerical error by the U.S. government. He mistakenly applied for the same visa twice and was incorrectly granted it a second time by the U.S. consulate in his home country.

When he recently returned from a trip to do relief work in South America, he was detained as part of a new government-mandated investigative crackdown on religious worker visas. The error was discovered and now he has no job, no way to pay the mortgage, and a black mark on his international record. He’s lucky that he hasn’t been banned from the country forever and was given time to take care of things here. He is from a European country that is one of the wealthiest and most developed in the world. He is paying for our clerical mistake.

I am frightened. We build our walls higher and higher, peering over the sides as the hordes grow larger and larger—some desperate to get in, some desperate to destroy our way of life. I am frightened because when I stop looking out and start looking around, I see our population fixated, cautiously staring over the wall with the same angry and terrified expression. We have come to a standstill, too frightened to look anywhere but outward. We see nothing but enemies and backstabbing allies.

I never saw the world from the top of the Statue of Liberty, watched the sun set over Manhattan – the same sun that my family must have seen 150 years ago. I never will. It is no longer open for business, no longer open for entry. You can only sit at her feet looking upward, fear barricading the doors.

I admit to naiveté. I believe in this country. I believe what I have been told by teachers, read in books. I believe we are safe from within because we are accepting and dynamic. We are countrymen first, no matter where our fathers came from, no matter where we came from. I believe there is no other population in the world that so readily accepts others as their own. I may even be right about this. But that is not enough. I am still wrong.

There are places here where you will be welcomed, more warmly, more thoroughly than anywhere in the world. I like to pretend everywhere is like this, but it can only be pretend. It hurts me because I love every nook of this country as if it were mine, defend them to outsiders as if they were my home. But there are neighborhoods, towns, and cities where we do not accept these outsiders. We have stepped up our antipathy.

I am dumbfounded. We have cast aside the very thing that brought us prominence that we now cower in fear of losing. In his powerful book The Post-American World, Fareed Zakaria traces America’s historical strength to its openness to people, cultures, goods, services, and ideas, despite the contentious, partisan, and static government. While European and Asian nations watch their populations age and stagnate, America’s continues to rise on the back of its immigrants, its native-born white fertility rate already having slowed to the low European levels. Immigrants and foreign students account for half our scientific research, and half of all Silicon Valley start-ups have at least one founder who is an immigrant or first-generation American. Immigrants, Zakaria writes, bring with them a hunger for success and a drive to create that keep America vibrant in a way that few developed nations can maintain.

Yet our government continues to be the weak link in our national character, casting an even greater shadow than the unwelcoming citizens among us ever could. Our policy is this: impossible to get in, impossible to stay, and easy to get out. The devastating economic climate has allowed a surge of anti-immigrant discussion and legislation to mash its way through our domestic policy.

A friend of mine works for an investment bank bailed out by TARP. Two incoming bankers, offered jobs last summer, had their offers rescinded in the past few weeks. The problem was not that they didn’t perform, not that they did not graduate, not that they got in trouble with the law. Their mistake was being born in a different country. As has been publicized, the bailed-out banks can no longer hire foreigners.

Why? Why would we, the champions of free trade, of capitalism, of competition, disallow the hiring of the most competent employees? Are we afraid that these investment bankers will hoard their salaries and remit them back to scary places filled with people that have colored skin? If we are trying to rebuild the banking system, trying to make the best use of government money, then why wouldn’t we want the best people working for us?