Ignoring the hole in the roof

President Obama has quite the list of serious problems to address, but his order of priorities is pushing the country into greater danger. 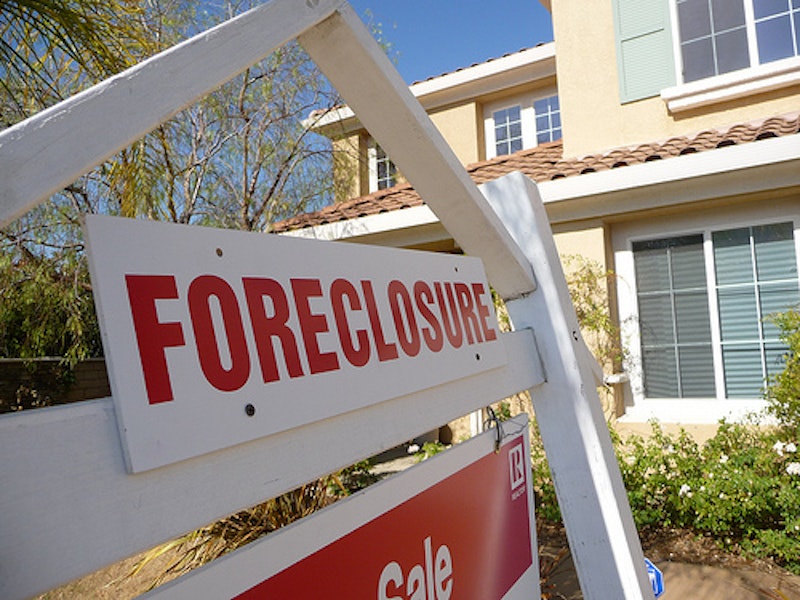 Suppose I had my eye on a new house, a real “fixer-upper.” It’s a bigger house than I have now,  and costs more, but I want it nonetheless. And maybe “fixer-upper” is too generous. There are leaks in the roof, the appliances are old or broken and the yard is overgrown. But I decide to pull out all the stops anyway, exhausting my savings and borrowing heavily. Then imagine that during the time between the acceptance of my offer and the closing, the leaks worsen until finally, right after we close, a full-fledged hole develops in the roof, allowing rain, cold air, and other debris inside, rendering it nearly uninhabitable. Yet at this point we are committed, and move in.

We have big plans for this house: adding a new master bedroom, a pool in the back yard, and taking take the necessary steps to make it “green.” Our first few weeks in the house, however, don’t go well. The constant cold air rushing through the hole in the roof forces us to use the heat at all times, driving up the power and gas bills. The washer and dryer, already old and unreliable, finally conk out, joining the refrigerator on the list of now defunct appliances. About a month after we move in, the roof  completely collapses, and now we have an open-air dining room

I promise my wife that we’ll first address the roof.  We ask for a number of estimates, and despite the fact that one of the roofers had his license revoked for construction violations, he claims extensive experience and so we hire him. He shows up every day, but it seems like he only examines the roof over and over again, taking pictures and measuring, but not actually doing anything. One day, I ask him when he plans to get to work, and he says he’s still formulating the best plan of action. I’m slightly irritated, but he’s supposedly the best, and I figure it’s probably better if I don’t interfere too much.

In the meantime, I have promised the kids for years that we would have a pool as soon as we moved. I contact a pool company, and a representative gives me an estimate. It’s staggeringly expensive, but a promise is a promise, and so I go back to the bank where, miraculously, I’m given additional loans. At dinner the next night, I tell the kids that we’ll break ground on the new pool in a few weeks, and they’re ecstatic. My wife is worried, though, because of the other problems that remain unaddressed, but I think I know how to pacify her: I’ve promised her the new master bedroom and, deep down, she’s as excited about that as the kids are about the pool.  The next day, a contractor shows up to give an estimate on the addition. It’s almost as much as the pool, and while I feel a little sick to my stomach, I’m able to borrow against my mortgage to get the cash to pay for it. When she hears that we’re going to begin building her dream bedroom, she nearly forgets about the missing roof.

The following week, we’ve broken ground on the pool, the plans are in place for the new bedroom, and the roofer still shows up every day to tinker with his plan. But then things change dramatically when I get laid off. While they offer a decent severance package, with the economy in tatters, I know it’ll be hard to find another job. In an attempt to soften the blow to my wife, I go right to Sears and buy the best washer, dryer and refrigerator they have with my Sears plastic—the only credit card that I haven’t maxed out.

Arriving home, I find that all the pipes have burst and the first floor is flooded. The pool company asks if I still want to move forward, and the contractor offers to halt construction of the new master bedroom, but I am terrified of disappointing my wife and kids, so I go full speed ahead on both. Even the environmental company is nice enough to offer to cancel our consultation, but my in-laws have made it clear that they won’t visit us unless our house is eco-friendly. The consultant is aware of the situation, and says that I can delay my payment by a year if necessary, so I tell him to go ahead.

Does all of this sound completely crazy? It certainly should. The scary thing is that it’s nearly the equivalent of what Barack Obama has done in his first two months in office. In this short allegory, I’m President Obama. The house, of course, is the country. The roof is our economy and financial system, and the roofer, obviously, represents Treasury Secretary Timothy Geithner.  My wife and kids are the various far Left constituencies who helped elect Obama, and to whom he is politically indebted. The pool represents the Obama budget, the master bedroom is the stimulus package, and the plans to make the house green symbolize Obama’s recently unveiled healthcare initiative. My father-in-law is Harry Reid, and my terrifying mother-in-law is Nancy Pelosi.

In the last few months, our economic and financial problems have worsened dramatically, and the administration has really done nothing to fix the problems. Despite this glaring and fundamental issue, Obama continues his incredibly ambitious and expensive plans with almost no regard for the growing economic mayhem. On a day when the Dow again lost another four percent, Obama announced plans for healthcare reform with a $650 billion price tag. He’s prepared to sign a $3.6 trillion budget which will double our national debt and add more to our deficit than all of his predecessors combined; he is prepared to sign the $410 billion omnibus spenging bill replete with its 8570 earmarks—something Obama promised to eliminate. Meanwhile, Geithner has yet to offer any sort of concrete plans to address the economy. The house is crumbling around him, but the President seems determined to make it bigger anyway.

Barack Obama didn’t cause the problems he now faces, but he’s exacerbated them. What Obama and his administration should have done—and perhaps still can—is set aside other plans and focus almost myopically on the economy. Fix this, and Obama’s political capital will be nearly limitless. But fix it, and fix it now.