How long will the country's post-election goodwill last as jobs continue to decline? 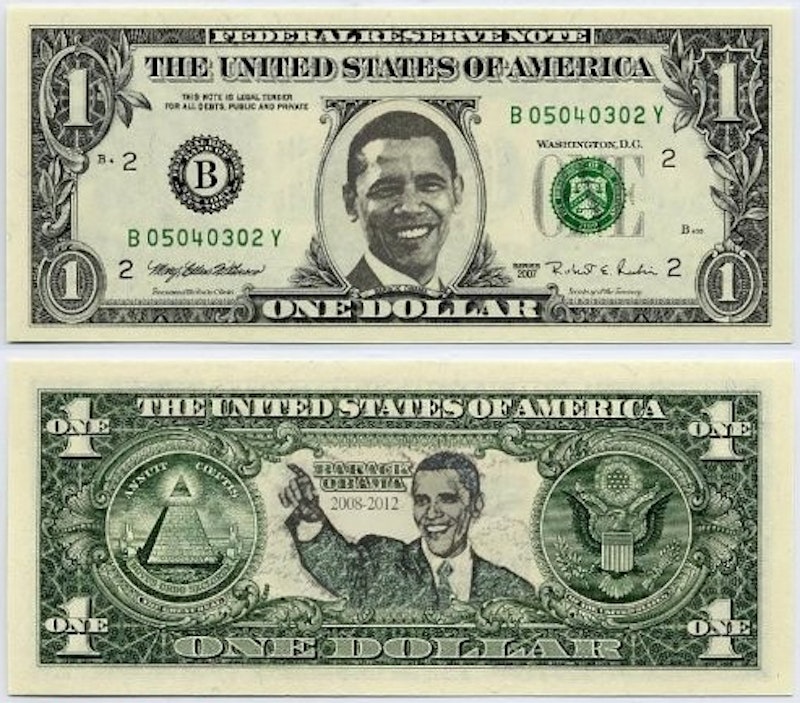 There is a growing number of Americans, including some in the dominant moderate/liberal media, who are speculating upon this question: When will Barack Obama’s “Day of Reckoning” arrive? Not this month probably, as the President’s honeymoon, while fraying, is still largely intact, in line with other first-termers (yes, including George W. Bush) who haven’t yet reached the benchmark 100-day mark. Yet while hyper-partisans yuk about the largely inconsequential theater of Rush Limbaugh lapping up attention (and ratings) and RNC chairman Michael Steele’s embarrassing apology to the talk radio celebrity, at some point, sooner rather than later, Obama won’t be able to rely on his supporters and Congressional allies to whip up the troops with increasingly pointless Bush-bashing.

As the recession deepens, with even congenitally optimistic economists unable to predict any semblance of recovery in 2009, Obama will be held accountable by citizens who’ve lost their jobs, seen savings evaporate and the stock market—which Obama unwisely commented about last week, saying that daily DJIA/NASDAQ tallies are similar to gyrating political polls—is in the sewer. As any young businessman will tell you, nothing kills off a bad product (like Obama’s economic recovery plan) faster than a good salesman. The President’s a great cheerleader, and it helps that he’s perceived as a hands-on chief executive, but if the results aren’t there, his rhetoric will ring hollow.

Bush will be one of the quietist ex-presidents in modern times, both for being AWOL since Katrina and because, unlike Bill Clinton, he doesn’t court publicity. Given the nation’s collective short attention span, it’s likely that by Memorial Day Bush will, except to the minority of never-say-die partisans (Keith Olbermann’s the captain of that brigade), have vanished from the scene.

Largely forgotten in the euphoria of Obama’s election last fall was that just under half the voters cast their lot with John McCain; judging by the relentless stream of puff pieces on the new guy you’d think he’d been victorious in a landslide reminiscent of Ronald Reagan’s over Fritz Mondale in 1984. You have to wonder whether Obama, considering the enormity of his economic challenges, which weren’t apparent until the last three months of the campaign, wishes he’d had sat it out until 2012. Probably not, but I’ll wager that on Nov. 4 of last year Obama never imagined a New York Times reporter asking him in early March if he was a socialist.

Like countless McCain supporters outside of the self-absorbed bubble of the Beltway, I wasn’t particularly happy with the results of the election, but the magnitude of the economic panic—which hasn’t lessened an iota in the succeeding months—trumped politics. Perhaps the “moral values” conservatives were bitter, but as someone who just doesn’t consider gay marriage, for example, as an issue worthy of even one minute of debate (let alone the whole abortion question, which I thought was settled a generation ago), I hoped that Obama’s immediate actions on the economy would be successful both in the short- and long-term, giving American business a boost of confidence.

Fully aware that steady improvement in battling the recession would guarantee even greater Democratic majorities in Congress after the 2010 midterm elections, that hardly affected my thinking. Don’t get me wrong: political theater is a great source of entertainment—who didn’t relish Rep. Charlie Rangel, with that classic gravelly growl, stammer about not knowing the rules of real estate and taxes, Sen. Chris Dodd (D-Countrywide) dissembling on his ethical lapses, or the number of Obama appointees who’ve apparently never heard of the IRS?—but it’s not so much fun when daily conversations with family, friends and colleagues center around the possibility of a global depression.

Rahm Emanuel, Obama’s chief of staff and the brilliant political strategist who, as a member of Congress, took on the role of Newt Gingrich and exploited GOP/Bush fatigue to elect scores of Democrats in 2006 and ’08 has, perhaps now infamously, said “You never want a serious crisis to go to waste,” meaning that his boss could play the mythic role of FDR in radically transforming the economic and social policies of the country. But the FDR canard, no matter how popular, is facile: When Roosevelt was in office, times were obviously desperate, but he didn’t face the current communications technology that would’ve recorded, and disseminated, off-hand remarks and gaffes instantaneously. In fact, FDR, with his infirmities, couldn’t be even nominated today; likewise with JFK, whose perilous medical condition was hidden from the public in 1960 but would be common knowledge today.

The public is far more savvy and educated in 2009 compared to the 1930s, to say nothing of the-instant gratification mindset that was absent 75 years ago. When more and more people lose their jobs in the coming months, increasingly it won’t be Bush who’s blamed, since they were still employed when he was in office. It’ll all be on Obama’s watch and his gift for magnificent speeches won’t matter as much as during his campaign. More and more of the President’s enthusiastic supporters will be forced to say, “No, he couldn’t.”

Scores of pundits are way behind the curve; the columns written by Gail Collins and Charles M. Blow in The New York Times on Saturday are just two examples. Collins gleefully focused on the Limbaugh/Steele brouhaha, writing, “The fact that the Republicans, who just picked Steele last month, are having this debate [over whether Steele ought to resign] underlines the fact that this is a party with more woes than Job.” Blow’s essay was even more muddled. Headlined “Three Blind Mice,” he wrote, “[T]he Republicans have dissolved into a querulous lot of nags and naysayers without a voice, a direction or a clue, and we are not amused. And who has surfaced as their saviors? Bobby Jindal, Michael Steele and Rush Limbaugh—the axis of drivel.”

It’s probably safe to say that more Americans are aware of last Friday’s news that unemployment has risen to 8.1 percent than even know who Steele is. Yet neither Collins nor Blow thought, the day after the jobs report, to mention the economy. They’re stuck in a time warp: it’s still Inauguration Day.

Leave aside criticism, well-argued though it may be, from The Washington Post’s Charles Krauthammer, or the editorial pages of The Wall Street Journal and The Weekly Standard, and consider the March 7 National Journal column from Stuart Taylor, in which he identifies himself as an “Obama-admiring centrist,” who has praised the President’s job performance in previous essays. Calling Obama’s proposed $3.6 billion budget “staggering” and his plans for spending billions on healthcare, universal secondary education and energy overhaul, “grandiose and unaffordable” Taylor says, “[H]is apparent cave-ins to liberal interest groups my change the country for the worse.” Claiming that the “markets have [been] shaken by Obama’s alarming failure to come up with a clear plan for fixing the crippled financial system,” Taylor concludes “The house is burning down. It’s no time to be watering the grass.”

Is the inexperienced Obama—not to mention Treasury Secretary Tim Geithner or the insufferable and glib press secretary Robert Gibbs—with his frenzy of activity designed to live up to the hype that he’d be a “transformative” president, in over his head? All level-headed Americans, one would assume, hope that’s not the case, and that he’ll modify his budget to conform with today’s economic reality. If he doesn’t change course, it’s a certainty that his reservoir of goodwill will be fully drained.