What Mayor Stephanie Rawlings-Blake's "doomsday budget" tells us about the state of Baltimore. 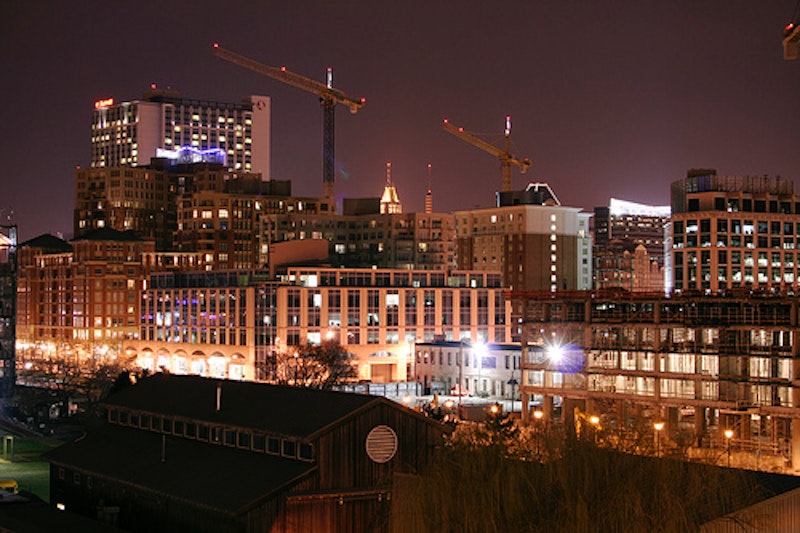 The quality of life in Baltimore is the sum total of everything the city and its institutions and people contribute. And that’s exactly why Mayor Stephanie Rawlings-Blake submitted the crash-and-burn budget that attacks the city’s Q-factor. Nobody really expects it to be adopted and it probably won’t be. She already has an alternative plan. The strategy is simple and neat: make the pitch by withholding the product.

The city’s budget, with a daunting $121 million hole, is designed to show what Baltimore would be like without adequate police and fire protection, not only the men and women in blue but the symbols of public safety—Foxtrot and the mounted police—without the network of recreation centers that are supposed to keep kids off the street and out of trouble and the city’s swimming pools that offer refreshment to those who can’t afford the private clubs.

So when the Johns Hopkins Hospital goes shopping for a Nobel laureate to add to its roster, or the University Hospital System tries to recruit a world-class researcher, they don’t talk about tax rates or Triple-A bond ratings. They discuss titles, paychecks and perks. But most of the palaver is about what Baltimore has to offer in the way of its family, cultural and institutional structure—neighborhoods, schools, colleges, theater, music, employment opportunities and, yes, even its proximity to Washington, DC—those elusive qualities that make up the city’s gestalt.

Colleges and employers do the same when they’re recruiting, whether it’s students or CEOs. Mount St. Mary’s University, in Emmitsburg, for example, brags in its brochures and other advertising paraphernalia that its rural campus is only an hour’s drive from Baltimore’s Inner Harbor. And you can bet that when a major Baltimore corporation is trying to lure a top-tier executive to its ranks they usher their quarry directly to the greenswards of Guilford or Roland Park or the gentrified neighborhoods of Canton, Fells Point and Federal Hill. There’s even an enclave of doctors in a section of Mount Washington called “pill hill.” And to showcase Baltimore’s progress, a quick walking tour of the glitzy Harbor East will close the deal.

Cities are cyclical. They have their ups and downs: they decay, rust, acquire the smudges of age and are scrubbed, re-built and bounce back more lustrous than before. Remember the urban intoxication when Harborplace opened as a testament to civic endeavor and private enterprise working hand-in-pocket? Harborplace not only put Baltimore in the tourism business, but it also helped to homogenize a notoriously xenophobic city. It commingled blacks grazing on pizza and whites scarfing down ribs. Today, Harborplace seems so twee, so quaint, so 1980s.

There’s a rhythm to a city that defines its quality of life. Today’s young and hip have the best of both worlds in which history and progress co-exist. They knock back tequila shooters in sleek retro-industrial pubs just a chip shot away from the kitschy Bromo Seltzer tower. And swinging singles size up each other over flavored martinis in historic Fells Point hangouts. Where else but in a city can you get Starbucked and mugged in the same block? Or have your car towed for parking in front of your own house in a gentrified neighborhood? Or be hassled by the hapless homeless who seem to be on every median strip in town?

The so-called “doomsday” budget is intended to scare the bejeebers out of City Council members and voters alike, which apparently it did, producing cartoon balloons of groans, grimaces, tut-tuts and told-ya-sos. It should also be a wake-up call to the institutions in Baltimore who get a free pass on the property tax, the non-profits who occupy about 45 percent of the city’s property tax base and contribute not a penny toward the city services they use like every other tax-paying citizen or corporation. Hopkins, for example, recently bought the Zurich insurance headquarters building adjacent to the Rotunda in Hampden. That’s the good news. The bad news is that it’s now off the tax books and in the Hopkins portfolio of non-profit real estate holdings.

The doomsday budget is designed to inflict pain. It does so by singling out the poorest, the powerless, the most vulnerable and the most visible, those who are least able to fend for themselves, let alone keep up with the well-heeled. And it threatens to choke off the government support system as a lifeline when all else fails. This is guerilla government at its most menacing, everybody fearing that it could happen, yet everybody hopes that it won’t. The good burghers of Baltimore, for the most part, have a heart, or at least a money belt, as opposed to those who don’t.

The proposed budget’s beauty is its imprecision. So, too, are the cuts that Rawlings-Blake is proposing. They’re the set up. They’ll allow the mayor and the folks around her to say they’ve cut as much as they can with severe damage to everyone and every program. Having cut the budget eases the way for new taxes, which, in turn, will help restore the budget cuts.

Already Council members are beginning to regurgitate thoughts about raising revenue to avoid proposed cuts, many of them familiar, such as a commuter tax and increased parking fees, both penalties that could come back to bite city residents. Yet there hasn’t been a peep out of a single non-profit about helping to share the burden in a city whose government is supported mainly by taxes on homeowners.

There’s a lot of bulldozing and bricklaying going on in Baltimore right now despite the economic downturn. And most of the activity is funded by private investment, a confident sign that the gritty city, given a chance, will hold its own. And there’s more help on the way. The House of Representatives has passed legislation that would direct millions to urban areas for construction projects.

So fire up the turbo-charged Maserati and cruise past Little Italy through East Baltimore. The projects, as they were called by generations of hons and bunkeys, as well as Lombard St.’s Corned Beef Row, have been obliterated to make way for pricey townhouses. And along the waterfront, south of Little Italy, muffin-man John Paterakis has more hotels rising than Conrad Hilton. And the city is betting heavily on developing the East side of town around the Hopkins medical campus as well as the West side around the University of Maryland complex. Now if only the non-profits would be compelled to step forward and claim full citizenship by helping pay the tab for everything that’s around them that makes Baltimore a city and gives them a welcoming home.