Maryland sports a Triple-A bond rating—maintaining that reputation, though, may not be worth it. 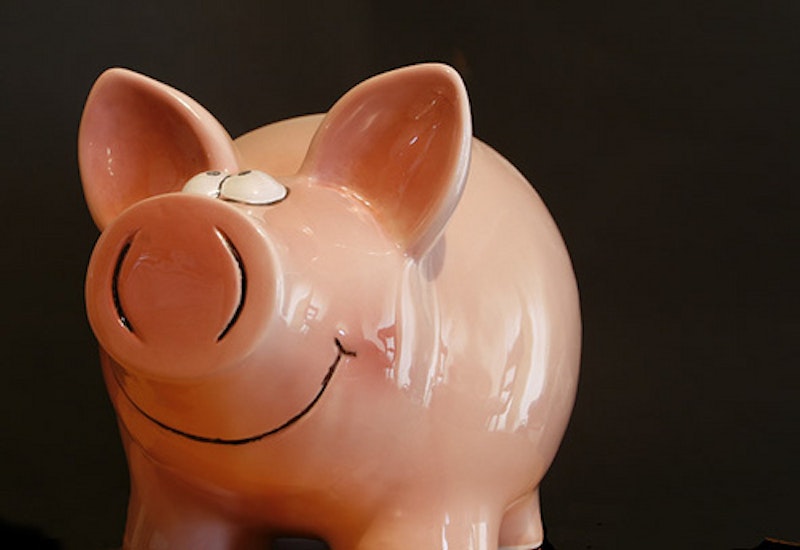 Maryland likes to brag that it has a Triple-A bond rating, one of only six states embossed with the coveted seal of approval. It ought to. The state pays generous fees for the franchise. Though it’s beneficial to the state in the long view, the sham, among others, is a by-product of the SEC report on Goldman Sachs and the bond rating houses that have their hands in everybody’s pockets, deserving or not. The SEC report has been referred to the Department of Justice for review and possible criminal action.

In the catch-penny world of high finance, the more capital letters a business or government entity has trailing its name the more desirable its bonds are and the lower the interest rate it will pay. That’s the prize. Of the eight accredited bond-rating agencies, Maryland utilizes the services of three—Standard & Poor’s, Fitch and Moody’s. For this the state pays $50,000 annually, whether collectively or individually is not clear. Every year, it’s the same Kabuki theater: State officials pretend to hold their breath, then exhale a sigh of relief when the ratings are pronounced, just as everyone expected, Triple-A.

The laugh’s on the taxpayers who foot the bill. The rating houses revue the same revenue picture, the same bonds, the same numbers every year for the same rolling fee. After all, the Maryland Constitution requires a balanced budget, so while the numbers may change from year to year, the fiscal situation rarely does. One way or another, Maryland will be able to pay its bills.

It all sounds downright innocent, as American as money with a healthy respect for capitalism. But something changed back in the mid-1970s. Up until that point, the so-called rating agencies researched and reviewed bond packages for investors that were interested in buying them. Then a major role reversal occurred, an apparent conflict of interest that’s been allowed to exist unchecked. The rating agencies began reviewing and rating bonds for businesses and governments that were interested in selling the bonds. Hence, Maryland and other government entities, hand in pocket, pay the rating agencies to award them good grades for their credit worthiness.

For years after the switch of reviewing protocols, Maryland officials spent thousands of dollars every year to wine and dine the ministers of influence on Wall Street at such accommodations as the Waldorf Astoria to win their favor and ratings for Maryland bonds.

So in a way, the bond rating agencies became the underwriters for the toxic assets, largely unregulated derivatives and default swaps that were being packaged and sold by banks and other investment houses that helped to bring the nation, if not the world, to near economic collapse. They were lending their cachet to worthless paper. So the issue has been raised as to whether the rating agencies can be impartial and whether businesses and governments go shopping for the highest possible credit ratings.

The awarding of the rating can be as cursory as a phone call to the appropriate state official, say the state treasurer, a review of financial statements and newspaper articles, or an occasional sit-down for a face-to-face meeting. States and municipalities are rated on other, higher standards than businesses. In Maryland’s case, the full faith and credit of the state is on the dotted line.

But even the vaunted Triple-A rating may soon lose some of its luster. Bond rating agencies have had a terrible couple of years with the housing market collapse and much of its valued bonds being downgraded to junk, in the tank with AIG and the rest. So now there’s a memo circulating in the higher echelons of Maryland government indicating that Standard & Poor’s intends to revise its credit criteria. Translation: It will lower its standards in order to award more Triple-A ratings to states and municipalities, thus devaluing those that exist under the higher standards. Bond rating agencies are currently free-wheeling operations. But the financial reform legislation being debated in the U.S. Senate proposes regulating all of the large publicly traded bond rating houses and possibly even those in private hands.

Not long ago, before the change of who pays for the service, Maryland put on an annual roadshow for the pin-stripers in New York. Once a year, the beloved Louis L. Goldstein, then comptroller, would lead a delegation of Maryland officials to Wall Street for a meeting with agents from bond rating houses, bankers and other financiers who were interested in purchasing Maryland bonds. Goldstein would captivate them with his cornpone antics and stories about Maryland crabs and rockfish, then invite them all to come down to the Eastern Shore for some goose hunting and the deal was done.

But those were the days when Maryland’s debt service was tied directly to the state’s share of the property tax. Bondholders knew they’d be paid because the property tax was dedicated solely to that purpose. And if the state defaulted, the bondholders could sue and force the state to increase the property tax to meet its debt obligations. Another fact that props up Maryland’s Triple-A rating is the state’s ranking as a high income state with a generous share of the nation’s millionaires. Over the years, Maryland has had the highest per capita debt of any Triple-A state.

Today, the property tax is little more than a passing consideration in the evaluation by bond rating houses of Maryland’s financial picture, another change that begs the question of their rating practices. The rating agencies are more interested in the state’s overall fiscal health as the property tax plays a diminished role in the marketing of general obligation bonds which finance capital construction projects, i.e., public schools. Two weeks ago, for example, the Board of Public Works, which reviews the state property tax annually, allowed the levy to remain where it has been for the past four years at 14 cents and will likely remain for the next four years to relieve pressure on homeowners.

The State of Maryland currently has $7 billion in outstanding bonded debt, with another $3 billion authorized but yet to be sold. These are short term bonds, usually 15 years. However, the debt service, or interest, on the outstanding bonds for next year alone is $900 million. And by 2012, the state will be dipping heavily into the general fund – which is supported by income and sales tax revenue —to help pay down the debt service, far from the dedicated property tax of old.

So as the financial reform debate bellows on Capitol Hill, the bond rating agencies will advance to front and center in the argument over just how thorough and far-reaching the new regulations should be. And Maryland, like every other state or city that subscribes to those services, had better start wondering just how valuable those Triple-A rating are. But as long as they bring lower interest rates, nobody apparently really cares.