Despite the Recession, American Society Will Not Slow Down

Peggy Noonan is only the latest columnist to incorrectly foresee a nationwide "simplification" as a result of the recession. 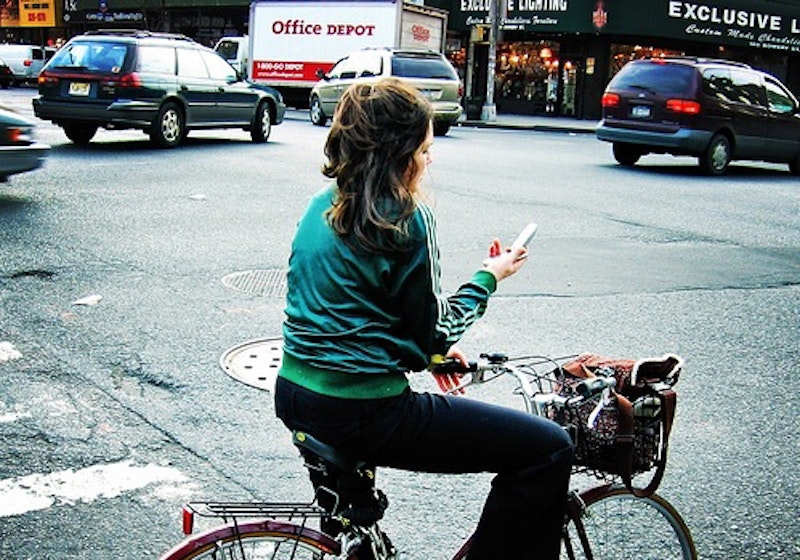 Now that Americans have tentatively overcome the lengthy panic attack of economic collapse, either resigning themselves to a long slog ahead or, more optimistically, seeking new and once unimagined opportunities, it’s apparently incumbent upon journalists to figure it all out and provide a blueprint for the country’s re-jiggered zeitgeist. Fewer people are seeking out their advice—dim actor Ben Affleck’s astonishment that his hometown Boston Globe may cease to exist notwithstanding—but one of the defining characteristics of someone who makes ends meet by writing is that he or she has no shortage of ego. It’s often painful to read some of this malarkey, like watching a friend get caught in the undertow of a giant wave, and, from a distance, just hoping nothing awful occurs.

That’s exactly how I felt on April 17 after reading Peggy Noonan’s latest Wall Street Journal column, which bore the headline “Goodbye Bland Affluence: Get ready for authenticity chic.” When Noonan is on her game, there are few pundits who can match her gift of putting observations into social and political context; her 2000 book about the current Secretary of State, The Case Against Hillary Clinton, for example, was a masterful work that encapsulated the machinations of Washington at the turn of the century more astutely than hundreds of similar efforts. However, for whatever reason, Noonan doesn’t appear to have a clue in today’s environment, as this most recent column amply demonstrates.

It’s telling that Noonan began the piece with a “sign of the times,” which was an article last week in USA Today—the still-publishing daily that is nonetheless an anachronism—which focused on a family in Michigan that, in reaction to the recession, has changed its habits and taken up farming. Noonan extrapolates this one sketch of a husband, wife and teenage daughter (and the comment thread that accompanied the story), who’ve downsized a previous lifestyle and as a result spend more time together, playing Scrabble instead of watching satellite television or indulging in “high-tech toys,” into a meditation on the nation’s pulse.

Noonan proceeds to make a raft of predictions—more drinking, “secret smoking,” “spare” home fashion, less Botox and more unapologetic “softer” bodies among the middle-aged—but the one that stands out, as if it appeared in bold type, was this: “People will slow down.”

The surest sign that she’s all wet are the words and names that Noonan doesn’t even mention in her column. It’s inconceivable that a writer pondering the country’s immediate future wouldn’t acknowledge the following: cell phones, texting, Twitter, pop music downloads, Google, lattes, Whole Foods, Amazon, Facebook, “citizen journalism,” online banking and gambling, still-popular reality television shows, and the proliferation of prescription drug advertisements. Yes, a majority of Americans are becoming acquainted with frugality, perhaps for the first time in their lives, but do you know anyone who’s giving up their cell? I don’t either, because these technological advances, fads, and gadgets (in over-50 speak) are so embedded into the culture, at least until they’re replaced by something else, that it’s impossible to compare this deep recession to those of the past.

Noonan writes: “In New York some signs of that [slower] future are obvious: fewer cars, less traffic, less of the old busy hum of the economic beehive… The New York of the years 1750-2008—a city that existed for money and for all the arts and delights and beauties money brings—is for the first time going to struggle with questions about its reason for being.” She neglects to mention the New York of the mid-1970s, when the city was going broke and crime skyrocketed and any number of sociologists at the time similarly predicted that the country’s (and world’s) most vibrant city would go the way of Buffalo. New Yorkers’ legendary air of superiority—and the resulting chip on the shoulder of Chicagoans—isn’t apt to change, unless, of course, another terrorist attack on the scale of 9/11 once again devastates the city. That’s the only kind of event that might cause a mass exodus from New York—not mere economics.

A short anecdote: On Saturday, my wife, sons and I attended a matinee of the new Russell Crowe/Helen Mirren film, State of Play, in downtown Baltimore (hardly a humming city, even in better economic times) and upon leaving the theater it was fascinating to watch half the exiting crowd with their cell phones attached to their ears, an instinctive action that’s not dissimilar to smokers lighting up immediately after being deprived of nicotine for two hours. Outside, a diverse crowd milled about, some with Starbucks drinks, others lining up at the Haagen Dazs outlet or a Tex-Mex restaurant, while a traffic cop attempted to untangle the congestion of motorists searching for a parking spot. A construction worker, mid-40s, sat on his rig sipping a bottle of Snapple and tapped out a text message. This recession dwarfs that of the early 1990s, but nonetheless this country is a far different place, and it’s certainly not slower.

Here’s what Noonan and like-minded writers don’t understand: Americans were not dissatisfied with the 21st century lifestyle when the economic Katrina hit last year, and while most are cutting back, they’re holding on to the parts they can still afford. Growing vegetables in a makeshift garden and making your own clothes is, for most, a novelty at first but gets old really fast—it also costs real money, consumes a lot of time and energy and the end product is usually pretty lousy.

Young adults and kids are still going to Tweet, text, and spend hours on sites like Facebook because that’s how they communicate with friends and figure out life. It’s not as if this generation will suddenly embrace a “simpler” existence by writing letters and keeping hand-written diaries. I’d bet that most teens don’t know the price of a first-class stamp, which may seem appalling initially, but perfectly understandable when you consider the dismal condition of the U.S. Postal System.

It’s not my attention to pick on Peggy Noonan—for she’s a brilliant and lovely woman (we’ve met on a few occasions)—but rather to point out the misconceptions in the media today. Time’s Nancy Gibbs, for example, is just as guilty of gross presumption in her April 15 article “The Great Recession: America Becomes Thrift Nation.” The weekly’s co-founder Henry Luce would’ve grimaced at this dumbed-down sentence: “We ran a good long road test of the premise that more is better: we built homes that could hold all our stuff but were too big to heat; we bought cars that could ferry a soccer team but were too big to park; we thought we were embracing the simple life by squeezing in a yoga class between working and shopping and took an extra job to pay for it all.”

Gibbs then says, “Now we’re stripping down and starting over.” Perhaps the people who comprise Gibbs’ constant use of “we” are her neighbors, colleagues and peers, but this simply isn’t an accurate description of the United States in its entirely. Sure, the recession has altered the landscape, and the acquisition of material goods and power and status has quieted down, but it’s inevitable that when the economy recovers most of what is now in disfavor will return. The only difference is that the Americans who will be in the thick of that new era—the entrepreneurs, politicians, scientists, writers, academics and entertainment titans—will have something in common: they’ll all have been born after 1980.