Iraq and Afghanistan, meet your replacements: China and Russia. 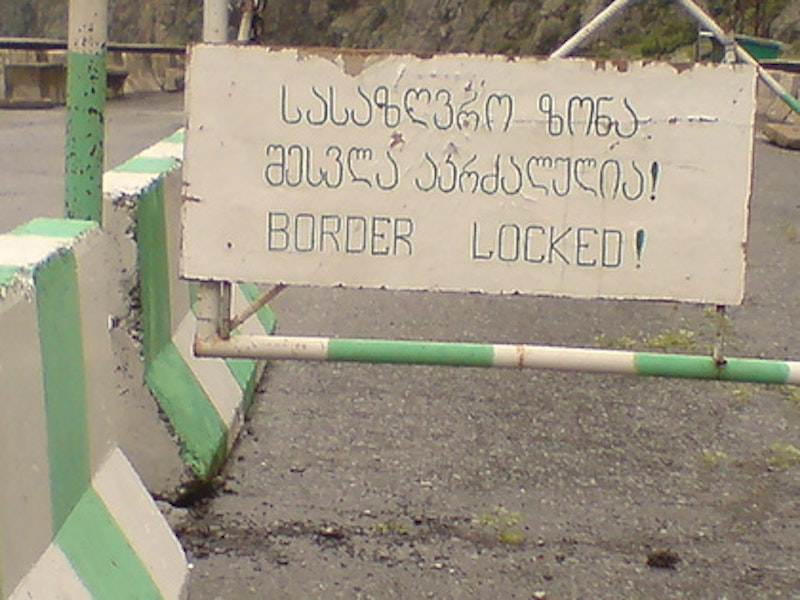 Yeah, yeah, we’re fighting a war in Iraq. Oh, and we’re fighting one in Afghanistan, and I guess we’re teetering on the brink with Iran—at least sometimes it feels that way. You could say it’s a virtual powder keg from Mesopotamia to the Hindu Kush, and the United States is made of matches—we brush up against something the wrong way and KABOOM.

Let’s be honest for a second here, though, you’re not scared. Yes, the prospect of a turbulent pseudo-military-dictatorship-democracy-Islamist-safeguard nation with nuclear weapons leaves us all a bit uneasy. And no, we don’t want to see an entire region destroy itself. But if you’d asked on Aug. 7 which nation scared me most, I would have said, “China,” without hesitation. Not because they posed a threat to national or personal security, but because they posed the biggest threat to our Olympic dominance and economic hegemony. Frankly, that’s where we’re most vulnerable right now. At least, that’s where we were on Aug. 7.

The old Soviets are gone, yet it’s the new Russia that captured my imagination a couple years ago, when the Alexander Litvinenko situation blew up in the international media. It was some real James Bond shit, like reading a serialized 1980s paperback about Soviet spies. A new interest in Russia set off my researcher instincts and set me on a crash course with Andrew Meier’s astounding Black Earth, a reporter’s profile of the nation that only increased my uneasiness.

In one segment, Meier details the 1999 terrorist bombings in Russia that set off the most recent war in Chechnya. He points out that the Chechens had never bombed Moscow before and no Chechen group took responsibility for the attacks. Just after the bombings Russian security agents were discovered apparently planting explosives in an apartment building—later claiming it was just a test exercise using bags of sugar. Without explicitly saying so, Meier’s facts suggest something both completely insane and surprisingly believable: Russia bombed its own people to spark a foray into Chechnya. What was happening over there?

Journalists go missing or turn up dead. Bombings are unaccounted for. Dissidents abroad fall mysteriously ill, covered in nuclear material easily traced back to Russia. This Orwellian melodrama should frighten those freethinkers among us. It is not the stores of nuclear weapons that make me nervous. It is that this Russian government cares. They hear what you are saying, and if they do not like it, they will go to great lengths to ensure that you are silenced. If I am involved in a mysterious car crash or my body suddenly becomes glow-in-the-dark next week, you can be damned sure the Russians are to blame.

August 8, 2008 has a special place in my memory, sharing the space only with September 11, 2001. It is only the second time in my life that the news made me feel helpless and weak. For all of our failings in Iraq or Afghanistan, I’ve never felt that my security has been threatened since 9/11. If someone fucked with us hard enough or fucked with the free world hard enough, then they, in turn, would get fucked.

I always thought the blanket of American power would be there to warm and protect all those earnestly willing to enter the free-market democratic family. So thought Georgia, too, when they foolishly—and inexcusably—sought to strengthen their control over the rebellious Russian-nationalist province of South Ossetia. You know the rest of the story. You’ve seen the tanks rolling through undisputed Georgian land. You’ve seen Western leaders scrambling for days, unable to stop the Russian advances. You’ve seen the American military stand idly by, able only to airlift Georgian soldiers from Iraq to Georgia. You’ve heard Russia claim they were pulling out, only to keep pushing forward, then claim the Western journalists were lying about the continued attacks. They lied about invading a country! We are up against lunatics.

Unfortunately, real action by the West would be a kamikaze effort. We could dump their money from our banks and stop buying their resources, but that would be a massive financial blow to Western economies and infrastructure. Russia’s aims aren’t at taking over the West, but reestablishing their control over their Eurasian sphere. Sure, China isn’t invading a country, but what if Taiwan or Hong Kong or Tibet declared independence? It would be the new Georgia, a former state—never quite under full control—asserting itself. Sadly, it doesn’t make sense to incur the economic fallout when we’re not ourselves under threat. This is what makes Russia and China so scary: we can’t do anything to get them to play by the rules if they decide to break them, just like no one could really stop us if we decided to break the rules.

Yes, we’re not above invading a threatening nation, but never to occupy and annex. By 2010, we’ll be out of Iraq, while South Ossetia will have become part of Russia. I trust America with its power not because we’re inherently better, but because we believe in self-criticism and the free press. We question our government earnestly. We worry about our standing in the world, not because we want to be the most powerful, but because we want to lead by example. Sorry, China. Sorry, Russia. You just don’t get why we’ll always wield so much influence.

No happy ending exists to this New Cold War. No neat solution lies around the corner. We need to do what we can, supporting real democracy around the world, but also careful not to ruffle too many feathers. If we can’t do it with force, we do it with money, legitimacy, and influence. After that, all you can do is hope China and Russia come around. Damn, it almost makes me miss the War on Terror. Things seemed so easy before. On the plus side, one thing the New Cold War does have is enemies with Olympic teams, so at least the Olympics will be interesting for the next couple decades. Let’s just hope we can hold them off for one more go-around.