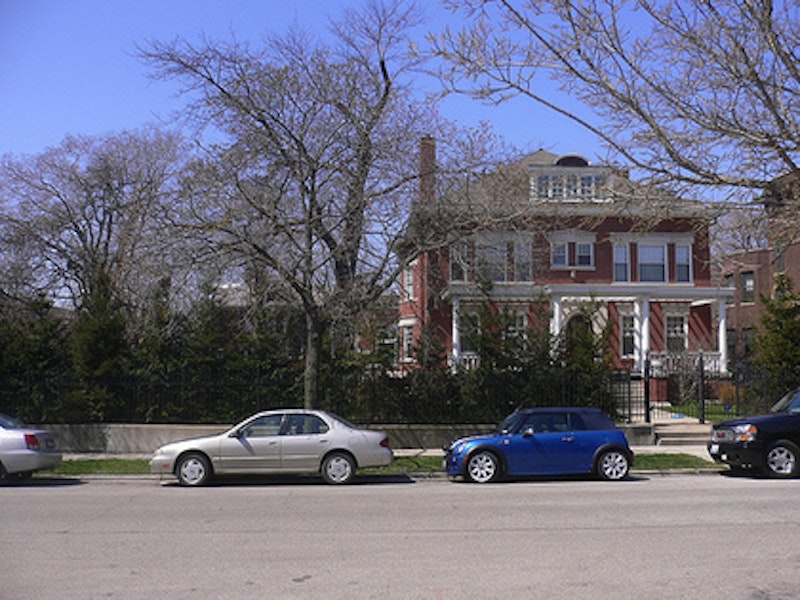 In 2000 America introduced a new standard in our evaluation of presidents. Honor, courage, principle, and the rest were still part of the equation, but our calculus in separating George Bush from Al Gore added the new variable of “beer-drinkability.”

Maybe what we meant by this imagined barbeque judgment was general average-ness. But that standard doesn’t seem to hold up. After all, the epitome of beer-drinkability himself spent much of his life in boardrooms, skyboxes, and mansions. They do serve beer in those places (despite Miller High Life commercials to the contrary), but of course the irony is that George W. himself has been a firm teetotaler since the 80s. So perhaps, then, it’s not so much about whether he would crack a cold one or not at this theoretical barbeque. Rather it’s his communicability that we mean. In other words whether he would crack jokes, shoot the shit, and just hang out—even if it’s just a Diet Coke in his Solo cup.

I don’t know whether Barack Obama drinks beer or not. But if we extract the underlying point from the beer-drinkability standard, he does seem like a cool guy to hang out with. (Let’s not even begin to contrast him with McCain, who could no doubt entertain with several filthy jokes from his Navy days, but would most likely need an herbal tea at eight to fall asleep by nine.)

Obama’s regular-guy appeal is verified anecdotally in Chicago, particularly in Hyde Park, where I currently live. Everyone in his home neighborhood has some Obama story or another, usually punctuated by their striking normalness: Michelle volunteers at her daughters’ school! They eat lunch!

A recent article in The Washington Post examined the strains of the presidential transition on Obama’s desire for normalcy (and not normalcy in the pejorative sense of Warren G. Harding). These investigative reporters scooped that Obama likes getting a trim at his barbershop and shopping at the local grocery co-op. He likes playing basketball with his friends and appreciates driving alone because it gives him time to think. Now that he’s president-elect, the article gravely concludes, these comforts of home are fading away to the necessary detachment of being “boxed in” by scrutiny and security. (The reporters themselves, of course, are blissfully unaware of their own role in building that box by broadcasting the banal details of the man’s life.)

From the perspective of Hyde Park it’s encouraging that the Obamas were able to minimize the physical and social space between themselves and a normal life for so long. Right until election night my dog and I could stroll across the street from the Obama house. Sure, we were under the watchful eyes of cops the entire time (and probably some unforeseen sniper’s scope). But I could, at least potentially, throw a Frisbee into his yard. As a mere candidate he remained close enough to play catch with, which is at least a respectable approximation of what people might do at these theoretical barbeques where presidents hang out drinking beer.

Since the election the physical space has changed, and we can only assume Obama’s experience is changing with it. Now we have the Hyde Park Green Zone, an extension of the security barrier by another block and dozens more imposing police. My aim with a Frisbee is not good enough to make it into his yard from that distance. In fact it’s hard to even see the house anymore from publicly accessible space. This is the distance of a president, and it is the difference between the chance of an actual encounter and an entirely imagined one.

Obama’s community organizer instincts are right to fear this distance, although it’s hard to see how he can avoid it. To me, my dog, Hyde Parkers, and almost every American, he is little more than a construct now, an entity more real in the media than he could even potentially be in our lives. His existence is now controlled, with the consequence of avoiding essentially all direct contact with us. And—more importantly—we are now little more than constructs to him. We are barely more than poll numbers, memos, and news stories. At best our representation in front of the future president will be ground up like sausage and processed through an interest group or a congressional office.

We can’t serve Barack a Garbage pizza any more at Medici’s. We can’t stand behind Michelle as she orders coffee, trying hard not to stare and secretly hoping she appreciates us for not staring. We won’t joke with him while he gets his hair cut, or buy the same cucumbers that he buys. How much this distance affects the forthcoming President Obama is impossible to predict, but it seems equally impossible that it won’t affect him at all. The best we can hope for as he grapples with a fundamentally changing world—perhaps—is that as much as we indulge imagining having a beer with him, he vividly imagines having a beer with us.