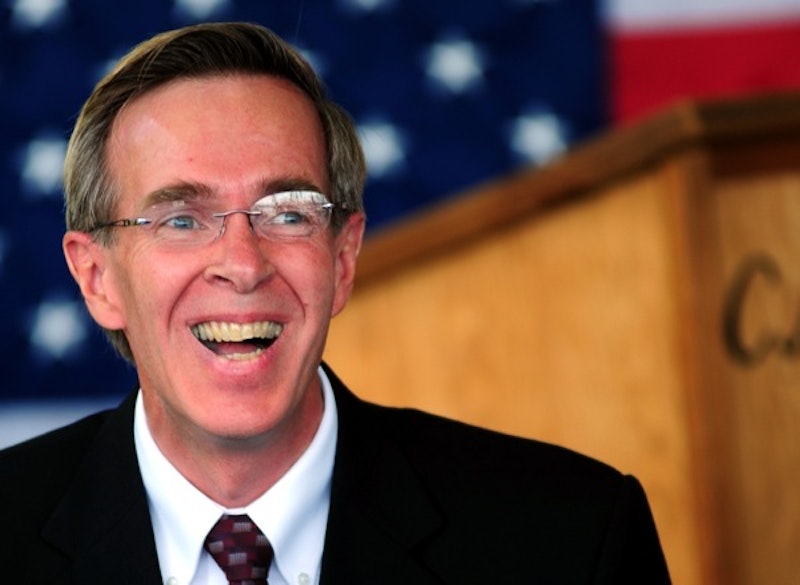 In the early 1960s, William F. Buckley Jr. and a group of Republicans who were disgusted with the tilt of their own state party established the Conservative Party of New York. They stole the idea from the Left. Thanks to New York's quirky ballot laws, where a candidate may run on more than one party line, small parties that provide the crucial margin of victory for a candidate can enjoy huge influence. The state's Liberal Party mustered such influence and state Republicans were dominated by such liberal Republican heavyweights as Nelson Rockefeller, Jacob Javits, and John Lindsay.

That left New York conservatives with little choice other than the fourth party route if they wanted to have any influence on the state's politics. And it worked—for a while. Bill Buckley ran against John Lindsay and Democrat Abe Beame in 1965, taking over 13 percent of the vote. Lindsay ran for reelection and won, but as a Liberal not as a Republican. In 1970, Bill's brother James Buckley ran for a Senate seat as a Conservative against both Democrat Richard Ottinger and liberal Republican Charles Goodell.

Jim Buckley won the three-way race and captured the Republican nomination in the next election, though he didn't manage to pull off a second term. The conservative threat pushed the politics of the state to the right for the other parties as well. Democrat Daniel Patrick Moynihan beat Jim Buckley in 1976 but only after defeating the very liberal feminist Bella Abzug in the Democratic primary. In 1993, Republican Rudy Giuliani—Rudy Giuliani!—was endorsed by the Liberal Party in his successful bid for mayor of New York City.

Things had settled down considerably for the Conservative Party since the early, heady days. Some critics charged that it would simply rubber stamp whatever candidate the Republicans nominated. But then along came New York State Assemblywoman Dede Scozzafava, the Republican Party candidate for the November 3 special election to fill a vacancy in the state's solidly Republican 23rd district. Scozzafava is a liberal on social issues and a liberal on the sort of hot button economic issues that excite grassroots conservatives, including card check for unionization elections and, quite possibly, healthcare.

She was endorsed by the state's very liberal Working Families Party—it occupies the left wing agitator niche that the state's Liberal Party used to hold—in the past and she first refused to answer and then called the cops on Weekly Standard reporter John McCormack when he repeatedly asked if she would vote for a healthcare overhaul that included funding for abortions or raises taxes.

If the state Republicans were looking to revitalize the Conservative Party, they have succeeded beyond all measure. First-time candidate Doug Hoffman, a social and fiscal conservative, has drawn support from a who's who list of conservatives around the country, including former Sarah Palin, former House Majority Leader Dick Armey, and Focus on the Family's Dr. James Dobson and even cautious moderates such as Minnesota Governor Tim Pawlenty.

Going into the weekend, it looked like Hoffman might pull a Jim Buckley-style upset, beating both Scozzafava and Democrat Bill Owens. Then Scozzafava, facing the real likelihood of placing a distant third, dropped out of the race on Halloween. Republican National Committee chair Michael Steele, who, along with Newt Gingrich, had been one of the last, stubborn defenders of Scozzafava, said in a press release, "Effective immediately, the RNC will endorse and support the conservative candidate in the race, Doug Hoffman. Doug's campaign will receive the financial backing of the RNC, and get-out-the-vote efforts to defeat Bill Owens on Tuesday."

That could give Hoffman the edge. According to the Sienna poll, released the day Scozzafava dropped out, her hemorrhaging support had gone disproportionately to Hoffman. He climbed from 16 percent at the beginning of the month to 35 percent. Owens' support rose from 28 to 36 percent. If the Republican candidate's remaining, and now former, backers have even a slight preference for Hoffman, he will win.

The New York Times quoted one conservative activist saying the race is "about the soul of the party," but that seems a stretch. As an unreconstructed northeastern liberal Republican, Scozzafava is a blast from the past in more ways than one. Fights within the Republican Party of New York used to matter for their consequences in the rest of the country. Nelson Rockefeller came close to capturing the Republican Party nomination in 1964. But now his ideas are mostly ignored and his political descendants are marginal and opportunistic members of the Grand Old Party. In her withdrawal announcement, Scozzafava called herself a "loyal Republican," then she put the lie to that by endorsing former Democrat rival Bill Owens. Somewhere, Bill Buckley is laughing.