Barack Obama Made Me Cool 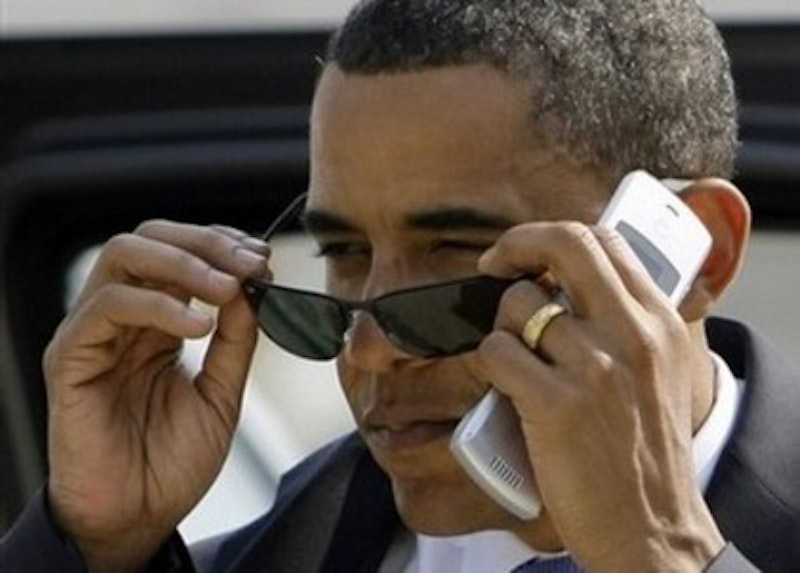 I’ve never been one of the cool kids.

It didn’t help that my mom dressed me in turtlenecks and stretch pants until I was 10, or that I used to sew my own felt “pocket-mice” and wear them in my breast pocket, or that I was one of the last girls in the seventh grade to start shaving my legs. I can’t reminisce about the high school parties because I didn’t go to any, and the first time I was offered alcohol in college—as part of an initiation ceremony—I did a water shot instead. Oh, and marching band uniforms—need I say more?

But there it was on the front page of the Metro, a British commuter paper, on November 5: “The day America became just a little bit cool again,” with a picture of Barack Obama smiling and waving.

Me? Cool? It’s true. Since Election Day, no one here in England, where I’m a graduate student, has bullied me for covert violence, nation-building or economic imperialism. In fact, they haven’t even teased me about my accent. Instead, everyone wants to talk about the election, to rehash my team’s victory. That’s never happened before.

I don’t know if I can take credit for my sudden coolness. Sure, I voted. I followed the election, but so did half of the Brits I know. I didn’t campaign or register voters. I didn’t pen any brilliant columns urging people to vote for Barack Obama. I didn’t give money to the campaign. And I certainly haven’t discovered a newfound sense of fashion. I’m wearing a turtleneck right now.

Yet somehow, I’m cool by proxy. Everyone wants to be an American now, because we have the greatest claim to the excitement that’s sweeping the world. In these days of escalating food prices, economic recession, the terrorist threat and global warming, the world has never experienced such a universal wave of optimism, and everyone wants a piece of it. Around the world, the population of “Canadians” abroad has probably been halved.

When someone becomes part of the “in-crowd,” someone else is likely to end up a loser. On November 5th, a British friend complained: “Half of our humour is gone—we can’t make fun of you Americans all the time anymore!”

Will my new “in” status last? Obama’s inherited such a mess that it’s impossible for him to live up to his promise. When I railed on George Bush recently to a friend for “killing people,” he reminded me, “Obama’s going to kill people too, you know.” The war in Iraq is not yet over, and commitment in Afghanistan is likely to grow. No one knows for sure how to rescue the economy, and we can’t afford to restructure health care, reinvest in public education and launch a “Green New Deal” at the same time.

So I’m going to bask in my newfound coolness it while it lasts. I can already feel it starting to wane.

But you know what? Nowadays, turtlenecks and stretch pants—at least in England—are back in style.