Ryan’s slick flow-chart budget presentation may have an emotional appeal to Tea Party cells, but the numbers are pure fantasy. 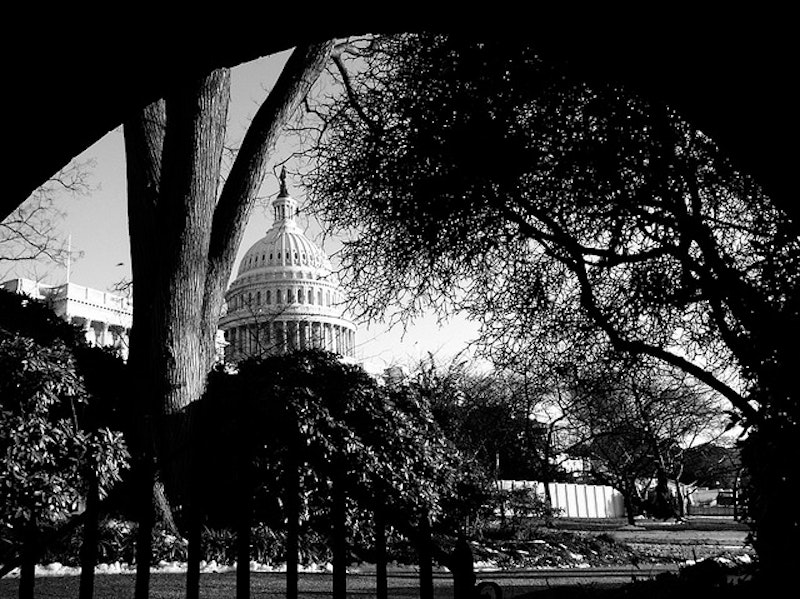 Rep. Paul Ryan’s reckless riff on a federal budget is pure Republican orthodoxy down to the last cynical decimal point: Reward the rich and screw the poor. It is not so much of a blueprint to reduce the debt and the deficit as it is another ideologue’s attempt to deconstruct government by striking at the base of the Democratic party. Ryan’s idea, some of it borrowed, some of it new, would privatize Medicare, get the federal government out of the Medicaid business and cast the poor to the whim of the states under a bloc grant system and award the wealthy a massive tax cut. And once the walnut shells have been maneuvered to an appropriate degree of distraction, ObamaCare would evanesce into the night just as the Republican Gods intended. If Ryan’s plan were a Rorschach test, he’d be accused of showing the public dirty pictures.

Getting out of the hole could have been so easy. Repealing the Bush tax cuts for the wealthy would have produced $4 trillion, exactly the amount that would have been realized by adopting the recommendations of the deficit study commission headed by Erskine Bowles and Alan Simpson which everyone has chosen to ignore. And the second simple step would have been to establish Medicare for everyone, a transfer of health care to government away from private employers as every other civilized nation does. Instead, Republicans (and Democrats, too) insisted on paying off their donors in the pharmaceutical and health care industries with lavish subsidies.

What has been happening in Washington is no simple dance of legislation. It is an ideological stiletto fight involving basic rights and competing party principles. There have been three moving parts, separate but inter-related: (1) The continuing resolution to keep government running until the current fiscal year ends on September 30; (2) The budget for fiscal 2012, which is what Ryan’s ludicrous proposal is all about; and (3) The debt ceiling which must be raised by mid-May so borrowing can continue or the federal government will be in default.

No one denies that America is in a mess. Much of the hang-up in Congress is over ideological issues such as environmental regulations and abortion rights, neither of which has anything to do with the budget or the running of government. Republicans had attached at least 50 non-negotiable policy riders as conditions to a budget agreement. Republicans are demanding that environmental controls be relaxed as a reward to financial backers such as the right-wing Koch brother whose estimated $44 billion fortune is tied to oil, lumber and paper. And their periodic regurgitation of anti-abortion rhetoric, a demand that Planned Parenthood be defunded, is a bend-over sop to the GOP’s fundamentalist base and the Tea Party’s yammering know-nothings. It is truly the theater of the absurd. But the temporary budget accommodation that was reached delays the debate over environmental controls and women’s health care until later in the season.

Ryan’s slick flow-chart budget presentation may have an emotional appeal to Tea Party cells but the numbers are pure fantasy. It is little more than the usual free market, deregulation baloney that helped to get the nation into financial trouble in the first place, i.e., the housing collapse, derivatives, etc., for which not a single Wall Street robber baron has paid the penalty of imprisonment. Ryan’s proposal saves nothing, but, in fact, shows virtually the same rate and amount of growth and debt over the next 10 years as does the Obama Administration’s projections. It adds, by Ryan’s own admission, $5.7 trillion to the debt over the next decade alone.

What it does succeed in accomplishing, though, is shifting to the private sector the health care honey-pot, the fastest growing area of the gross domestic product, and lines the pockets one of the largest contributors to Republican causes and campaigns—the health care industry. Ryan’s plan would provide vouchers to those eligible for Medicare which would allow subscribers to purchase health care from private providers. And it would leave senior citizens to deal with soaring health care costs on their own beyond the government subsidy’s worth of the voucher.

Ryan’s plan would reduce the upper tax limit from 35 percent to 25 percent for wealthy individuals and corporations, the very same people who already benefit from the Bush tax cut that is costing the treasury $4 trillion over 10 years. The tax cut, Ryan claims, will produce and economic boom the likes of which America hasn’t seen in 60 years. Ryan’s budget plan is little more than a cynical gesture in a pauper’s will. It is, simply put, a massive transfer of wealth to those who financially fertilize reelection campaigns.

As for Medicaid, the health program for the poor, Ryan would dismantle the federal program and provide bloc grants to the states and let them decide how much health care to deliver to the hapless poor. Bloc grants to the states are risky business and often do not arrive at their intended destination. In the “Great Society” era of President Lyndon Johnson, bloc grants were a primary way of channeling money to the states. But the states often had other ideas on how to spend the federal largesse. Money to feed hungry black children in the Deep South, for example, often found its way into construction budgets to build prisons and highways. Because of that budget legerdemain, “mandates” were born, requiring the states to use funds arriving from Washington for their intended purpose. Picking on the powerless is a favorite Republican ploy as many of the poor are in urban areas which help make up a large wedge of the Democratic base.

Finally, if Republicans, especially the Tea Party members in the House, refuse to raise the $14.3 trillion debt ceiling by May 16, the United States would begin defaulting on its debts by July 8. Some Tea Party loonies in the House have stated emphatically that they will not support raising the debt limit. The consequences would be disastrous. The U.S. could no longer borrow money and would be unable to pay its bills. Its bonds would be devalued and worthless and its credit would be devastated. The interest payments on the debt this year are $212 billion and under Ryan’s cockamamie plan would rise to $700 billion by 2021, according to estimates. No one expects the GOP to refuse to raise the debt limit although there is no doubt that it will be a fierce partisan fight.

The three entities involved in the protocol standoff over money and ideology are the Obama Administration, the House of Representatives and the Senate. Democrats control two of the three, with the GOP in command of the House. There, Speaker John Boehner (R-Ohio) is being increasingly shoved to the right by the Tea Party members who were elected on a pledge to cut government spending. But each side, Democrats and Republicans alike, have core beliefs, pet social programs and political bases to play to and satisfy. So the background noise is more about political theater and scoring points than it is about correcting the economy.