Too much compromise, too many missed opportunities. 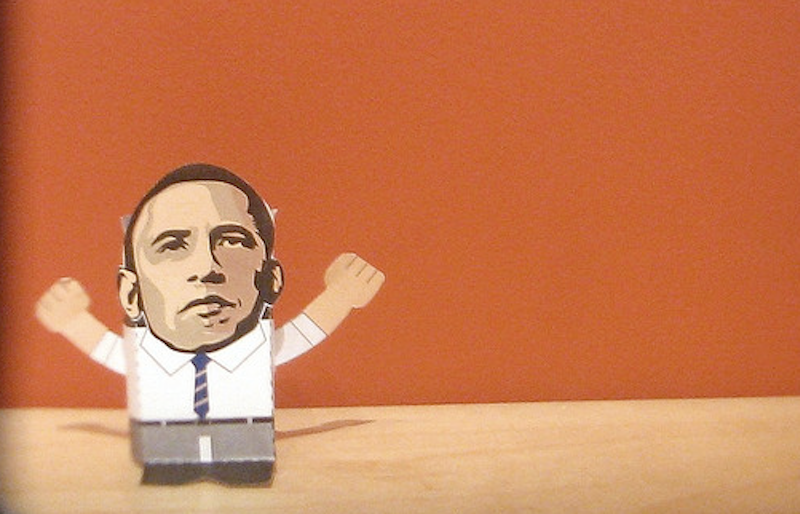 When did Barack Obama get so boring? The violent revolution in Libya is yet another missed opportunity by the President and his administration to show some balls and take a tough, principled stand on what is an unequivocal human rights disaster. His comments this week showed his trademark cautious nature, expressing a general sense of outrage while never referring to Libya's leader by name. Muammar al-Gaddafi is massacring hundreds if not thousands of his own people as we speak, and all the President has to say about it is "We're pretty upset." I understand Gaddafi is a complete loon, and with hundreds of Americans still trapped in Libya, aggressive confrontation would be ill-advised—you never know what that crackpot’s going to do. But is more of the milquetoast pragmatism we've seen from our President the past two years.

I like Obama for the most part, and like millions of Americans got swept up in his truly epic 2008 campaign. Turns out Obama as POTUS can't compare to Obama the Campaigner. Time and time again he has straddled the line and copped out of tough choices. Everything he does feels compromised, and while stubbornness is no virtue, a little strength in one's resolve goes a long way. And even if his comments on Libya were muted to preserve the safety of Americans abroad, the horrific nationwide bloodbath happening right now in Libya deserves more than a cautious statement that genocide is bad.

I think there's no question that Obama's economic and foreign policy woes would be greatly ameliorated by a more enlightened and active stance on social issues. His administration wised up by announcing it'll no longer defend the ridiculous Defense of Marriage Act, something Obama should've done on his first day of office, along with striking down Don't Ask, Don't Tell. That's the kind of tangible change I was hoping for in 2008, and what's so frustrating is that these are changes that would take weeks, if not days. It's completely absurd that segments of our people are being discriminated against because of their sexual orientation. It's a vestige of America’s puritanical roots that's best left to textbooks, yet Obama has thus far been afraid of really saying something on this issue, fearful of inflaming the right, or perhaps due to his own homophobia. He is continually crippled by his will to compromise and to please everyone, and in the process pleases few.

But back to our friends in Libya. There may be 500 or so Americans in Libya, but there are thousands more Libyans targeted and slaughtered by a tyrannical and murderous regime right now. Meanwhile, the nutty professor Gaddafi claims he and Obama are friends. Gaddafi's madman ramblings and bizarre idiosyncrasies would be clownish if he wasn't such a brutal authoritarian, in the most egoist and Roman sense. Finding common ground and mediation are good assets to have, but in a case so stark, a tame response feels like an insult to the dead and maimed Libyans fighting for their freedom. Obama needs to grow some balls and condemn Gaddafi, and accuse him of being the lunatic he is.

But we all know if he were really smart, he'd legalize and regulate the sale of pot. How sweet does The Great American Surplus sound? Another story...