A Single Spark Can Light a Prairie Fire

The widespread, everyday fear throughout China. 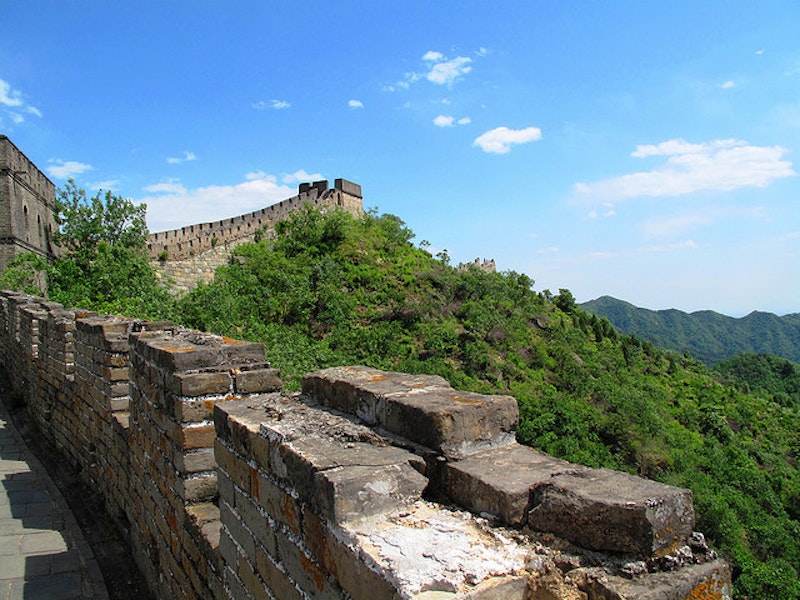 Last Saturday, The Wall Street Journal interviewed Natan Sharansky, a gulag prisoner turned politician and global freedom proponent. When asked about the uprisings across the Middle East, Sharansky explains that all people invariably want to live in freedom, and that dictatorships are inherently unstable and destined to collapse. He applies a “town square” test to determine whether or not a society is truly free, and consequently whether or not a regime is destined to falter: Are citizens able to protest in their town square without fear of arrest or physical harm? The answer across the Middle East has proven “no,” and the mere phrasing of such a question when applied to China conjures images of students staring down the barrel of a tank in Tiananmen Square. Therefore, according to Sharansky’s test, an uprising against the Chinese Communist Party (CCP) is inevitable.

Yet because the CCP has remained as omnipotent today as it was at the beginning of Deng Xiaoping's open-market reforms in 1979—which began a transition from Soviet-style collectivization to China's current "Socialism with Chinese Characteristics," or capitalism—many are quick to denounce a decline of the CCP, and also the conventional western wisdom that says democracy and capitalism are necessary bedfellows. Despite the innumerable and often unspeakable human rights violations committed by the Chinese government, the sturdiness of the CCP autocracy has helped thrust China into becoming the world’s fastest growing economy, spurring the largest migration in human history as millions of workers leave the interior farmlands for the coastal factories. Meanwhile, we have heard very little about activism at the hands of Chinese citizens since the 1989 Tiananmen Square incident. So has Sharansky missed the target with China?

I visited China this past spring, and much of what I witnessed points to a Sharansky-esque uprising as a long shot. Traveling under the auspices of a prestigious British school, local high-powered businessmen and their families (who drove government Audi A8’s and didn’t feel the need to obey traffic lights) discovered our trip and insisted on wining and dining us. Our journey occurred during the censorship controversy between Google and the Chinese government, and while the tone of the dinners never called for such provocation (as I suspect is the case even when Westerners aren’t present), it was impossible to resist raising this topic. The discomfort of our hosts was immediately apparent when mentioning Google, and we were abruptly told that “What happens between Google and the government is just politics. The government deals with that, and we just live our life.” What was apparent in this thinly-veiled explanation was that our hosts had conceded a lack of power in these matters. It wasn’t that they didn’t care, although they knew frighteningly little about the controversy, but rather that decades of cultural revolutions and stymied free speech had indoctrinated our hosts into believing that it was better just to ignore these types of things, since for their entire lives, the Chinese people have witnessed purges on outspoken groups. The “we just live our life” bit was particularly telling: the Chinese people have for so long had their voices suppressed that they simply don’t bother with trying to be heard out of fear of arrest.

Among the less privileged classes, the same sense of apprehension exists. In our travels, most citizens across Beijing, Shanghai, and Chengdu seemed too overwhelmed by the pace of business and their own displacements arising from a China that once offered cradle-to-grave care, to a raw capitalist machine with an extremely limited social safety net. Many poor families were centered around small shops and businesses in squalid conditions. In the 2008 book China Road: A Journey Into the Future of a Rising Power, NPR Correspondent Rob Gifford hitchhikes across China from Shanghai to Kazakhstan, documenting his encounters with Chinese of all stripes. Gifford’s anecdotes reveal similar senses of fear. In a particularly telling chapter, he documents the ill-fated Henan province city of Shangcai, where thousands of citizens lay dying at the hands of a government blood-selling program gone wrong.

In the early 1990s, the local Shangcai government devised a way of raising money by harvesting blood from poor farmers to sell to pharmaceutical companies that used the blood to develop vaccines. When farmers learned they could make more money in a single day through this program than they did in a month, the news of the program spread. Unfortunately, so did the HIV virus. One of Gifford’s subjects explained, “The main reason we sold our blood is poverty. And the main reason for our poverty is that local taxes are too high. Local officials tax everything. All they want to do is make money.” By the year 2000, thousands of farmers were dropping like flies. An appalled Gifford asks his subjects whether or not there’s anything the farmers could do to make the local officials answerable for what they have done, to which they reply, “Nothing. If you oppose them on anything, they simply put you in jail.” Gifford presents the same idea to others in the area and is mostly met with silence as citizens feel powerless against local government, even in instances as severe as the HIV outbreak in Shangcai.

The similarity between my experiences with the leading business classes and Gifford’s with the inland peasantry can be summed up as fear. If a scenario as dire as that of the Shangcai HIV outbreak cannot spur an uprising, it is difficult to imagine what might. For generations, Chinese citizens have seen their attempts to be heard squashed by a seemingly omnipotent government that will do whatever necessary to prevent an uprising.

But if there’s anything from the turmoil in Egypt and across the Middle East that can be applied to the forecasting of China’s rise, it is the spontaneous nature of uprisings against authoritarian regimes that Sharansky feels could not have been predicted by anyone, even “specialists—Sovietologists and Arabists.” Across the Middle East we have witnessed throngs of well-informed citizens, in part, thanks to powerful social media networks, taking a stand against dictators in a seemingly instantaneous fashion. Despite the fact that the Chinese government blocks its citizens from websites such as Facebook and Blogspot, there is only so much censorship a government can impose without shutting down the Internet altogether.

Young Chinese who have grown up around computers will find ways to communicate, and coupled with an increasingly Western-looking education system (for example, the nascent MBA programs popping up all over China), the spread of ideas will only increase with time. In many ways, we have already seen the cracks in the CCP ice begin to spread with dissidents such as Liu Xiaobo winning a Nobel Prize, followed by awkward denouncements by the Chinese government.

In a 1930 letter written by Chairman Mao to his comrades who were pessimistic about their chances of overthrowing Sun Yat-sen and the Nationalists, Mao declared, “a single spark can light a prairie fire.” While in the short term most of China appears too stricken by fear to light the 21st century version of that spark, Sharansky’s prophecy may indeed be fulfilled by an increasingly mobile and informed Chinese citizenry, and it may occur at a time when we least suspect it.