A Safe Haven for Crappy Parents

Nebraska no longer allows parents to drop their children at hospital doors regardless of the kid's age. No reason to visit anymore, I guess. 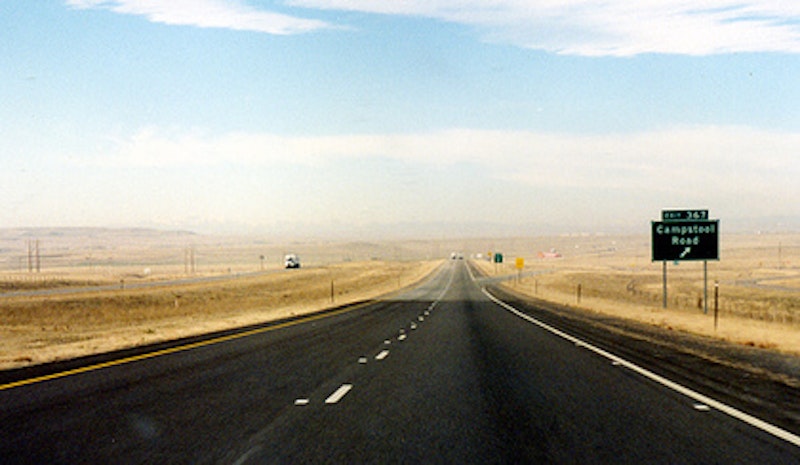 I don’t know about the rest of y’all, but the news that Nebraska recently altered its Safe Haven Law to ensure that parents could no longer legally abandon their teenage children not only wrecked my weekend plans but made the Midwest a lot less interesting. For those of you not following it, let me hip you to the most engaging case of child abandonment this side of the Boxcar Children.

Most states have what are called “safe-haven” laws, ordinances under which recent mothers are not prosecuted for abandoning their newborns at hospitals, the hope being that without fear of legal reprisal women would be less likely to abandon their children in trash cans or what have you. What made Nebraska’s law different is that, whereas other states define the length of time after birth which a baby might legally be left at an emergency room, the state senate of Nebraska chose not to be so explicit with their language; as a result, an astonishing 35 teenagers have been abandoned at the entrance to Nebraska hospitals and emergency rooms since the law’s inception in September.

There are a lot of really, really funny things about Nebraska’s safe-haven law, so many in fact that one wonders if the influential late-night talk-show host lobby wasn’t at work in getting it enacted. Personally I'm fascinated at the acumen displayed by whoever recognized this loophole. I’m not talking about the people who jumped on the “leave my child by the side of the road” bandwagon after the first news stories came out. That just shows you’re a shitty parent. I want to find the person who combined a willingness to abdicate their responsibilities as the head of a family unit with a the meticulous temperament necessary to do a line by line reading of a state senate bill and figure out that it presented an opportunity to finally rid themselves of the consequences of a broken condom during the Clinton administration. Who is this person? What do they do for a living? Have they been keeping their eyes open for a method to ditch their progeny, or were they just reading the paper one day when this leapt out at them? I want to shake their hand and then hit them in the face.

As word grew of the legislative mishap, citizens from other parts of our great Union traveled to legally discharge their spawn in the Cornhusker State, like a salmon run of horrible assholes. “Earlier in the week, a father flew in from Miami, Florida, to leave his teenage son at a hospital, officials also said.” That’s one silver-tongued papa. How do you convince your unruly (you have to figure unruly; presumably this isn’t the valedictorian varsity quarterback being dumped in the E.R. parking lot) child to get on a plane with you to Nebraska? Fake a long lost relative? Tell him there’s a big pot of money waiting for him in Lincoln? For that matter how do you get anyone to board a plane to Nebraska? Tell them they’re going to Seattle?

The whole story is chock-full of the kind of details that make comment almost superfluous. “Tysheema Brown drove from Georgia to leave her teenage son at an Omaha hospital.” My Lord, that’s an uncomfortable car ride. Wow. That’s 22 hours in an enclosed space with a woman who is planning to disown you. She continues, “Do not judge me as a parent. I love my son and my son knows that... There is just no help. There hasn't been any help.” Look, Ms. Brown, we let you legally abandon your child. I don't know what else you think the public owes you—gas money? An iTrip? Also, did you really need to give a quote? You didn't win the Super Bowl, you failed at the most fundamental task a human being can have. Slinking away in shame is the appropriate action here, to the extent that there could be an appropriate action after having given up your son to the ministrations of the state of Nebraska at the tender age of 15.

I pity these poor legislators. How do you come to grips with the reality that you caused a serious error due to not having a sufficiently jaundiced view of the human race? That has to be the most depressing emergency session of Congress ever. How does one go about explaining this mess to your constituents? “Apologies, citizens of Nebraska, we were operating under the impression that your inconceivable selfishness, vast though it was, had to be less powerful than the biological imperative, inherent in all creatures, to pass on your genetic material. We have since realized our mistake and have taken measures to rectify the situation, you grotesque parodies of humanity. Rot in hell.”

This story made me rethink the years of severe physical and emotional abuse my folks put me through. Sure I still can't walk into a shoe store without crying, and that facial tic never went away, but at least they waited till I was 18 to eject me from the bosom of the family, and even then were kind enough to do it on the East coast. I'd give them a call if I had any idea where to find them. And in a weird way, it's made me more comfortable about having children myself. When I'm a father—I should say if I ever choose to acknowledge any of my children (sorry, Trevor, not today, ha ha)—at least I'll have this to fall back on during the many birthdays I forget and school functions I get drunk at. “Hey kid, I'll say,” slurring my words. “At least I didn't drive to the Midwest and forcibly eject you from our mini-van. Now get Daddy another bourbon.”