You Learn The Most When You're Having Fun

Nightlife Studies and redesigning the Humanities. 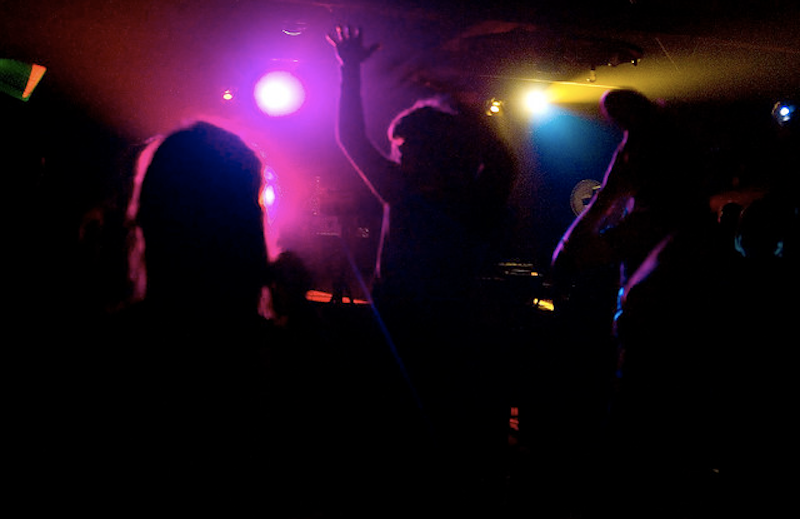 This Fall I’m teaching my own undergraduate seminar at Yale about “Dance Music and Nightlife Culture in New York City.” Isn’t that just amaze? It’s kind of like a walking tour of the history of nightlife in New York—you know, what the nighttime means, why we party, how we relate to the music. But how do you speak about nightlife intellectually when by its very nature nightlife disappears as soon as the sun comes up? There’s no novel you can read again and again. You can’t really study notes and take a quiz on it. Nightlife doesn’t crystallize itself that way, and that’s the point. Nightlife is about the ephemeral. Your hook up is peaced-out by the morning; the stamp on your hand gets washed away in the shower; that DJ mix you just heard was on fire but you can’t get it because it was for that one moment only.   So how do you intellectualize and historicize something that disappears?

We met for the first time this week, and I introduced the goals of the class by talking about this fabulous socialite/heiress from 1915 named Eugenia Kelly. Forget Paris Hilton—Eugenia Kelly’s mother actually put out a warrant for her arrest because the bitch was partying too much, and too publically at that. She drank too much and stayed in the cabarets way too late;  inappropriate behavior for a proper young heiress. It’s an amazing example of modernity—of how we come of age in the modern city. I used this much-publicized scandal from 1915 to get students thinking about how the main issues related to nightlife—escapism, freedom, experimentation, fantasy—radiated from 1915 to their lives in 2011.

“Didn’t you ever sneak out of the house while your parents were sleeping?” I asked the class. “Well, now imagine if your parents put a warrant out for your arrest and talked to the local ABC News station to calm your partying antics down. What would that feel like?”

Girl, they ate it up. In fact, student interest in this class is overwhelming and, I have to say, I knew it would be. For days my inbox foamed at the mouth with notes from people pleading to be let in. They’d tell me they were from New York or rehearse their experiences in New York City nightlife as reason enough to be let in the class. I’ve never seen students so excited to be in a single class. What’s this excitement about? Do they think it’s going to be fun? All partying and no work? And what does this outrageous interest suggest about the things the humanities as a field, and academia writ large, needs to do to stay afloat?

Today’s college students (read: customers) are thirsty to learn about pop culture. They want to understand the zeitgeist. Unfortunately, though, it seems that few are really teaching pop culture in this way. If they do, it’s a matter of showing a glimpse of an Andy Warhol painting, or screening a recent film as an example of “popular culture.” That’s one approach. Or else it’s about criminalizing the joy that pop culture brings, proffering a more standard, critical academic approach where everything is bad and/or constructed, everyone is oppressed, and nothing is good for you. I was recently on a panel with a very prominent senior faculty member and the panel was about queer progress in the media. I talked about a show on MTV that I thought was a clear example of the progress that queers have made on screen. As expected, somebody in the audience bummed us all out and asked about all the negative stereotypes the show promoted. Then the famous scholar jumped in and said, Well, first of all, it’s just popular culture. Everybody expects popular culture to provide the answer when we don’t even have these conversations about negative stereotypes in our own communities, so how can we expect popular culture to come in and save the day?

The scholar was dead on. And, in fact, I’m afraid that unless the humanities opens itself up to more interesting kinds of research and teaching, the discipline will continue to shrivel up and become less and less relevant, meaning America will have tons more “mathematicians” and “pre-med” people than we actually need. This is not because nobody wants to learn history or study ancient Greece—it’s because we need to figure out ways to link ancient Greece to what’s happening on film or in fashion today, to show that there is history in popular culture, just like how I related Eugenia Kelly to the lives of the 20-somethings in my class. It’s like, science is always perceived as this practical field with real life implications, so obviously they get the huge dollars and the big grants to do their all-important, lab coat-wearing science stuff. People don’t see the humanities that way. We’re just wasting everybody’s time.

Then, of course, there’s the old guard who just doesn’t believe in my line of scholarship. They don’t get it. Well fine—retire, already! It seems like every month The Chronicle of Higher Education prints a new article about the downfall of the humanities, history and English departments, thanks to suspicious sounding things like ethnic studies, pop cultural studies, and cultural studies. These scholars think that the only true path to academic thinking is for things to be obscure, hard, and completely divorced from “popular culture.” But I’ve always said that it’s easy for things to be hard. It doesn’t take a lot of work to make something seem hard. What I hope to do in my teaching career is take something as frivolous and fluffy seeming as “dance parties” and make them extremely complicated. The way I see it, I’m brainwashing my students into learning hard concepts by making it seem easy, fun. Hard is easy. Easy is hard.