The author speaks at a conference panel and finds academics have a hard time conflating fun with research. 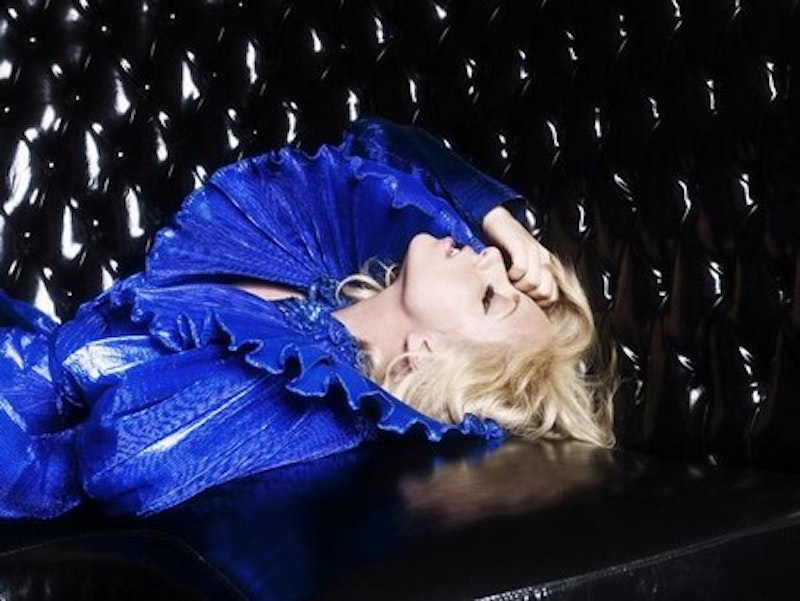 Madison Moore fantasized about James Franco’s white cock. Would it be beautiful and thick, or slimy and uncircumcised? This is what he thought about in front of an audience of 75 as he sat on a panel titled “Re/(vision)ing Popular Culture: Current Debates in the Field” at the National Literary Association Annual Conference in Los Angeles. By now Madison had been to so many conferences that he knew how to squint his eyes and bob his head in just the right way so as to deflect any suspicion that he wasn’t listening very closely to the life altering remarks of the other panelists. Fantasizing about celebrity cocks, he realized early on in graduate school, was the key to surviving a conference panel.

The “Re/ (vision)ing Popular Culture” panel included Madison and two others, one of whom was Simon Hayes, a tenured professor of American Culture at the University of Michigan. Simon’s a good-looking radically left dude with salt and pepper hair that always wears a hot pink bowtie. Where do you get a lifetime supply of hot pink bowties? Simon has a reputation on campus for being the chillest professor around, and because of that students flock to his classes—probably because he teaches about 1960s and LSD, probably also because he sleeps with students, rumor has it. But what professor hasn’t slept with a student?

Elle Julie, a professor of Sociology at New York University, spoke right after Simon on a topic that was either about cookbooks or American Idol—it’s hard to tell when you’re not listening. As Julie spoke, Madison studied his bio as it appeared on the back of the conference program: “madison moore (all lower case) is an Assistant Professor of Glamour Studies in the Department of Popular Culture at Harvard University, and a columnist for American Vogue. He received his Ph.D. in American Studies from Yale, and his research interests include glamour studies, porn, popular music, fe…” The session was almost over, thank God, and now Michael Halperin, this noted scholar of popular culture, was foaming at the mouth with a five-minute long, mostly unintelligible rant/question that people at academic conferences are especially prone to ask.

Michael said, “And Madison, when you spoke about Lady Gaga’s use of fashion and glamour in her performance persona, you didn’t address the corporeal labor that goes into making the clothes that give Gaga her glamour; that is, what about the disenfranchised, minoritarian subjects who are producing that glamour, who are tucked away in sweatshops and being paid 10 cents a day to make Lady Gaga, a privileged, Western white woman, glamorous?”

Madison said (sunglasses on), “Um. Glamour is amazing,” only slightly rolling his eyes at The Noted Scholar, still devoting 65 percent of his brainpower to imagining James Franco’s hot piece, deciding it was definitely circumcised.

Michael said, “Is that all you have to say?” taken by the brevity of his reply, alarmed that an untenured professor, albeit at Harvard, would dare to be flippant to a scholar of Michael’s regard.

Madison said, “Uh, yeah. I’m like not really interested in oppression, so I suggest you go read some Karl Marx and just take it from there.”

Michael said, “You can’t be serious, right?” sitting back down in his chair as the crowd hissed, shifting in their seats. Noticing the commotion and the now pleasant fact that the panel was out of time, which means the faster everybody can disperse to their various happy hours, Jerome Casey, the panel moderator, asked the room to halt to all further questions and join him in thanking the three panelists.  Applause. Smiles. Handshakes.

As Madison closed his laptop, unplugged his cord and dongle, gathered his notebook and pen, sunglasses still on, Michael Halperin walked up to the table to clarify his question. “I hope you didn’t take my comment the wrong way—I didn’t mean to seem abrasive.” “Don’t worry—I’m wearing PVC pants. I have very thick skin,” Madison quipped.

Michael says, “I just don’t really understand all this glamour stuff. I don’t get it. I mean, what’s the point of it all? And don’t take this the wrong way, but I think work like yours is what’s wrong with the humanities right now. Your research isn’t really research, it just seems like an excuse to go out, party, and do drugs if you ask me.”

“Well if that’s what you really think, at least one of us is having fun” Madison says, putting on his Balmain platinum gold peaked shouldered blazer and excusing himself from behind the table, texting Maurizio to say he was finished with his panel now, is skipping the keynote, do you want to meet for drinks at Bar Nova.

Madison enters the bar. Crowded. Smokey. Spots Maurizio, air kiss. How did your talk go? You know, I think it went well. But I’m so sick of people like Michael Halperin attacking my project like it’s not valid, like my research isn’t worth anything because I’m having a lot of fun with it, you know? Oh, I totally know. They’re just jealous because you’re teaching about fun stuff in a new department at Harvard, and they’re not. Let the haters hate. Just do you. Yeah, I guess. But now I’m up for tenure, and even though Harvard hired me, I’m convinced they hate me or just brought me on for show, so it’ll be especially interesting to see what happens next.