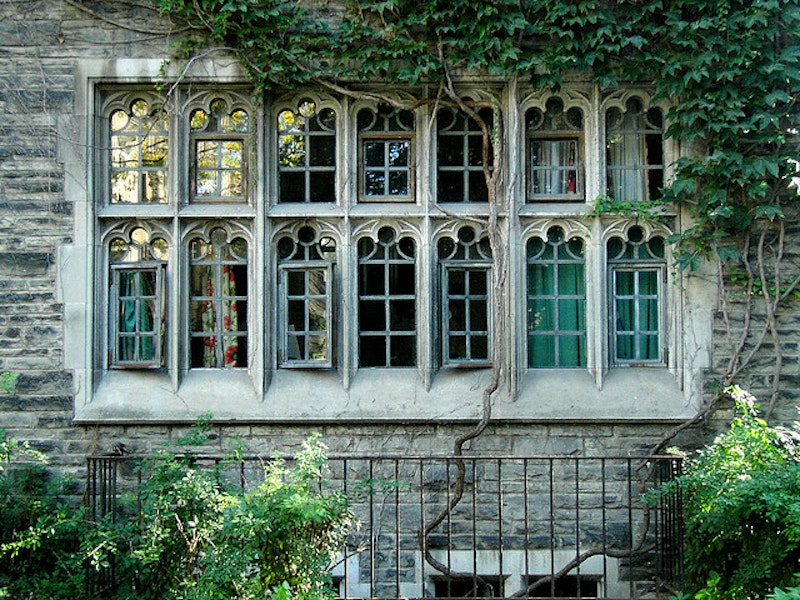 By now you’ve probably heard something about the sociology professor at the University of South Carolina who’s offering that class, “Lady Gaga and the Sociology of Fame.” Over the past few days, news about Mathieu Deflem’s course has gone viral, with coverage spreading out from The New York Times to CNN and everywhere in between. In its own way, the amount of news about the course has become its own theory of fame. But while the Gaga course itself sounds fabulous, the whole production around it is entirely overblown, and it actually exposes a key problem with American universities.

First, there has been a tidal wave of academic buzz on Gaga, and Deflem’s course is not the first on Lady Gaga, though he says it is. At the University of Virginia, Christa Romanosky offers a first-year writing course, “GaGa for Gaga: Sex Gender, and Identity,” where “students analyze how the musician pushes social boundaries with her work.” A new edited volume of scholarship on Lady Gaga, of which I’m a contributor, is forthcoming. And over at Yale, my own university, students are organizing a full-length graduate conference on The Gaga this spring.

“Gaga Studies”—and I will stab any person I see at a conference who claims this as an area of interest, just P.S.—mixes media studies, fashion, pop cultural studies, popular music, and gender. According to Deflem’s syllabus, the Gaga class “will introduce students to a sociological analysis of selected social issues related to the work of Lady Gaga...the central objective of this course will be to unravel some of the sociological relevant dimensions of the fame of Lady Gaga.” Sounds like a standard sociology of celebrity course, if you ask me; a course that has been taught and re-taught in sociology programs around the country for years. Most courses on celebrity spring out of the interdisciplinary area of “celebrity studies,” where cultural critics like Chris Rojek, Leo Braudy, and to some extent Pierre Bourdieu duke it out over what fame means and what cultural value it holds.

But no matter how delicious Deflem’s Gaga course sounds, I find the circumstances totally annoying. Why does a course on Gaga make the news, and why is the media steadily checking in on what folks are teaching at universities? When I took an infamous English course at the University of Michigan, Professor David Halperin’s fascinating “How to Be Gay,” America’s Favorite Conservative Fred Phelps brought his people to Ann Arbor and protested, and MTV came to interview everybody in the class. In all the promo for that, Halperin was grateful that Michigan stood by him and his effort to teach the class.

Most people outside academia are totally unaware of what professors go through to get a single course approved. There are probably a million fabulous pop culture-savvy course proposals out there that get squashed every semester.

Last year I proposed to teach a class in the Yale Summer Session on models, with the title “Supermodel: Body Politics, Fashion, and Performance.” That course basically looked at race, class, gender, and beauty on the catwalk to show that models aren’t just living clothes hangers, but indicative of cultural attitudes towards beauty and race.

While my particular department was very enthusiastic about the proposal, the overlords in the Yale administration shot it down, despite the fact that—get this—both Princeton and Penn had recently offered full-length courses on models. So why did they cut my catwalk short?

Well, they didn’t love the word “Supermodel” in the title, and I was prompted to change the title to the much less exciting: “Women in Media.” I don’t even think I’d be able to stay awake teaching that class. But I knew that if the course had the word “supermodel” in it, the house would be packed and students would be breaking down the door to get in.

A source close to the situation told me the major issue was that Yale thought a course with such an explosive title would attract a ton of media attention, much like the Model Memoirs course did at Princeton and Deflem’s Lady Gaga course is doing now. “Yale very much likes to stay out of the media,”  I was told. And I totally understand that.

Here’s the thing: universities are too hypocritical on the matter, and need to decide whether they want publicity or not. A course on “supermodels” would attract publicity, and you’re telling me, University Overlord, that you don’t want it? But wait—doesn’t academia feed off of publicity and fame? Go to any top university’s website and they will tell you that they are so fabulous that they have X number of prize-winning faculty. Over at the University of Southern California, for instance, on every faculty member’s webpage is a list of all the awards, conferences, courses, and media appearances they’ve done.

In fact, the whole point of the tenure-system is a fame exchange program: you give us that research that will make us a leading institution, and we will give you job security so you can’t ever get fired so you can keep doing your research that makes us famous. If a scholar wins a massive prize, a Pulitzer, a MacArthur, a Nobel, a whatever, he gets publicity and so does the school. And if you don’t win awards and bring the university accolades, you will get fired.

Interdisciplinary Seminars I Would Teach If A University Approved Them:

1) How to Be Fabulous
2) Last Night’s Party: Race, Class, Gender on the Dance Floor
3) Williamsburg Radness: On the Intersection of Art, Cool, and Real Estate
4) Lady Gaga and the Politics of High Fashion
5) Supermodel: Body Politics, Fashion, and Performance
6) Beyoncé: Race, Performance, and Pop Music
7) The Urban Catwalk: Fashion and Street Culture in America
8) Downtown