Murphy’s Law Is Not A Joke

But you can still laugh if you want to. 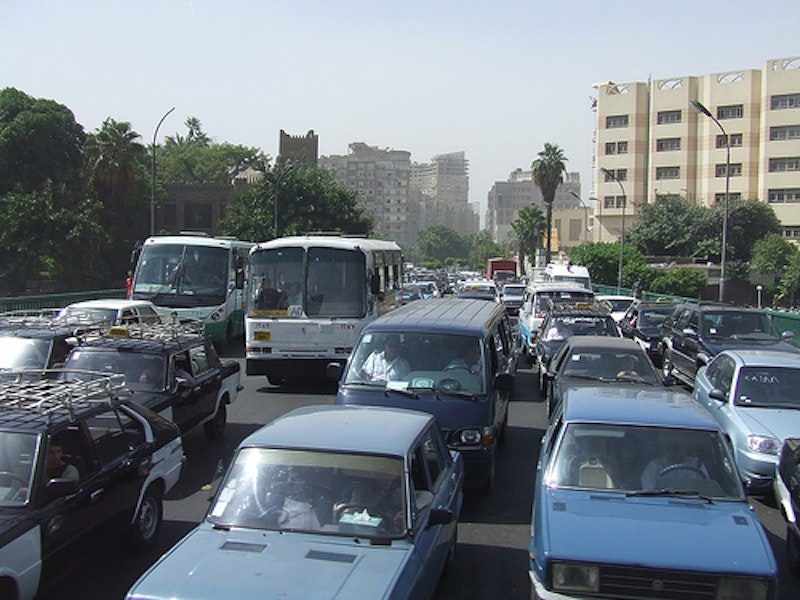 How come every time I’m in a hurry and need to be somewhere, like, right now, something always creeps in and fucks it up? Just the other day I went through the hassle of ordering a cab for 7:45 p.m. I even let my class out five minutes early so I would make the taxi to make the 8:07 p.m. train from New Haven to New York.

“Alright, see you next week!” I say at virtually the same time as I’m slamming my laptop and gathering my things and heading out the door and running down the stairs and chasing after the taxi that’s waiting on me. But it’s now slowly starting to pull away so I panic, then run even faster at it.

I’m in the cab. Fifteen minutes to go, start to feel confident that I’ll make the train.

By the time we get to the fourth light, I realize that I’m not going to make my train because we are going to get stopped at every light between downtown and Union Station. FML.

It shouldn’t have happened this way! Sure, it was the last minute, but I had plenty of time to make the train. You know, until Murphy’s Law came in and fucked up all the traffic lights.

Confession: I’ve always been a last minute person. Not in the sense that I turn things in after a deadline; more that I wait to do stuff until I can’t wait any longer. I will watch Project Runway marathons even when I have a paper due in four days, but two days before it’s due you will not see me until after the paper is turned in. This does not make for the best personal relationships, I’ve noticed, because the stress puts you on edge and you can only focus on this thing and nothing/nobody else.

I like to do things at the last minute because there’s something exhilarating about having to birth a paper of earth shattering brilliance in a compressed amount of time and under obscene amounts of pressure. Having a short paper due in two days really forces you to make intelligent connections, to figure out really difficult issues because you don’t really have the time to lollygag! People who don’t procrastinate, who write their papers days or even weeks before they are due can’t be trusted.

Is this the best way to work? Perhaps not. But when I’m under so much pressure, I focus in such an intense way that it’s almost addictive. Everything else around me shuts off, even if I am in a coffee shop, and I zoom into whatever I’m doing.

However, every time I finish a project this way, my preferred way, my computer explodes, or else all of the printers on campus mysteriously run out of ink, or else the earth has opened and The Lord has returned.

One time I had to write a tough paper while I was going on an audition at the Cleveland Institute of Music during my senior year of high school. I obviously didn’t start writing the paper until the minute I was on my way to Cleveland, because it was a really hard essay to do.

When I got to Cleveland I practiced my scales and worked on that paper. I stayed up late to finish it and, though I had a ton of trouble with it, I remember having a couple more pages than I really needed. So, yay! The next day I proudly mailed off my masterpiece and played Barber with all my heart.

Back to school. The professor hunts me down, tells me she never received the masterpiece. Panicked, I show her my receipt, proof that I mailed it. Not good enough. I tell her I will reprint it. Okay. But now the disk I saved it on is damaged, obviously, and there is only an unfinished version on it, of course.

Why is this happening?

I finally get her the piece, and she reads it. Wait a few days. Now the trollop tells me I’m In Big Trouble because she thinks I plagiarized my piece. Her reasoning? The ideas were way too sophisticated, especially given that before I left for Cleveland I cried in her office because I didn’t think I could do the paper. At the end of all the drama, she accepted the paper and gave me a C-, my lowest grade.

I think that this is my worst case of Murphy’s Law to date. And yet, I still procrastinate. What can I say, I’m addicted!

In my life I’ve seen that Murphy’s Law is basically the truth—that whatever can go wrong at the last minute will in fact go wrong. So when my students come to me and are all “the dog ate my computer” or “aliens landed in my house” I’m just like: I don’t want to hear this. Sometimes you’re telling the truth, but maybe this time you’re not. Just get it in to me.

You know what, though? If you take step back and think about a time that Murphy came to get your ass, you’ll see just how funny it all really is.