The pressures of secondary education are exaggerated and no one is blameless. 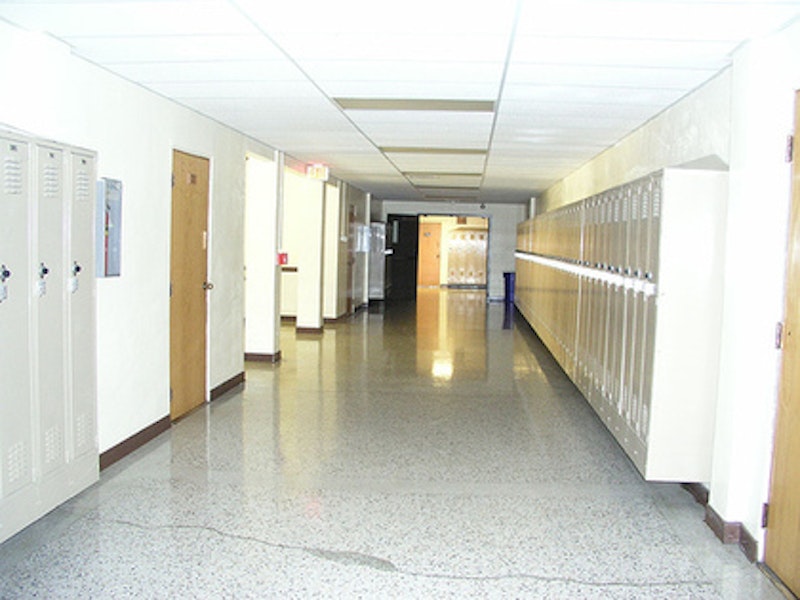 A few weeks ago I attended a mandatory parent/student program at my older son’s high school—from seven to nine p.m., thanks very little—the purpose of which was, to use the lingo of a generation ago, to “rap” about drinking, drugs, trust, peer pressure and the temptation of danger that apparently lurks from every corner of north Baltimore. The format divided the assembled into 10 discreet groups of grown-ups and kids (your own child was purposely not in the same classroom) and questions devised by the host organization—made up of reformed addicts of various stripes who now lecture at schools across the country—were asked and debated in a rather awkward manner.

I’ve no intention of criticizing the well-intentioned motives of the high school administrators, but it was a pretty strange two hours, at least from my perspective. Obviously, no parent wants to discover their child is up to mischief, and just as obviously the hypocrisy level was off the charts since everyone has a past, after all. For example, I wasn’t going to volunteer that one morning, as a 16-year-old, I woke up in a pool of puke from the previous evening’s festivities and, feeling much the worse for wear, had the onerous task of cleaning up my room in a flash since prospective buyers of our house were stopping by at 8:30. I suspect that other parents were also in no mood to come clean about decades-old events.

In any case, one question that really threw me was “How do you manage stress?” I understand that in some extreme cases teenagers deal with depression, impossible goals set by their parents and dysfunctional families, but in general, if I might be intentionally provocative, what exactly is stressful about high school? One of the most common topics in popular culture, whether it’s depicted in novels, memoirs, films and television shows, or just bruited about in conversation with friends, is how much high school sucked. I’ve never bought this. Sure, a loose case can be made that Life Imitates High School, in that the student government go-getters in senior year often wind up in positions of power, like a city council or even Congress, and that the cliques of the popular kids evolve into a similar dynamic later in life, but so what?

At 53, my memory is still quite acute, and frankly, high school was a lot of fun. I had a small circle of hippie friends and after school we’d listen to records, play touch football, flirt, pull pranks on annoying teachers, rag on the jocks and engage in other activities that are best left to the imagination. The only pressure I felt was to achieve a high grade-point average so that a good college would offer me not only admission but also a scholarship. Aside from science, the rudiments of which still escape me, I dutifully completed a typical routine of three or four hours of homework each night, crammed for final exams and still had a lot of time to fool around with friends.

And I was hardly a Big Man on Campus; wasn’t a talented athlete chased by chicks; had a lousy case of acne; and certainly didn’t have my own car the snappy duds of the time that rock stars showed off on album covers. (Really, even 43 years later, has there ever been a more accurate personification of cool than the picture of Bob Dylan on Highway 61 Revisited?)

In addition, I think it’s doubtful, as my kids and their friends insist, “things have changed drastically since you were our age.” On the surface, yes: I used a typewriter and went to the town library for research, and there were no cell phones, texting, Facebook, Wikipedia or video games as means for procrastination. No AIDS to worry about, just the clap. And although this generation rightfully marks 9/11 as a traumatic event (as do most Americans), when I was a kid the Vietnam War was still raging and the draft hadn’t yet been repealed. I do believe it would rankle me, if I were a teenager, at all the nonsense promulgated by Baby Boomer academics, journalists and think-tankers that today’s kids have been “dumbed down” and somehow don’t possess the same level of intelligence as in previous generations, as if a certain i.q. level is peculiar to any generation.

Nevertheless, the routine of high school remains the same. You wake up early, take a bus, walk or drive to school, gossip and talk about music, politics, parties, and plan for the weekend, go to classes where you like or dislike particular teachers, get involved in after-school activities like sports or drama or not, and then go home or off to a part-time job. Perhaps you’re idealistic: today that would mean volunteering time for a political candidate like Barack Obama, ranting about the wars in Iraq and Afghanistan or educating others about global warming and carbon footprints. In the late ‘60s and early ‘70s, I helped run an underground newspaper at school (actually a collated collection of mimeographed pages), cheered on Gene McCarthy, called Richard Nixon a crook (and George Bush, by the way, had nothing on Tricky Dick, as a reading of Rick Perlstein’s fine Nixonland will amply demonstrate), and showed up at various rallies.

One time, in 10th grade, there was a sit-in at Huntington High School (on Long Island) protesting the lack of any courses that examined black culture. My English teacher, probably about 25, saw me there just before his class and when told I’d be skipping his class that day, he enthusiastically said, “Right On!” After the sit-in was concluded, which drew a reporter and photographer from The Long Islander, I overheard the organizer, a precious if obnoxious white kid who later went to Columbia University, say to one of his friends, “Man, that was tough, I really need a joint right now.”

The high school experience still looms large in the consciousness of too many adults. Last weekend, I was reading the hilarious and well-written blog Arjewtino and he was riffing on things he hated, at 33, about high school. Taking off from an Onion article, in a list of 12 people he’s happy to never see again is: “The girl who was accidentally named prom queen but who actually finished as runner-up: Sucks to be you. Maybe if you had been nicer to people they wouldn’t have laughed so much at your misfortune.” I bust a gut at that one, but even 20 years ago when I was 33, I couldn’t have named the prom queen, star quarterback, student council president or more than a handful of the 500 students in my graduating class. To be fair, Arjewtino is mining these memories for blog purposes, but what’s every other adult’s excuse?