The minds of kids don’t all think alike. 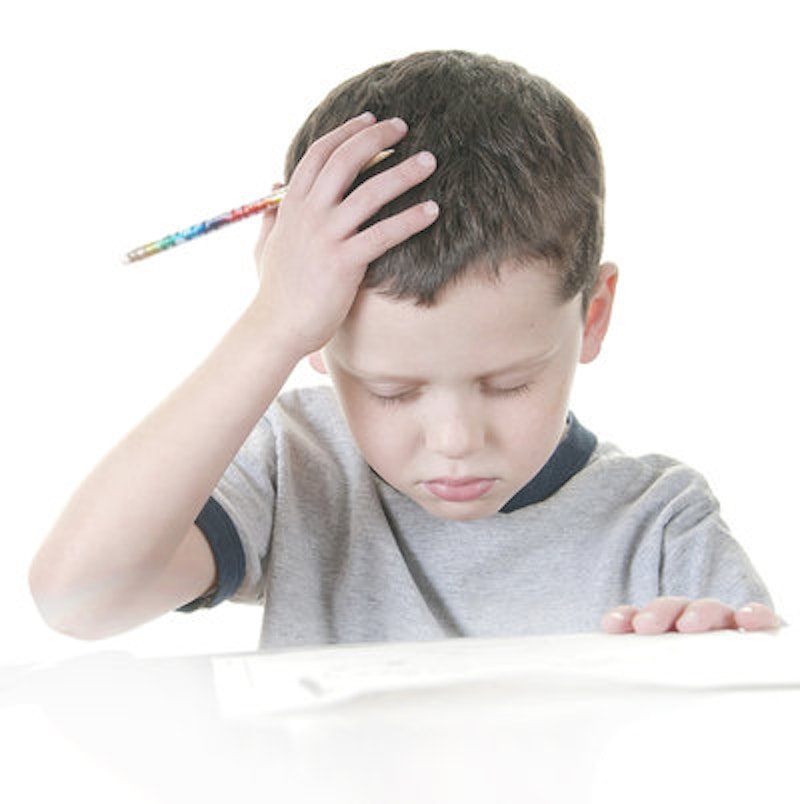 My children attended the local public school from kindergarten through fifth grade. There were only 13 to 15 children in each class and all the teachers knew everyone by name. The building was in a field on a rural country road. In some ways it was good, having a small, idyllic school. On the other hand, because it was so small, any unwarranted or diverse behavior or thinking was noticeable.

School made for a long day for my son. He hated sitting still. If the spirit moved him, he’d be up and across the room to the window, watching a deer run across the grasses or the long-awaited yellow buses pulling up. His books and papers were covered with scribbles. I knew this was his way of distracting himself from the process of education. He was intelligent and a natural-born athlete but had no interest in academia. I dreaded answering the phone, thinking it would be another teacher telling me what lessons my son hadn’t completed because he was talking or daydreaming in class all day. I guess I should’ve been more diligent when he was designing and building those skateboard ramps instead of doing homework,

He was tested for ADHD but no signs of it were found. The psychologist told me my son just had to be “doing” to learn. He was a “hands-on” kind of kid. This proved to be true through the rest of his years in school.

I went through grades one through 12 with a boy named Nicky. No one used terms like ADD and OCD back then and no kids were on medication, but Nicky was definitely off the chain. He was very animated and always had an answer that was completely unrelated to the question, but thought-provoking just the same. He was a constant source of amusement for my classmates and me, but not so much for the nuns. Nicky got through school, remained in my hometown and is now a very wealthy guy who walks around in tailored suits. At least that’s what my Dad tells me.

It wasn’t until much later in my son’s schooling that I realized each person has a different way of learning, an individual way of taking in and processing information. Some people are very visual and have to see to comprehend. Others prefer to hear instruction. I have to hear something several times before I can grasp it and sometimes with my slight dyslexia, even after repeated instructions, I’m still baffled.

A child who has a kinesthetic learning style cannot just sit still and wait for information to be given. They prefer finding out things for themselves. They are, like my son, all hands-on.

My son is an experiential or kinesthetic learner. Explorers at heart, experiential learners are known to be quite active and curious, making it hard for regular schools to accommodate their movement.

My son made it through college (by the skin of his teeth) and is happy and successful at what he does. I hope things have changed in the school system since he was there.