A semi-frequent examination of what’s going on in the music world, shoe-horned into four categories. 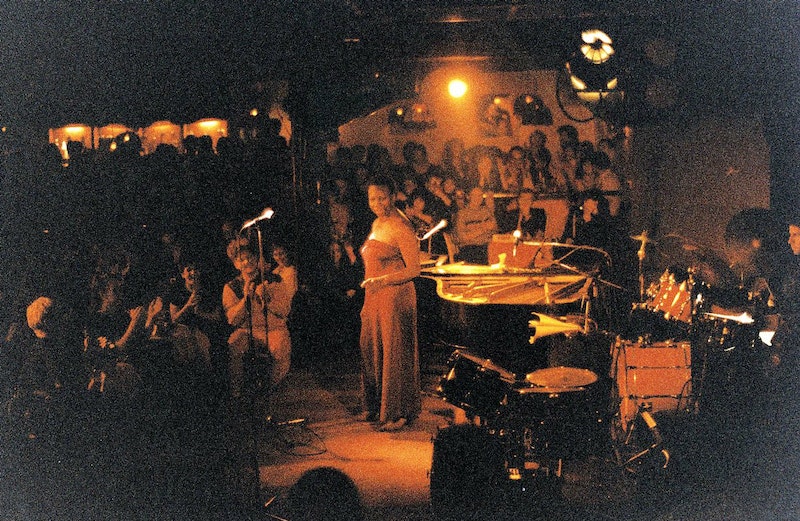 In addition to so many things that I would never, ever admit to on the Internet, living in the mountains of Northern California this fall has expanded my vocabulary and showed me how much sass I had just under the surface. I’d particularly like to thank Harmony, whose repeated use of the words “work,” “trust” and “rude” made a profound impression, and caused a lot of people to question my sexuality.

The idea here is a semi-frequent examination of what’s going on in the music world, shoe-horned into four categories.  All the terms are a bit nebulous, but “Work” is a way of saying “you doing it right” (ie, “work it girl”); “Trust” is a way of affirming what someone else tells you (ie, Me: “This Bloody Mary is delicious.” Harmony: “Trust.”); and “Rude” is a gentle way to tell someone else they are either being impolite or mildly ignorant. “Well, duh” is pretty self-explanatory, but in this case I’m using it to state something blindingly obvious about someone you definitely should already have an opinion on—but I hope to do it all eloquent like, ya know? Got it? Lets go.

Work: Willow Smith, about to be ubiquitous

How can you not love this little stick-legged, mo-hawked ball of attitude? “Whip My Hair” is so catchy that it inspired me to change my ringtone for the first time in years (from Miles Davis’ “Rated X”), except now I don’t want to pick up the phone. Even the dude smoking a blunt at the bus stop, Memphis (from Memphis!), smiled, flashing his gold fronts when we exchanged numbers and the high pitched “Hop up out the bed, turn my swag on/Pay no attention to them haters cause we whip ‘em off/and we ain’t doing nothing wrong” exploded out of my shitty phone.

My only concern for Willow is she might be too good, have too much swag—but she seems especially equipped to handle it. She came off as a natural in her first performance/interview on Ellen, and having famous parents has to help. Still, it’s hard not to cringe when you hear someone like Jay-Z compare her to a young Michael Jackson. I think that’s outrageous on a few levels (“Whip My Hair” isn’t exactly “I Want You Back”), but mostly it’s just sad to hear a 10-year-old refer to her “career.” Willow, just keep saying stuff like “It means I’m the new me” and embrace your totally cute weirdness, but for chrissakes don’t forget to have a childhood.

Living in Ann Arbor for four years, where Dear co-founded Ghostly International, turning the college town into an unlikely hub of electronic music, and never seeing him perform is a minor crime. I rectified that last week at Nectar’s in Seattle, and let me tell you a little fact I’ve heard so many times, yet couldn’t quite seem to grasp until I woke up the next morning, legs a little sore from an uncharacteristic amount of dancing: Matthew Dear is even better live than his records would lead you to believe. I’ve always thought his poppy, occasionally minimal techno was good, but not great, and normally you wouldn’t expect someone labeled “micro-house” (is that really a thing?) to be able to replicate such a lush sound in a bar with semi-dubious acoustics, but Dear did it and did it really, really well.

There are a lot of reasons Dear deserves his reputation for putting on a good show, and one of the biggest is his ability to put together a great band. Dear’s versatile talent (from vocals to guitar to sampler to synths) combined with a bass/trumpet/drums backing trio was just enough texture to support his semi-detached vox through the peaks and valleys of songs like “Little People (Black City)” off his most recent LP. One of the lesser reasons: he is quite handsome.

Despite having one of the greatest tumblrs I’ve ever seen (killer Boogie edits, top notch mixes and drool-inducing recipes, all in one spot) info is pretty sparse on this dude, I don’t think he has any records out, and I’m not even sure where he’s from (New Zealand? South Africa?), let alone how I stumbled across his visually arresting video—but this I can say for sure: Not many people are making disco/boogie of this caliber in 2010, and it would be perrrrrrfect for DC-based label Peoples Potential Unlimited. New music that sounds like old music mixed with the future? Yes, please. “Baby All The Time” only having 16,000 views? RUDE.

The music issue of The Believer used to be a must-purchase for me, but after this year, I’m not so sure. The normally excellent mix CD that comes with it was underwhelming, the corresponding articles fell a little flat. That is, with one exception: Joe Hagan’s painfully on-point exploration of Nina Simone’s secret diary, and the corresponding track on the cd, a home demo of her 1977 Cheap Trick (!) cover, “I Never Cry.”

Well, the article made me cry (literally, tear-stained pages when I tried to read it to someone else) and her off-the-cuff solo piano rendition of a song that didn’t originally carry that much emotional weight, cut deep. Simone was such a raw nerve, so unfairly insecure in regard to her incredible talent, that it almost makes you feel guilty to derive pleasure from so much of her pain—until you realize that catharsis was sort of the point. What I’m trying to say is, Nina Simone’s depression resulted in some beautiful music. Well, duh.