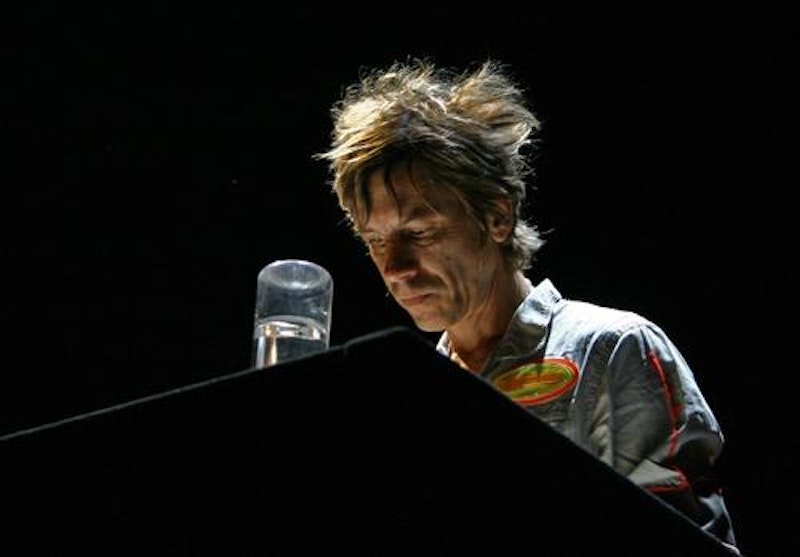 William Basinski's oeuvre is nearly eclipsed by its own legend. A majority of his compositions were recorded on analog tapes decades ago, forgotten, and only recently rediscovered. His landmark Distintegration Loops series was constructed from excerpts of piano and synthesizer based tape loop experiments recorded throughout the late 70s and early 80s. Yet there is almost nothing written about the music that distinguishes his different releases. Perhaps this poverty of description comes down to the strikingly non-verbal effect that his work ultimately has. Basinski saying—prior to his latest release, Nocturnes—that prepared piano was a primary sonic element was intriguingly direct. Yet Nocturnes is what you'd expect of Basinski. The forty minute title track is constructed from what sounds like a ten second audio loop.  Also, as with his previous work, the question of time is paramount. It is reminiscent of Brian Eno's On Land record, yet without melody as an anchor. Nocturnes is atonal by comparison.

The title track implores you to leave your higher reasoning at the door. Unlike his prior releases, it's not a meditative state you enter but rather a confrontational one. His 2004 release Silent Night approached similar territory but wasn't nearly as unsettling. Not that the album immediately expresses darkness. The work of Basinski's ambient contemporaries Tim Hecker or Ben Frost is more suited to that. “Nocturnes” feels Cubist by comparison. It sounds like Basinski's attempt to reconcile the abstract darkness of Fritz Lang's "Metropolis" with the tranquility of a Buddhist temple.

Nocturnes does serve up an unexpected curve ball though. Its second track, “Trail of Tears,” is a new composition, recorded circa 2009. Arranged by Basinski for Robert Wilson's opera The Life and Death of Marina Abramović, it is the first of his works to explicitly not dwell on a specified loop. The track opens with the definitive sound of a piano accompanied by a reverse ghost image. Halfway into a brief—at least by Basinski standards—run time, a powerful loop overtakes the mix only to be eventually subdued by a warbled minor key orchestra. “Trail of Tears” proves to be the stronger work.

While Basinski may be interested in expressing the eternal present, given the non-eternal nature of a theater performance, he proves to be a deft editor. Nowhere does “Trail of Tears” feel unpleasantly hurried. And, despite its collaborative nature, it's still thoroughly a Basinski track. Perhaps this will open the door to film scores, but for now it seems that Basinski is doing well enough releasing gorgeous ambient records that continue to feel vital.