This is Techno Psycho Hell

On R Plus Seven, the new album from Oneohtrix Point Never. 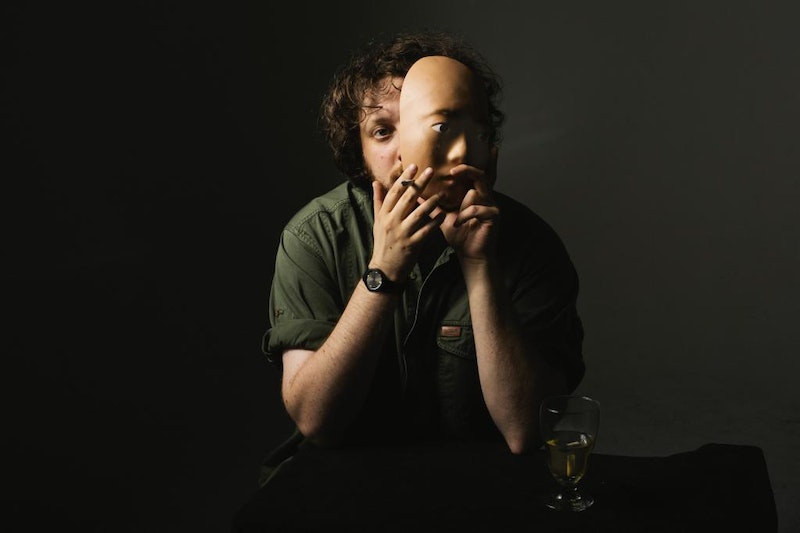 Daniel Lopatin and Eric Copeland feel like partners in making the most disturbing and anxious music right now. They cherry pick ciphers and signposts and zero in on sounds we hear every day or remember vividly, and focus and arrange them in a way that captures the schizophrenic feeling of an ocean of influence. Copeland’s work has always been deranged and driven by manic despair, with only brief slices of clear euphoria like “Auto Dimmer” or “Green Burrito.” Most of the time the characters and voices in his music sound like people who’ve been tarred and feathered, or drowning in hot sludge, and their insane, desperate screams for life are just barely decipherable through the oil. Copeland warps and cobbles together his sounds like a bag full of wet leaves, while Lopatin’s work has always had a museum-ready cleanliness about it.

R Plus Seven is much more wide-screen than any of Lopatin's other work, with lots of quiet, reflective passages. Unlike the claustrophobic Replica, R Plus Seven resembles a drift through the infinity of outer space, or the inside of a hard drive, gliding forever without reference to speed or horizon. On “Inside World,” a snatch of a real human voice breaks through a plastic wall of ice. You’ll recognize Super Mario 64 cherub chirps and the synthesized choral and wood block patches that made the soundtrack to the 1989 movie Heathers so distinctive. Everyone will hear a different combination of influences and references and inside jokes. It’s like hearing the inside of your own head, terrifyingly familiar and either on the verge of total collapse or a merge into the universal consciousness.

Only “Zebra” is as immediately propulsive and matter-of-fact as the lead single “Problem Areas.” Most of the record is in a state of being unfrozen, like the whirring, head-fuzz effect of “Cryo,” eerily similar to that headfuzz feeling between dreaming and realizing where you are, awake. Tracks like “Along” and “Inside World” drift through dream space. Lopatin’s most affecting and disturbing touch is working with and arranging sounds and timbres that are ubiquitous in movies, TV and advertising. Many of his sounds recall things people of a certain age heard in early childhood—the bright, chirpy, and deceptively sad tones of battery-powered toys, Nintendo games, cartoons, automated rings and dings. R Plus Seven is built of the past but nostalgia isn’t in play here. This is music that depicts a scary state of transition not in even 100 years but in the near-future, within our lifetime. It makes me think of somebody in 2078 in some state of medication or restriction flashing in and out of vague consciousness, experiencing distorted and decaying elements of their early life, falling apart and melting together in an upsetting soup. Oneohtrix Point Never makes music about our future and it’s scarier than any dystopia or alien intrigue. This is techno-psycho hell, and it all takes place inside the endless mirror of your own head.