When Soul Sings the Blues

The best artists of both genres have been able to float between soul and blues. 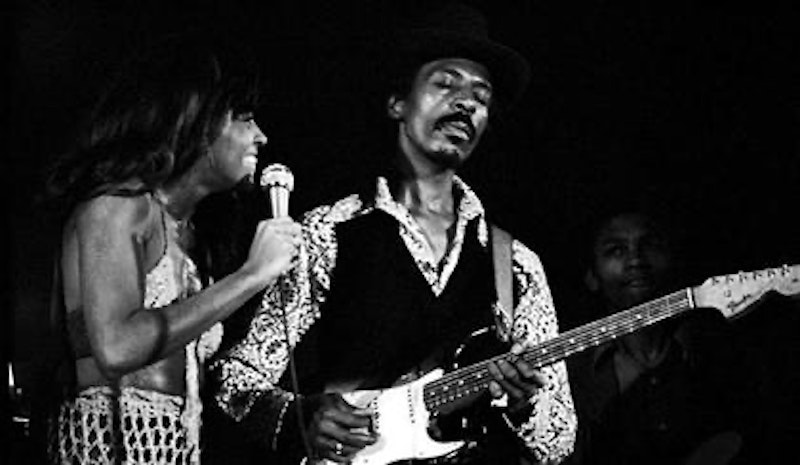 Ike & Tina Turner Sing the Blues is slated to drop this month via Acrobat Records. The album consolidates two early releases from the power couple's catalogue into 18 hip-shaking tracks. Even in the context of a blues record, Ike's band provides some funky rhythms and Tina is an absolute dynamo. In general, soul singers have amassed a pretty impeccable track record when it comes to covering the blues. Part of it stems from the mixed roots of soul, blues, and gospel music that often make them indistinguishable. The other less obvious factor is that when soul singers sing the blues, they're almost always singing something else.

When Sam Cooke sings the blues, he's really deconstructing big band jazz standards. Take for example the songs on My Kind of Blues (RCA 1961). The most recognizable songs are arguably "Trouble in Mind" and "Exactly Like You," both of which have been covered numerous times by various artists including Aretha Franklin, Bob Dylan, and the smoky-voiced songstress Nina Simone. Throughout the album, Cooke is his usual suave and confident self. He commands the mic with a professionalism and elegance that is both reassuring to the band members and respectful of the listener. The listening experience is similar to that of Live at the Copa but the band is much looser and Cooke is jitter-free. The most impressive vocal performance on the record is without a doubt "Don't Get Around Much Anymore," an advanced version of the original Duke Ellington composition. The piano keys lead the song in with a little jazzy fill to bring out the lounge room aesthetic. Once the horns sound, you can almost picture Cooke twirling a bandstand-esque 180 just in time for his vocal cue. Two minutes in, he takes absolute control of the number, adding his trademark repetitions for emphasis and guttural "AH"s for style. Cooke is famous for making dramatic bridges sound routine, but on this track it's simply unfair. "Nobody Knows You When You're Down and Out" is another mid tempo ballad perfectly suited for the singer. He takes noticeable pleasure in mouthing lines like "I bought that bootleg liquor, champagne and wine," or "I'm gonna hold on till that eagle grins." Once you hear Sam Cooke sing those lyrics, it's impossible to imagine anyone else doing it.

And what about Night Beat you say? Doesn't that constitute as a blues album? Well, since I'm strutting through this article on the gimmicky basis that "Blues" is found somewhere in the title of the album, I unfortunately am obligated to give Night Beat a back seat in this discussion. But for the record, the 1963 release is arguably Cooke's most critically acclaimed album—perhaps partially because it proved that he could shift seamlessly away from pop music just as he did gospel. The album was recorded over the course of one weekend. Its intimacy stems from plain-spoken meditations and simple piano arrangements that act as a tribute to the Texan blues-pianist Charles Brown, a man whose work in the late 1940s and 50s helped influence artists like Percy Mayfield and Ray Charles. But despite the general contemplative tone of the album, Cooke manages to insert some more carefree, up-tempo numbers to balance out the emotional spectrum. "Shake, Rattle And Roll" is an electrifying classic and an unexpected finale judging from the gorgeously somber tone of opener "Nobody Knows The Trouble I've Seen."

When Otis Redding sings the blues, he's really singing soul. Otis Blue: Otis Redding Sings Soul was a landmark album in the establishment of Soul and R&B in popular music. It featured many of his greatest hits including, "Respect," "I've Been Loving You Too Long," and "Satisfaction." It also saw three Sam Cooke covers to honor his hero who died the previous year. Even while reinterpreting so many songs, Otis Blue stands out as an iconic masterpiece in the southern soul pantheon. "Satisfaction" rumbles furiously as Redding famously employs his decided pronunciations. Not to knock on the Temptations too hard, but "My Girl" now seems exhausted of all authenticity by the number of times it's been covered by wedding bands and lounge groups. Redding's interpretation actually sounds more refreshing than the original.

Believe it or not, there is one authentic blues number on Otis Blue. "Rock Me Baby" rolls along at the same pace as the B.B. King version. The lyrics are classically structured—only a couple of phrases in repetition. Steve Cropper provides the requisite scorching guitar solo. While the song seems like a bizarre choice for the album, its sputtering horns help meld the song fluidly with the rest of the disc. Otis' version sounds naturally desperate and pleading because of his devastating vocals. But when Tina Turner gives it a shot on Sing the Blues, the song's message takes on a decidedly different tone.

So ultimately what's the lesson of all this? Is it that soul singers are infinitely more adept at changing their stripes than other artists? Perhaps the most tangible thing to get from listening to these albums is that blues' penetrative force comes from wearing its heart and message on its sleeve—an attribute it shares with soul and gospel. The words are expressed intimately while echoing the common travails and joys in life. Lessons are morals and breakups are the eternal muse. Whether that message is meant to be shared with a girlfriend, every man, or God, is up to the artist. Sometimes it reaches all three.