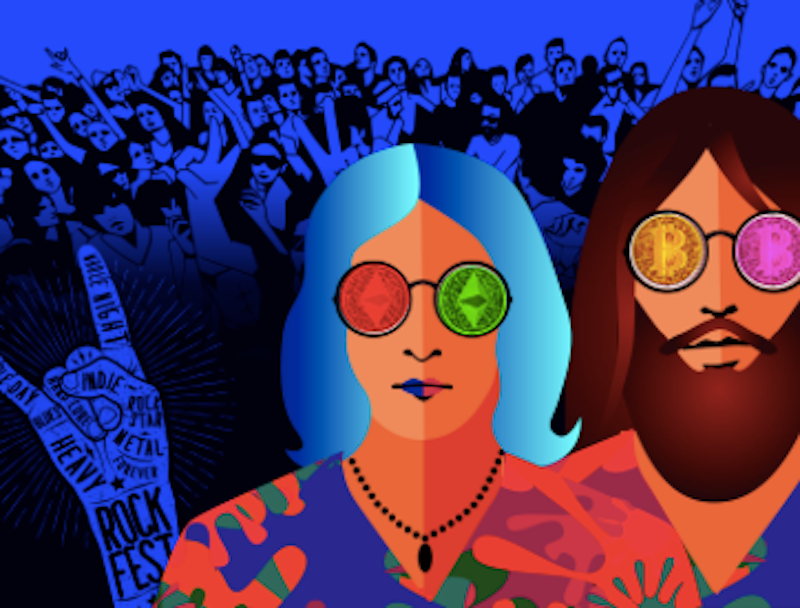 Shallow rewards are all that the entertainment industry can offer the wrong person. Fame and critical acclaim mean nothing without self-respect. The downfall of many artists begins and ends with a gaping hole where a purpose should be. Some artists peak only to discover that once success arrives it becomes a burden, a leech of energy and emotion attached to endless hours of free time in which introspection is overwhelmed by uncertainty. Creation can be the ultimate spiritual awakening, but if material gain becomes dominant the artist’s career can wither into emptiness. This is the situation that led Vanity, Cat Stevens, and Fleetwood Mac’s Peter Green to shun fame and other pleasures of the material world.

In the 1970s and 80s, Denise Matthews was an ambitious young Canadian expat entrenched in beauty pageants, modeling, Hollywood glitz, and rock ’n’ roll hedonism. It made sense when her mentor and lover—Prince—convinced Matthews to take the stage name Vanity. After immortalizing her lascivious persona via hit records, suggestive MTV videos, and movie roles, Vanity dropped out almost as quickly as she rose. Prior to the exodus, she developed a crack habit that led her death from kidney failure in 2016 at age 57.

In a 1999 Associated Press interview, Matthews explained what drove her to trade debauchery for a career in Christian evangelism: “When I was Vanity it was all about me. But when I’m preaching the word of God it’s Jesus Christ speaking through me. I don’t want people to know who I was back then, but the new creature that God has made me.” These sentiments received brutal elaboration in Matthews’ autobiography Blame It On Vanity: “With each new movement… I closed my fists around a wretched lie which sought to eradicate my life.” Those dangerous experiences surviving drug addiction informed her spiritual communion. For better or worse, risky hedonism created the emptiness that would induce her re-birth as a child of God.

More than 10 years before Vanity became a star, Steven Georgiou burst on to the music scene with a slew of folk/pop hits that were released under the name Cat Stevens. Despite the fame and monetary success, the artist’s personal fulfillment came only when Allah spoke to him through an act of mercy. While swimming off the coast of southern California in 1976, Stevens almost drowned in the Pacific Ocean. When he made it back ashore he took an oath to never again build a life around selfish choices. This led to his Islamic conversion in 1977 followed by a 25-year exodus from the limelight. When he returned to the live performance arena he’d changed his name, initially to Yusuf Islam and then finally to Yusuf Cat Stevens.

Negative scrutiny often hounds a celebrity’s faith, especially when it falls outside of Judeo-Christian traditions. This is what happened to Stevens’ religious beliefs in the aftermath of the 9/11. The artist’s philanthropy, human rights activism, and religious dedication continues to challenge and inspire all who strive to connect with spirituality despite the relentless influence of secular materialism and the anti-Muslim rhetoric weaponized by today’s political extremists. Yusuf Cat Stevens’ exit from the realm of pop was only the beginning of a dynamic transformation that’s made him one of the most respected Muslims in the world.

The late Peter Greenbaum is an artist who remains obscure. As Peter Green, his contributions to psychedelia, blues, and rock became influential when he formed Fleetwood Mac. From 1967 to 1970 few came close to equaling the Mac as Britain’s major heavy blues rock combo. Their popularity spawned chart hits and sold-out concerts throughout the UK and Europe, but the group’s front man wasn’t impressed; he critically referred to the shallow/profit driven music scene as “the conditioned world.” Green idolized the folk/blues artists who emerged from rural Depression-era America—an alien dimension when compared to the decadent 1960s rock fest circuit.

Shortly before quitting Fleetwood Mac in 1970, he urged bandmates to give away all of their gig profits. He attempted to cancel a concert tour in order to join a remote farm commune. He’d grown a long scraggly beard and taken to wearing modest robes antithetical to the haute couture of his pop contemporaries. His rejection of the rock star lifestyle came at a time when he began ingesting massive doses of LSD, an indiscretion that partially sparked a 50-year battle with schizophrenia. Unlike Vanity and Yusuf Cat Stevens, no organized religion took Green away from celebrity. Beyond music, his magnum opus was the culmination of self-imposed challenges. He lived his life with the same daring improvisational style that made him a legendary guitarist. While not as prolific or famous as other Fleetwood Mac members, Green had no regrets about leaving the group. The artist resurfaced periodically, but after the early-1970s music never monopolized his time. In later years he’d become a curious psychedelic veteran often mentioned in the same breath as drug-damaged cult figures like Syd Barrett and Roky Erickson. The experimental treatment he gave to his body and mind freed his soul from the clutches of “the conditioned world.”