What Are You Listening To?

There are two worlds: one with music, and one without. 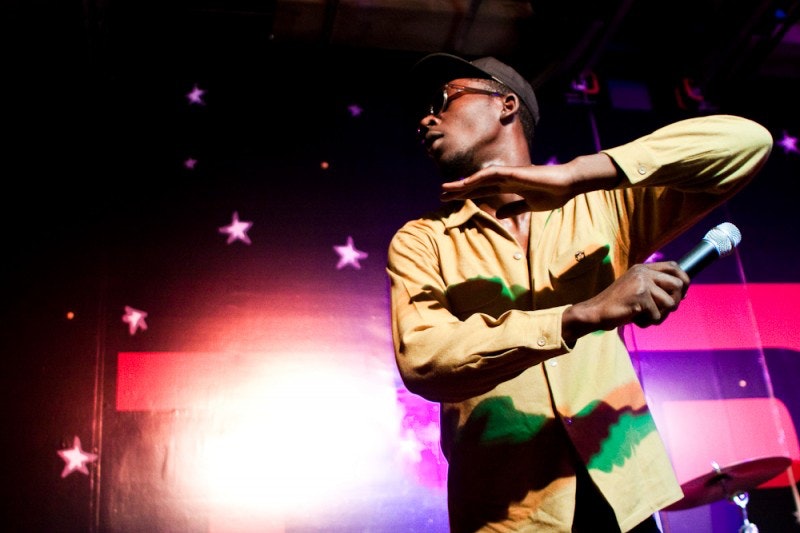 I get really pissed off when I have to buy new headphones. Every six months, like clockwork, whatever pair I’m using starts to freak out. The end part that connects to my iPod unravels or develops a shortage, and I always try to circumvent this by using a piece of tape to fix the circuit just so. Or else one of the ears stops working, which basically means you’re only hearing half the song anyway, so what’s the point of even using the thing? Even worse, if I’m between paychecks I often have to wait days before I can get another pair, which is excruciating.

When I’m in need of a headphone fix I usually go to my favorite indie-electronic gadget store up the street, the one with the cute hipster cashier, and I plop down yet another $50 for a pair of headphones that I know will only last me an additional six months. See, I’m not like most people who can just deal with the bass-less, tinny, anorexic sound that comes out of the $10 headphones from the local CVS. I’d rather not have any music at all than hear it through wimpy speakers.

Everybody in New York has the Beats By Dr. Dre headphones, so for the longest time I was obsessed with getting a pair. They have to be good, I kept thinking as the cashier raped my Visa. $200 is a worthwhile investment if it means I only have to buy them once, right?

When I got home and undressed them from their elaborate packaging, I was annoyed at how cheap they felt, how plastic they were. And they leaked so much sound. I kept them suckas for a day before I waltzed right on back over to Best Buy and returned them. Why is it so hard to find a good pair of headphones that you only need to buy once? Good headphones are like good sex - a good lay will never let you down.

Music is the core of my being. If I’m awake, there’s music playing somewhere nearby. Beyoncé or Florence + The Machine or Tchaikovsky spews out of my iPod directly into my ears, or I’ve got the MacBook plugged right into the Sound Sticks if I’m in my apartment. I play music when I cook, when I’m eating. I play music when I’m getting ready to go out, when I have sex. Actually, the only time music isn’t going is when I’m asleep or having a conversation with somebody in a coffee shop, but even then music is playing in the background.

So naturally I feel completely naked when I walk out of the house and don’t have somebody hitting the G-Spot in my ears through a nice pair of bass-heavy headphones. To me there are two worlds: one with music and one without. When I have my own music playing it’s like I’m calling the shots, taking control of my destiny that day. But if I don’t have any headphones, I feel vulnerable, exposed.

If you live in a city, chances are you use the music on your iDevice specifically to shut down the outside world. You climb onto the bus or subway and you wear your sunglasses and earphones as a way of saying, “Hey, I’m not really here so don’t talk to me.” This is especially true in a place like New York where there is precious little private space. When this guy raps along, obnoxiously, to some song for the whole M train to hear as you coast over the East River, you pump up the volume on your Katy Perry playlist as a way to tune him out.

But sometimes other people’s music makes me curious, especially when I can hear it. I wish I could stop people, cute people especially, and ask what they’re listening to. Everybody is so blocked off in their own worlds, myself included, that it makes me curious about what’s going on in there. Our musical tastes, like all tastes as Bourdieu would say, tell a narrative about who we are, or who we want others to think we are. If you scrolled through my iPod, you’d see a range of music, from Russian symphonies to Theophilus London. But one thing I don’t want people to see or hear me listening to for some reason is Lady Gaga, and I don’t know what that’s about.

Florence + The Machine, “Only If For A Night”