Winning Isn't What It Used To Be 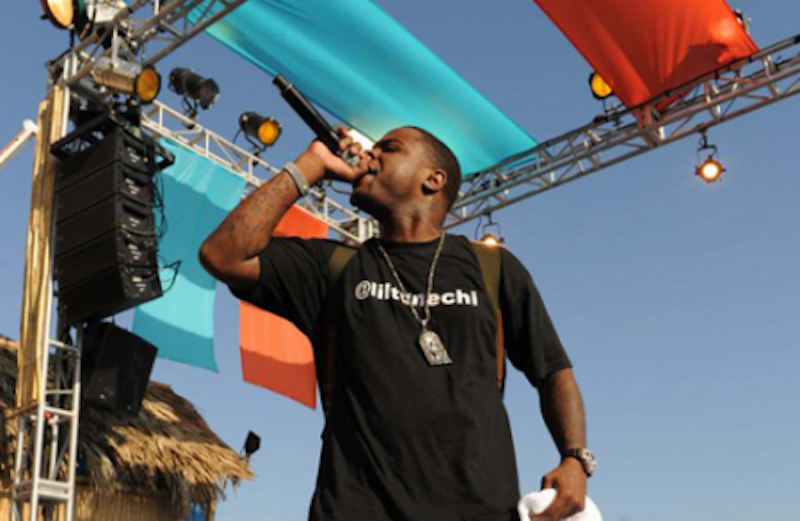 Being a Cash Money/Young Money signee whose name isn’t Lil Wayne, Drake, or Nicki Minaj can’t be a whole lot of fun right now. How many after parties can you grin woodenly through? How many times can you promise interviewers that your out-next-month debut will “change the game” with a straight face? How faithfully and continually can an on-the-make MC rep his set when the moneymen won’t let him get on, let him shine?

This is just a guess, but I imagine that Jae Millz’s tongue is almost raw: not from shoveling in scalding hot gumbo or chewing glass or smoking rock, but from biting it to keep from calling bullshit as CM/YM giddily bankrolls the careers of rappers he’s capable of rapping circles around. Nothing Is Promised, his all-too-presciently titled CM/YM debut, was first announced for late 2010 release earlier that year, when Millz was peeling off a string of monstrously impressive, flood-themed mixtapes. Then that didn’t happen at all. Then the promise of Promised was teased throughout 2011, the ball moved forward maddeningly; not altogether helpfully, the CM/YM Wikipedia notes that the album’s release date is, as of now, “TBA.”

On paper, Millz is nothing special: another materialistic baller forever celebrating an escape from squalor and desperation, albeit another materialistic baller forever celebrating an escape from squalor and desperation with a peculiar fetish for rugby luggage, accessories, and clothes. Perhaps the allure has more to do with his bark than his bite. The accent is a Northern/Southern admixture that’s awkwardly placeless yet compellingly relatable; the mood is bemused, cocky, and just-this-side-of-exaggerated as if he’s big upping himself and smirking along with the audience, projecting a monied, rakish audacity that he knows we know is mostly posturing at this point. The flow? That flow is straight NBA, syllables pounded, swaggering cross-court like an overinflated Spalding manhandled by a $4 million-a-year point guard taking his sweet time because you don’t represent a real threat; it’s enormously enjoyable to listen Jae Millz rap even when he’s not really rapping about anything, which is most of the time.

That said, I wish I liked “Forever Winning”—the purported first single off of Promised—more than I do. The production’s a muddled, boggy mess: busy without being sticky, frantic but lacking the sonic pop and pow that best compliments Millz’s confidently louche rhymes. Here, his bob/weave couplets—seriously, try to listen to the guy rap without imagining him striding down Ocean Drive, bouncing up and down on his heels—are harnessed in service of faux-bristling clique bluster, where an unspecified adversary is denounced, threatened, and ultimately dismissed. But this is just serviceable Millz; given a more outsized, bombastic beat—something that claps and hits harder—it might be easier to want to care about everything he’s pretending to say here. But “Forever Winning” has two other big problems: Lil Wayne and Charlie Sheen.

Remember back when snagging a “feat. Lil Wayne” co-sign was like owning a reproduction Warhol? Everybody wanted a piece of the guy; dude whored his rhymes out shamelessly, and single-handedly enlivened a season or four of rap and R&B hits. Those days are long gone, though: blame sobriety, complacency, or laziness, but post-Rebirth/prison, a Weezy feature makes for a Sarah Palin-esque drag on the proverbial pop ticket. These days, he’d be doing new jacks a favor by staying far away from their choice cuts. As for Charlie Sheen, “Forever Winning” was tracked back when the former Two and a Half Men star was in the process of hacking up his career with a machete and burying it under several tons of concrete under the guise of “reinventing celebrity,” or something. He was going to write a song with Snoop Dogg; he got raked over the coals at the Gathering of the Juggalos; then he more or less disappeared, and everyone forgot about him and moved on. Drawing an association between yourself and a mentally disturbed actor when your own rap career hasn’t taken flight isn’t an especially great idea; it doesn’t bode very well. Right now, Millz has a lot of time to think about that.