A new punk release is an early contender for Most Disgusting Theme Compilation of the Year. 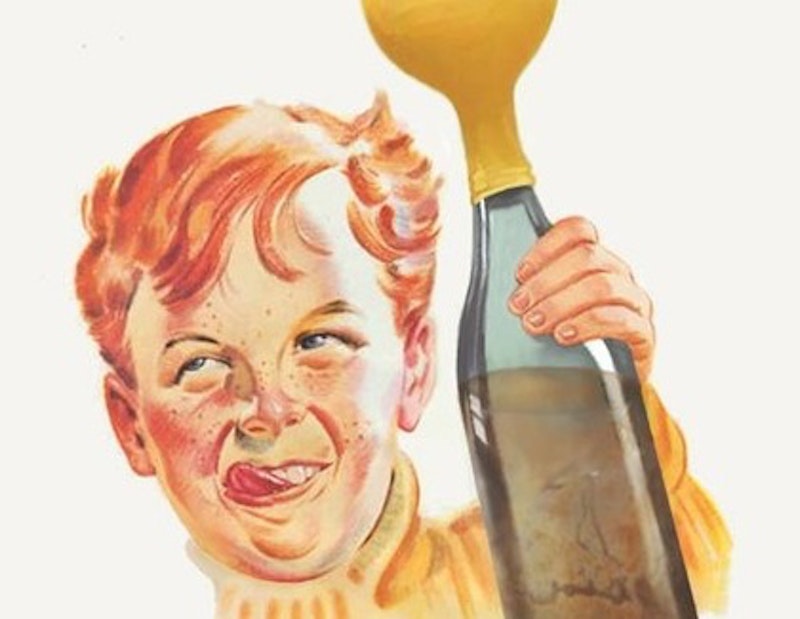 Our latest semi-regular music segment on Splice should, I hope, please all those who indulge in late afternoon burrito binges while cozying up to the “News of the Weird” section in the City Paper. With Weird Sounds, we intend to shed light on songs and albums that shouldn't feasibly exist. We're submerging ourselves in the scummy depths of music subcultures everywhere in an attempt to visualize sound in all its colors and variations. We're peeling back the skin if you will, in a pedagogic sense.

And what better way to kick off this segment than with a 10-minute punk compilation on the joys of fermented feces? I know, they have compilations on everything these days—from Ghananese automobile honk music to reinterpretations of Disney classics featuring Sun Ra. As far as I know Wild About Jenkem is the first album entirely dedicated to the pleasures of jenkem. What exactly is jenkem you ask?

The Gaye Blades, which includes Black Lips bassist Jared Swiley, explain the vital components of jenkem on their track “My Shit Belongs To Pee.” Essentially, you mix urine and feces (either found in sewage pipes or cultivated at home) in a bottle. Nick Storella addresses the next step on “Bottle and Balloon.” After laying the bottle out in the sun for some time, you attach a balloon to the lip, which will subsequently fill up with hallucinogenic gasses. On “Jenkem Stankem,” the Back C.C.s rip through a minute-long garage rock freakout as if just singing about the odor might induce hurling. And in the end, what’s the result? Party Cannon sums it up nicely when they sing “Get Fucked Up! Get Fucked Up!”

Generally speaking, the “A” side of Wild About Jenkem is the more fast-paced, headache-inducing player while the “B” side explores more laidback musical terrain. Some of the highlights include “Ballad of Leroy Jenkems,” a simple bluesy number that sounds like it’s being strummed on a Deep South side porch. Coconut Coolouts perform a charming surf-rock jam that might recall the psychedelic beach music of Wavves. “I Need You (Leroy)” by LiveFastDie probably tops all the competitors with scuzzy guitars and some soulful crooning reminiscent of the Dirtbombs.

For a compilation of 10 songs in 10 minutes, Wild About Jenkem is surprisingly diverse, mixing garage rock, fuzz-heavy punk, and even some rockabilly. Clearly, no one here is taking the jenkem issue seriously and I assume none of the artists have actually tried it except for maybe Gaye Blades since those guys are filthy. Jenkem use is most popular among the youth in the poorer regions of Africa, namely Zambia where the director of the Ministry of Sport, Youth and Child Development was quoted as saying “Initially, they used to get it from the sewer, but they make it anywhere [...] They say it keeps them warm and makes them fearless.”

Check this shit out at the Killer Diller Records MySpace, which I assume was not named after the 1948 film with Nat King Cole.