Ween Is No Joke

And they're possibly the best live band in the world. 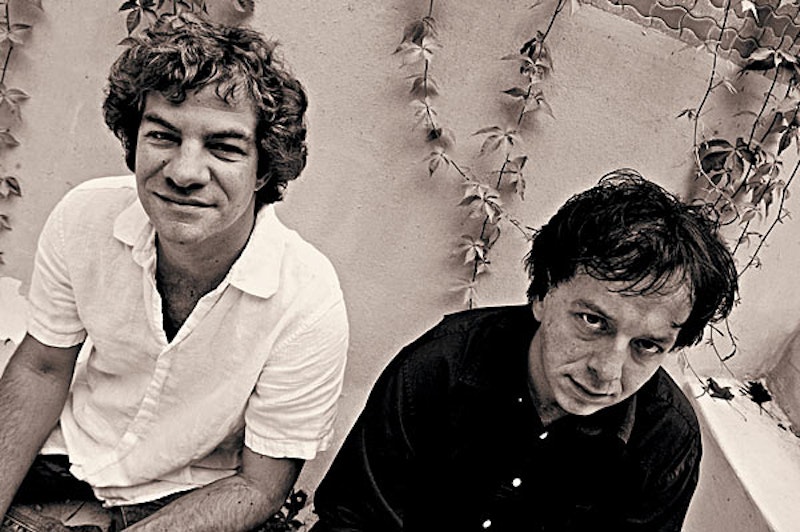 I don’t know a lot of Ween’s music, and I don’t even like all of what I know, but after seeing them live last week I’m prepared to say they’re my favorite band on earth. Is it disingenuous to praise a band for what they represent rather than for their songs? I don’t care. What I saw at Ween’s Baltimore performance on July 16 was just about as close to a perfect rock concert as I’ve ever witnessed. The music was uniformly amazing, and often more affecting and visceral than the band’s relatively obtuse studio versions. The crowd was huge, diverse, and in thrall. The band—Gene and Dean Ween complemented by their longstanding keyboard/bass/drums rhythm section—couldn’t have exhibited more excitement, or played with greater energy. They flew through stoner speed metal jams and loose country-rock, new wave pop to gnarly, effects-laden prog. It was all glory.

This will be no surprise to Ween’s considerable apeshit fanbase. This article is not for them, and I am not even close to the levels of personal obsession I saw on display at Rams Head Live—the dancing, the personalized t-shirts, the synchronized clapping and response vocals. I know Ween from Chocolate and Cheese, a couple dozen stray tracks from other albums, namely The Mollusk, The Pod, and White Pepper, and some YouTube live performances, where I think the appeal of this band is most clearly depicted. On record, Ween’s juvenility and patchwork sensibility don’t necessarily play against them, but they can occasionally seem impenetrable, like you know they’re making a joke that you’ll never understand. They seem to take nothing seriously, least of all themselves, which can leave a novice listener feeling adrift.

The actual joke about Ween, however, is that they’re preposterously talented musicians and songwriters. “Freedom of ’76,” for example, is funny because it’s two nerdy white guys from Pennsylvania doing a Philly Soul/Prince jam about the City of Brotherly Love, but it’s particularly poignant because, jokes aside, Gene nails the falsetto. This is why the band isn’t just I Love The 90s fodder, but instead a two-decade old warhorse that packs venues with rabid fans.

If their records show that Ween are spottily brilliant craftsmen with dick and drug obsessions, their live incarnation reveals them to be one of our era’s most beautifully deranged and unique groups. Their sound (relatively) streamlined by the consistent instrumentation, I was able to appreciate the shared qualities between “Spinal Meningitis,” “Bananas and Blow,” and “Buckingham Green.” For once, these songs all sounded like the same band—a cross between the Mothers of Invention, Pixies, and Alice Cooper. It’s incredible to see how many disparate rock and roll traditions this band is currently keeping alive: grand, nerdy theatricality; skull-crushing guitar metal; synth-driven new-wave; multi-movement prog; proudly pro-drug novelty songs; punk’s utter disregard for classic rock earnestness.

Gene, looking fatter, thinner-haired, and altogether more Yoda-like than press photos indicate, is nevertheless the best possible M.C. for the carnival atmosphere of live Ween. He throws his voice around, adopting a brogue one moment and a high-pitched wail the next. He looks nothing like the typical frontman, but during a lull in the set he played an absolutely stunning solo version of “Mononucleosis,” transforming the drum-machine basement recording into an epic of delay and distortion. Dean, a rolling joint held tight in the headstock of his Stratocaster while he wasn’t partaking between ripping solos, pretty much looked the entire show like he does in the video for “Even if You Don’t”: almost bizarrely happy, as if he was being tickled as he played. But how could he not look that way, when he gets to let loose on “I’ll Be Your Jonny on the Spot” with a ripping, up tempo solo, then strum an oddly heartbreaking Crazy Horse-style version of “Sorry Charlie”?

The night’s best moment, and the song that made me realize, once and for all, the base appeal of this group, was an unlikely cover. Amid a set that included “Zoloft,” “She Fucks Me,” “Mister, Would You Please Help My Pony,” Ween cued up CSNY’s “Ohio,” perhaps the defining earnest-boomer song of all time. In the context of Ween’s scorched-earth deconstruction, I prepared myself for a suitably ridiculous parody of the Kent State anthem, maybe with new lyrics about farts or something. And then the band showed the joke was on me: they played a note-perfect, reverent rendition of the song, with gorgeous harmonies and a one-note Neil Young solo.

This is why Ween’s virtuosity is important. Were they to merely parody genres or write boner-centric novelty songs, they wouldn’t engender a fan base this devoted. The band’s irreverence is often seen as an end to itself, or the main point of their music, when the actual joke is the fact that they often better the objects of their parodies—as on “Bananas and Blow,” their Jimmy Buffett send-up. You can’t do that without a keen knowledge of what makes a genre work, and you can’t know a genre that thoroughly without listening to it obsessively. And so Ween’s concerts, even more so than their albums, are celebratory rather than mean-spirited.

This mixture of lyrical oddness, musical talent, crowd devotion, and fun made Ween one of the most unique live shows I’ve ever seen. I’m never going to love this band as much as the guy in front of me who head-banged through “The Grobe,” but I left the show happy to be living in a world where a band this strange and visionary gets to play to crowds that adoring and huge on a regular basis.