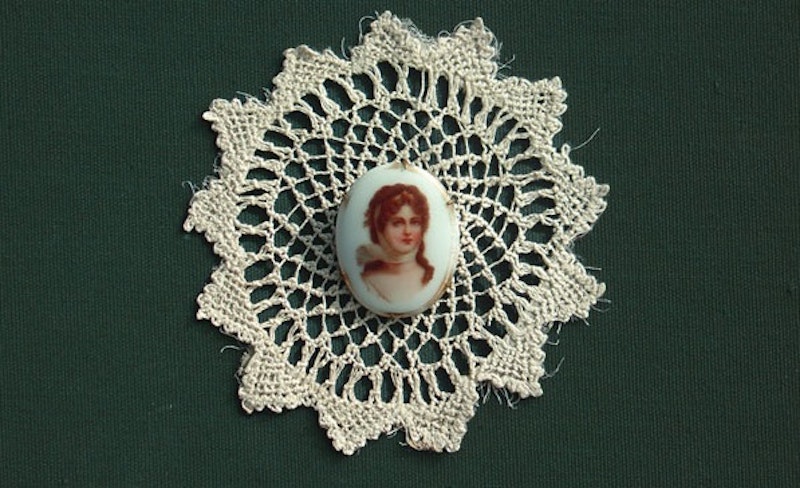 Jason Molina is prolific; give him that. In a late-May interview with Pitchfork, Molina admitted that since the last Magnolia Electric Company release in 2007, he’s recorded around six albums worth of material. On July 21, just one of those albums, Josephine, comes out: Molina’s 16th official release on Secretly Canadian.

Despite his factory-like output, you can't accuse Molina of failing to put his soul into his mass production. Molina always sounds like he is barely keeping his cool when he sings: if he were to throw himself behind his lyrics any more, he would burst into tears, rage, or a mixture of both. His voice indicates a personal world teetering on the edge of disaster. The result of this sustained, suppressed strain is a thin urgency, which never seems to find release, neither through a scaling back of the pressure nor via a culminating rock-out.

While this can be frustrating, it also brings Molina’s authenticity across unfailingly, and makes him an immediately recognizable vocal talent. Most importantly, the urgency in Molina's vocals injects the traditional lean of Magnolia Electric Company’s country-rock sound with an edge of timeliness and believability. The music may be straight-ahead, but Molina isn't leaning on used-up country lyrical imagery (boozing, womanizing, living as an outlaw and so on). I am therefore just as convinced of Molina's sincerity on Josephine as I was on the last Songs: Ohia/first Magnolia Electric Company release, Magnolia Electric Company (2003).

But while revisiting years of country/Americana on Josephine, Molina and co. also decided to jettison 50 years worth of knowledge on pop/rock record-making, which many other contemporary bands also going the way of old-fashioned country-twang wisely chose to keep. Josephine coasts, never really kicking into gear. The chord structures slump, and ever-present pianos meander aimlessly or in uninteresting, needling arpeggios on “O! Grace,” “The Rock of Ages,” “Josephine,” and “Song for Willie.” The music on Josephine cowers behind the safety of the most recognizable riffs from the American music canon.

On Magnolia Electric Company or 2005’s What Comes After The Blues, Molina’s powerful vocals were accompanied by music that swung from dragging stillness to raging rhythm and slide guitars. The barely contained steadiness of Molina's singing drew both extremes into sharp relief, sharpening their effect and bringing another level of complex interplay to the whole sound. But on Josephine, the beaten, too-hurt-to-care under-current in Molina's singing, however inspiring, often only contributes in its constancy to the album's tepid flow and predictable nature.

Josephine is in these regards reminiscent of the worst, most bloated moment in The Last Waltz: The Band, Neil Young, Neil Diamond, Joni Mitchell, Dr. John and a gaggle of other Americana superstars all crowded onto the same stage for the finale. The result was a cluttered, ad hoc, indecipherable mash-up, the music justified only by the clout of the names behind it. After 16 releases, Molina may be getting a bit too confident in the reach of his own shadow.

That Magnolia Electric Company is on top of its game when it comes to traditional American music is not what’s being debated here. And in that respect, they certainly have a few gems on Josephine, which, if not notable for there originality, are at least captivating in their spot-on grasp of old-timey vocal harmony or their channeling of Neil Young-inspired country rock. “Whip-Poor-Will” and the short album-closer “An Arrow In The Gale” correspond with the former description. “The Handing Down” and “Knoxville Girl” offer the hardest rocking to be found on Josephine, and elevate the album's pulse a bit, but they only hint at the power exhibited in the past on “John Henry Split My Heart” or “I’ve Been Riding With the Ghost” from Magnolia Electric Company.

While Molina’s singing is as strong as ever on Josephine, it’s the only inspiring part of a sound that is simply very, very tired.