We’re All In the Mood for a Melody 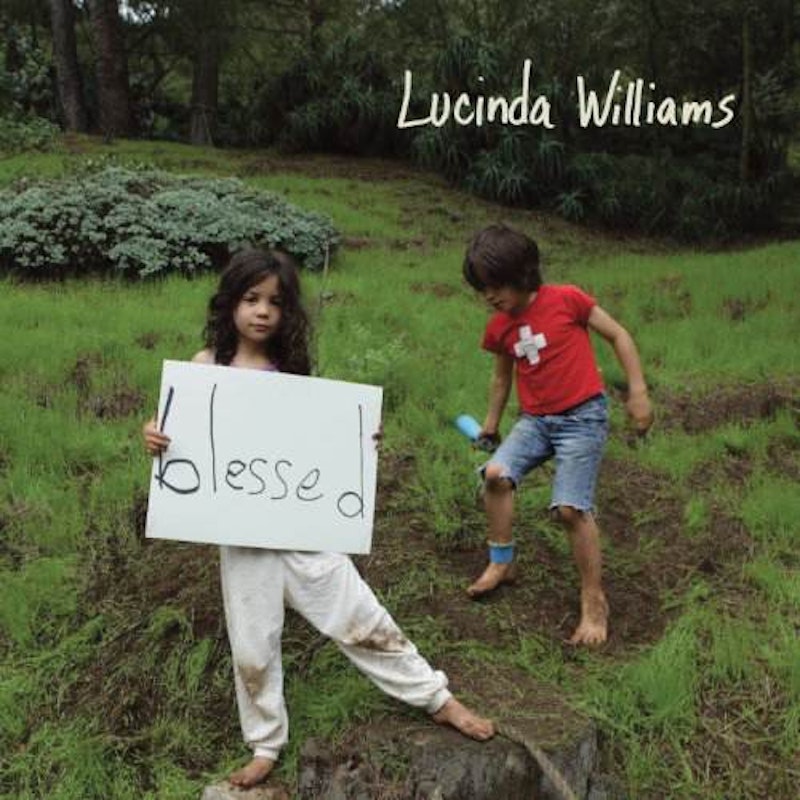 I have a tortured relationship with Lucinda Williams. I first heard her gritty, earnest working class hero parables in college. At that point, I was still recovering (one never recovers) from an unseemly affection for Billie Joel’s less gritty, even (if possible) more earnest working class hero parables. To someone struck to the soul by the heartfelt depths of “Piano Man,” Williams’ rasp seemed authentic enough to reliably scour something homespun off of something earthy.

Time has passed, though, and I’ve learned more of life and love, joy and pain. I remember in particular one grueling intervention in a Chicago ice cream emporium, during which something triggered my egg allergies, and I spent the evening spitting ropy strands of mucus into a used cup while my best friend, his then-girlfriend, and my wife-to-be mercilessly and endlessly attempted to convince me that Billy Joel was, in fact, the absolute worst musician in the history of the world. “Worse than Madonna?” I asked. Yes, infinitely worse than Madonna. Worse than Sting? Yes, worse than Sting. Even … even Bob Seger? Yes. The only person who even came close was Bruce Hornsby, who was, they admitted, equally wretched, though fortunately less productive.

Billy Joel has now given up music for a lucrative career driving into trees, so my wife only brings him up a couple of times a year. The wounds linger, though the scars have begun to heal—even if I do still think that Cold Spring Harbor is a decent album. (I just read that to my wife, and there was a silence. “So you’re willing to put that out there?” she finally said.)

But be that as it may, there’s still Lucinda Williams to deal with.

Williams released a new album, Blessed. I sort of hoped that listening to it would have a purgative effect, allowing me to vomit her out once and for all. Instead, it’s been more like that allergic reaction I mentioned above; stuff comes out, but there’s always more of it. And when you’re done you don’t feel clean and renewed; just mildly sick, sitting in a diner staring at a cup of your own spit.

Let’s get the obvious out of the way first. Blessed is lame. Williams used to write the occasional hooky song, but that’s been jettisoned here for a lugubrious exploration of her gargled vocals and inspirational folk-blooze plodding. On “Convince Me” we hear her pleading with the clenched desperation of the chronically constipated. Actually, a lot of these songs seem like transmissions straight from the water closet; “Seeing Black,” for example, suggests a woozy Dylan reciting poetry to his recalcitrant bowels in the House of Blues bathroom while out on stage hapless aging rockers trundle joylessly through the blandest of their 1970s hits. On the other hand, “Soldier’s Song” dials back the Sturm und Drang for a drifting folksy idyll; just acoustic strum and that warbling voice achingly juxtaposing a soldier’s death with the trauma of those left at home:

Get it? ‘Cause there’s the carnage of war, and then at home there are innocent little children. That’s irony. Brave irony. Because, of course, the NPR listeners who Williams caters to all support war and are categorically opposed to merry-go-rounds and little children. Damn anti-fun-having-with-small-children liberals. They need some bracing sentimentality in their godless condom-wearing existences. It takes a daring woman to go on Garrison Keillor and sing that sort of stuff. Remorseless natives will rip her face off with their serrated Starbucks mugs.

So yeah, I hate it. But there’s still something there that my public radio lizard hindbrain sniffs with its forked tongue and says, "is this not the music of my debased folk-revival adoring ancestors?" The title song “Blessed” trudges along in that uplifting kumbaya, everybody-put-your-arms-around-one-another-and-sway groove, with the lead guitar wailing, “Hey! Lookit me! I’m inspirational!” And, you know, I tap my foot. I have summer camp flashbacks. I am repulsed by the nostalgia—but it is my nostalgia.

I don’t know. Probably I’m doomed. I’ll go to the grave with a sneaking desire to have lame musicians sell me dunderheaded versions of someone else’s overcooked raw emotions. I just need to come to terms with it. It’s part of my heritage as an American. We’re blessed like that.