Wavves may get more than his 15 minutes

On his new album, King of the Beach, Wavves enlists Jay Reatards old band and sounds better than ever. 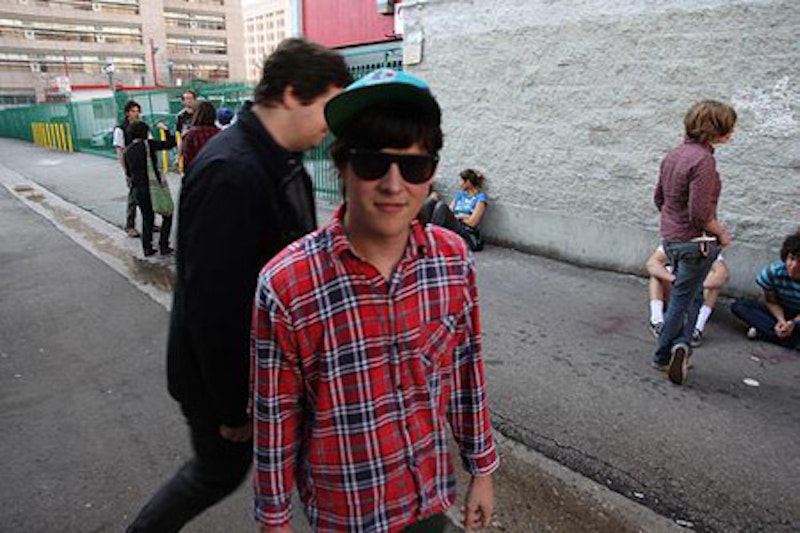 This is a review of the new Wavves album, but it's also review of Wavves the person/dude/persona too, because, how couldn't it be? Wavves mastermind Nathan Williams spent the time between last year's noisy, sad-sack, surf punk opus Wavvves, and King of the Beach, his new, relatively clean-sounding, self-loathing, pop punk opus, overloading his music with context.

He infamously freaked out on-stage in Barcelona and kinda confessed to a drug problem. He toured and made some songs with Hella's Zach Hill and they're more awesome than anything on King of the Beach. He just generally acted like a dick. Then he got a new band. And he started dating Best Coast—a girl who makes facsimiles of Wavves songs and used to intern for The Fader, the magazine that put Wavves on its cover this month. At a recent New York show, Williams and his new band, which is Jay Reatard's old band, took time out of their show to heckle bloggers and journalists and proudly proclaim their high-school dropout status.

King of the Beach isn't better than past Wavves releases, it's just easier to enjoy. Yes, it's catchy as hell and it not only sounds produced, but the production is subtle and pointed—some reverb on the drums, a poignant keyboard line here and there, the existence of bass—and it runs around the same topics (depression, boredom, weed) with the same knowing, nihilistic glee as before but Williams' petulant pothead swagger's hard to shake. There should probably be a rule about setting your band up in sharp contrast to Indie's wimps and eggheads on the record that's Urban Outfitters in-store music ready.

So sure, the jump from no-fi to lo-fi proves Wavves doesn't need a blob of aggressive distortion to make cool-sounding songs—“Supersoaker” and “Take On the World” are perfect—but the skronk certainly made the work more interesting. Uncrowded by noise, the hooks on “Idiot” and the limp ballad “Green Eyes” are more annoying than catchy...maybe a bit embarrassing. The last two tracks, “Convertable Balloon” and “Baby Say Goodbye” sound like they're from a different album altogether.

And coating everything in sloppy, digitized distortion just worked really well for Wavves. Both Wavves and um, Wavvves (the other one) were puckishly tough listens, but the noise had a purpose too. That in-the-red screech, rubbing up against Beach Boys-style oohs and ahhs was Williams wrestling with pop music history in interesting ways. All those 60s pop classics are about misery and ennui and Wavves just made that point super-explicit—and then he coated the whole thing in an art-punk take on Phil Spector's “Wall of Sound”. King of the Beach is comfortable simply quoting the “Be My Baby” intro (on “When Will You Come”) and reaching into a style that's punk enough to stand out but neutered enough not to alienate.