The pervasiveness of blues demonstrates its impact, but we can’t replace the connection of the blues with African-American history and culture. 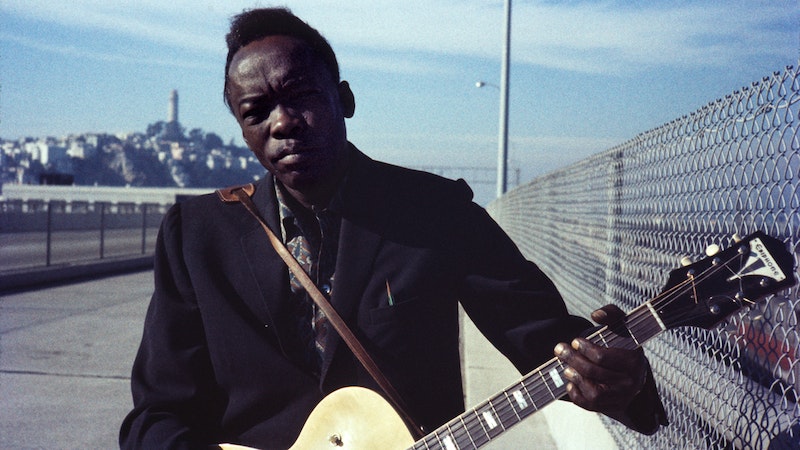 I was 14 or 15 when I got my first harmonica. Two albums informed my nascent understanding of the blues. Harp Attack! featured four great harmonica players: Carey Bell, Junior Wells, James Cotton, and Billy Branch. The other album, a compilation, was The Slide Guitar: Bottles, Knives, and Steel. On this one, I first heard Bukka White, Blind Willie Johnson, Robert Johnson, and Son House. This last performer’s song “Pearline” haunted me, and still does. Son House’s slide guitar playing felt both loose and tight, chaotic and ordered. Growing up in a predominantly white suburb, the only other person interested in the blues was also white. As a kid who was made fun of and didn’t quite fit in, nothing seemed strange to me about finding solace in the blues. I was an outsider among my peers.

As I got older and was confronted with whether white people could really play the blues, I felt defensive at first and then questioned my own motivations and interest in the music. As a harmonica player, I wondered whether I was overstepping a cultural boundary. But I love playing harmonica.

In light of this background, I was excited to read Adam Gussow’s most recent book, Whose Blues? Facing Up to Race and the Future of the Music. Like myself, Gussow’s a white blues harmonica player, but considerably better-known. He formed half of the blues duo, Satan and Adam. The other half comprised Sterling “Mr. Satan” Magee. Together they played on the streets of Harlem for about five years, and then toured around the U.S. and the world.

Gussow continues to play music solo or with his band The Blues Doctors, and he’s also a professor at the University of Mississippi. As professor and musician, he wrote this book to explore two divergent approaches to blues music that he refers to as black bluesism and blues universalism. To summarize these contrary takes, Gussow matches each with a slogan. Black bluesism asserts this sentiment: “The blues are black music.” And blues universalism can be summarized this way: “No black. No white. Just the blues.” Gussow, with fluid dexterity, weaves through these two positions to show a more complex picture of blues history, despite each of these extremities having a piece of the truth.

Thanks to the popularization of Robert Johnson several decades ago, many people today picture a lone, grizzled, black, male guitarist as the typical blues performer. And if you listen to someone like Charley Patton, the photo of Patton along with his recorded songs further suggests the truth of this impression. However, if you read first-person accounts of those who knew Patton, a different image is presented. He was known for clowning around—playing the guitar between his legs—to the chagrin of several of his contemporaries. The recordings don’t give a complete picture; they merely provide what record companies believed they could sell at the time. Many early blues performers were women, which is also not reflected in the collective, cultural image. Further, it’s not so clear-cut that blues began in the country and arrived in the cities only during the Great Migration.

Here, I recall briefly a few thoughts that permeated Gussow’s sagacious book. As suggested above, real blues isn’t an easily defined concept. We tend to simplify this history, based on the recorded music and the legends. For example, listening to Robert Johnson’s recordings, we imagine him as a tortured genius, trying to overcome the devil with fear, trembling, and 12 bars. From there, we assume “the larger idea of the black southern bluesman as a musical mechanism for bodying forth the cry of an oppressed people.” But some of Johnson’s favorite songs to play included “My Blue Heaven” and “Tumbling Tumbleweeds.” The lone man battling for his soul with only his wits and guitar forms a romantic vestige of what the delta blues were like. It’s mostly imaginary. Blues musicians sometimes lamented about the struggles of life, but they also played music to celebrate life.

Blues conditions, according to Gussow, refers to “the material facts and social environment that together constitute the ground out of which blues feelings emerge.” Failed love pervades the content of blues lyrics. It has as close to universal appeal as any other condition of the blues, since most people have experienced some measure of it. These blues conditions give rise to blues feelings, such as loneliness, anxiety, and hope. This last example, hope, may seem surprising as perception of the blues rests largely in melancholy. But Gussow explains that blues is often “relentlessly dialectical” with musicians conjuring good emotions out of the rubble of life’s struggles. Pushing through to find the good lifts blues music to the realm of catharsis, releasing the negative to unearth the positive.

While there are clear reasons to identify the blues as the music of African-Americans, its themes, feelings, and situations are the purview of all people stuck in time. Blues music gave lyrical voice and musical expression to the main themes of existential philosophy. The recorded music draws people to its presentation of the human condition. John Lee Hooker, in his famous “Boogie Chillen,” describes his father saying to his mother, “Let that boy boogie-woogie; cause it’s in him, and it got to come out.” This line, in a way, illustrates the blues. It’s in certain people, and they can’t help but let it out. I’ve always felt like it was in me. I can’t explain it, except that it was an emotional revolution when I first heard it. White people have played and will likely continue to play the blues, and blues music evolves and moves into other cultures around the world. The pervasiveness of blues demonstrates its impact, but we can’t replace the connection of the blues with African-American history and culture.