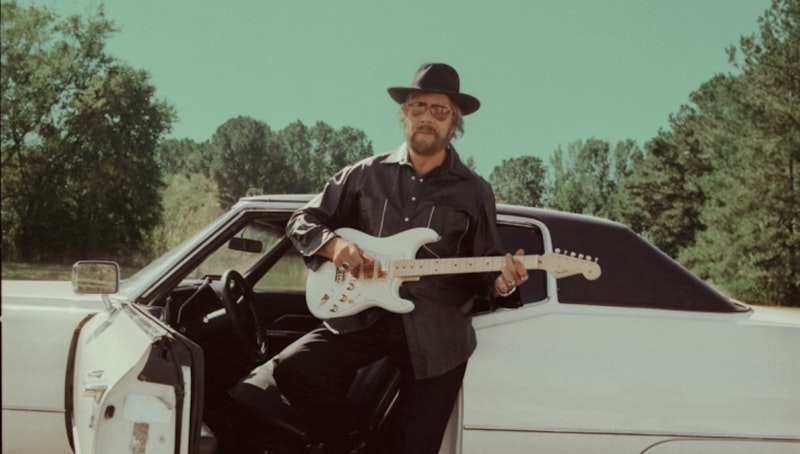 Hank Williams, Jr., who's just issued Rich White Honky Blues, a hard-rocking LP produced by Dan Auerbach, is one of the best and most emblematic of American music stars. But he's underrated, or often merely dismissed for a variety of reasons, some of them understandable. For example, he was waved off early on because he wasn't his daddy, perhaps the 20th century's greatest songwriter. Then again, no one is. For Jr., the relationship has been a burden and a matter of pride and a standing joke for 60 years, since he was a child singing his father's songs at the Opry. There is also Junior's reactionary politics and his big-ass "let's have a whiskey party; bring your guns!" persona. People might remember him more for the Monday Night Football theme ("All My Rowdy Friends Are Coming Over Tonight") than anything else.

In the 1970s and 80s, Junior produced an amazing string of country hits, some of which have been as central or more central to rural American identity than the songs of his father: "A Country Boy Can Survive" say, or Family Tradition, or "Whiskey Bent and Hell Bound," or "All My Rowdy Friends Have Settled Down." Those are items that still run through the head of almost any rural dude in difficulties.

Junior was everywhere by 1985: his phoenix decal (based on the Ruger firearms logo) seemed to be on every truck, his flag waving above NASCAR races and trailer parks. He was Trump before Trump: an emblem of white rural identity. But touring behind excellent roots music is a lot less problematic than fomenting insurrection, and I don’t care much about an artist's politics. Plus he was very playful about it all.

People haven't noticed, maybe, but at every stage Hank Jr. has explored many aspects of American roots music, and done it extremely well; he's liable to take us to New Orleans, Memphis, Kansas City, Kentucky, the mountain West as well as Nashville. The production is always straightforward and propulsive, like an excellent live rock band; he must insist on that. Through some 40 albums, he's been remarkably consistent even with all his personal difficulties. And he's outlasted everyone except Willie, which is perhaps not what people were expecting. I think he's a treasure comparable to George Jones or Merle Haggard, and he's still recording.

His golden period was the mid-1980s, when songs like the This Ain't Dallas ("and this ain't Dynasty; this is a real-life, two-job working family") and "Man of Steel" elucidated the cultural situation in a particularly fun and useful way. "Man of Steel" was the best expression of the 80s "men's movement," associated with the poet Robert Bly's book Iron John. The book could’ve been worse, but the song was funnier and ran as deep.

No woman ever got the best of me
I could walk right out with ease
'Til I fall in love and then she walks out
The man of steel got melted down
Now I can't sleep and I can't eat
Can't watch no love scenes on TV
And I don't know what I'm goin' to do.
The man of steel done got the blues

Hank Jr. has been dismissed as a Monkey With a Gun. That might not be completely unfair. But he's a very hilarious and sensitive monkey who's in touch with his own feelings. He's less sensitive on Rich White Honky Blues, on which he tosses out such lines as "I'm going to Huntsville and getting some of that rocket pussy." I'm offended, yet somehow refreshed.

Can a rich white honky play the blues? And isn't "white honky" redundant? Those questions should’ve died before Hank Senior, as much and as great a bluesman as Muddy Waters or Robert Johnson. Junior has already proved it many times, for example on his excellent "The Almeria Club Recordings" from 2002, and here he just sounds like a rowdy, loose, reprehensible master ("Thunderhead Hawkins") playing live with complete assurance. Even if Thunderhead is wrong (culturally appropriative and way too much fun), he should just keep right on going.