Jean Grae’s tough luck is a perfect example of the ways in which illegal downloading hurts mid-level talent. 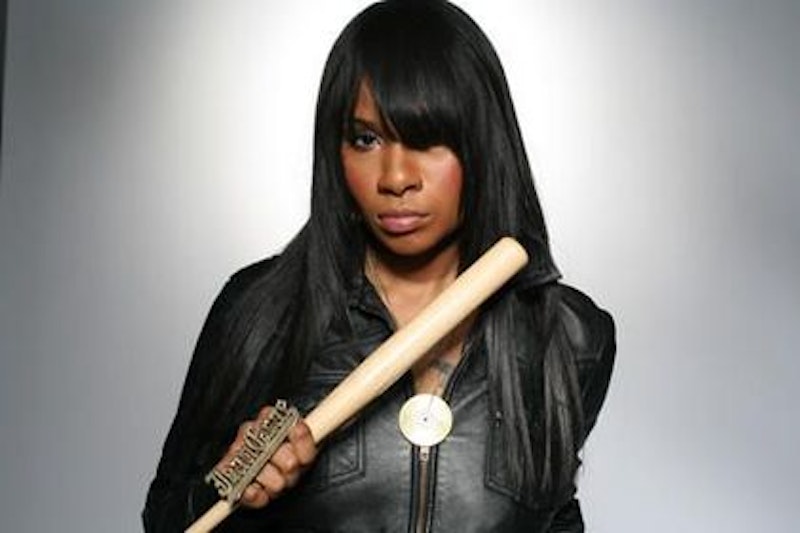 Is it any relief to Jean Grae, who's essentially unknown except amongst a small group of devoted fans, that her core assemblage contains some of the most talented artists in the music industry? Although widespread success has eluded her thus far, Grae has been featured alongside MCs as talented and diverse as Masta Ace, Busta Rhymes, Little Brother and both halves of Black Star. For well over a decade she’s maintained a reputation for rhymes that are heartbreakingly intimate and sharp as a butterfly knife.

So if Grae is so ill, why haven’t you heard of her? Well, here we get to a bit of a sticky situation. As much as any artist today, Grae’s catalog pays testament to the extent to which the wide-scale leaking of albums has directly injured mid-level artists. By way of example, Grae’s previous album, collaboration with 9th Wonder titled Jeanius, was leaked, left in label purgatory for half a decade, remixed by 9th, leaked again, and then finally officially released in July of this year.

On to my Mea Culpa. After downloading the album I went over to Grae’s MySpace page and lo and behold, Grae indicates that she and the producers, Blue Sky Black Death were not involved in its release. As it can be attained at major commercial sites, it’s not clear whether this means the album was leaked or just dropped inappropriately early by the label, Babygrande records. I made the same slippery promise I made about Jeanius, that I would buy it when it came out on wax and continue to bump it in the meantime.

In my defense, though, it’s a cheap dodge; this is a sick album. Talib Kweli has called Grae “One of the last real MCs,” and there’s no reason to quibble with the man. Her flow is at once enticing and violent, interspersing paeans to lost paramours with rhymes emphasizing her love of bladed weaponry. Grae’s persona owes a debt to a certain type of rough-edged Soul Diva, all raw nerves and lingering come-ons. Of course, unlike those sirens of yesteryear, Grae’s sultry mournfulness is more than slightly threatening, like she might brain you with a lamp if you didn’t perform adequately after she took you home. On “It’s Still a Love Song,” Grae spits about how the pain of a broken heart is aggravated when you’re a pot-selling blackout drunk who likes to start shit at clubs—a difficulty rarely discussed in the works of Betty Wright, for instance. Grae is Doris Duke filtered through a Biggie mentality.

The production is also strong. California-based Blue Sky Black Death, whose recent work with Wu-Tang off-shoot Holocaust gained them some small notoriety, provide arrangements here that are both haunting and ominous, and their beats work to compliment Grae’s rhymes well here. Running very much counter to the “chipmunk soul” that is in fashion these days, Blue Sky Black Death’s layered tracks are largely hook-less, instead curling up snatched bursts of strings and fuzzy N.E.S. beeps into beats that are subtle enough never to overpower Grae but catchy enough to stick in your craw for later.

I hope Grae is getting something out of this release, because she sure deserves it. There are always rumors swirling that she’s about to leave the industry, and one would forgive her, even for the gaping hole she’d leave in the scene. Blue Sky Black Death also deserve their pound of flesh for putting out such a solid offering, but if they don’t get it they can at least take comfort in being the latest in a long line of artists who went broke making fire with Jean Grae.