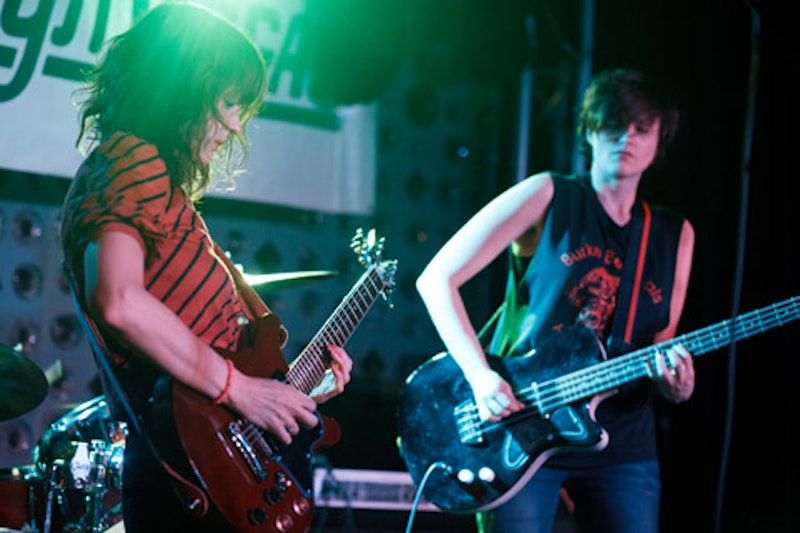 When I've got the Teenage soundtrack on in the car—all that wonderful Bradford Cox-spawned aesthetic slush—odd song out "Kate" is the tune my son gets excited about. It isn't hard to tell why; resentment and jealousy is easily transferable from one generation or era to another, and this 1980 slice of screwed pop no-wave celebrates the drawing of adolescent lines and gauntlets thrown, crossed arms, mean mugging, calling someone a rude name because they won't hold your hand or be your friend. "It's not fair, it's not fair," goes Chandra's pouting mantra, and that intransigence is as wearying to grown-ups as it is reassuring to children who have yet to grasp that life will never, ever be fair, no matter how much any of us wish that were so.

Picking a favorite side of a killer noise cassette is like trying to choose between your two children; a senseless, impossible exercise. Pleuraraum is one of those spookily impeccable underground classics, a heaving hulk of ectoplasmic drone that expands outward almost infinitely, like a sentient Ice Age patiently engulfing ancient Pangaea, or a malignant Seafoam salad. Houston-base artist Tanner Garza supplied the loops, and then German sound collagist Siegmar Fricke manipulated those loops into a rich, medicinal fudge. If on Side A, "Stromal Invasion," Garza and Fricke stoked their audience's sense of wonder with a shape-shifting sonic palette of oceanic ohhhhmmm and oil-slick ewwww, on the flip they're out to deep-six us. Ominous and glowering, "Ascitic Fluid" thickens the rue even as it calls in the mother of all storms, souls eternally locked in torment, even a plague of homicidal electric eels. Listen through headphones for best results; turn off all the lights in the house for even better results.

Post-Helium, Mary Timony is more and more like that one chick from high school who can't date any one guy for more than a week, except that in actual practice it's a seemingly infinite series of bands, projects, and line-ups that always seem to wind up with the one-time indie-rock poster girl back home teaching guitar lessons in D.C., threatening to quit music again. (Ergo why I don't even care who's playing with her now; what's the point in asking?) Ex Hex is the latest model, flaunting a single and teasing a full-length and raiding SXSX, with "Hot and Cold" a not-quite highlight reel-worthy wrinkle that finds Timony gear-shifting into standard tuning and dropping the phantasy-camp daydreaming for generic flirt-talk. The pace is mid-tempo choogle, the angle is guitar-goddess shredding, the attitude is anti-climatic, non-committal: it's all vaguely awesome and vaguely empty, a hummable promise of something more, even if it wouldn't shock me if this particular enterprise's on the proverbial shelf by 2015.