On the Deerhunter frontman's score for the documentary Teenage. 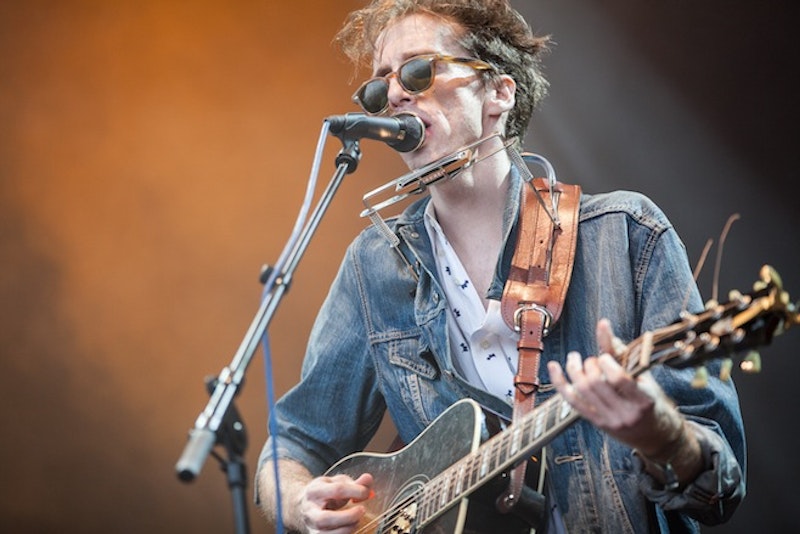 I received Monomania, last year's Deerhunter album, as a promo but couldn't bring myself to write about it, mostly because the act of writing about Bradford Cox for any reason had become an exercise in frustration. The Bradford Cox the rest of world had fallen in love with was an artist I didn't much recognize anymore: a guy who wrote songs within stark guidelines, who was given of late to imitating mid-20th century crooners, whose melodic muse was gear-shifting away from remote color-spectrum globs and into unmemorable pabulum. All this, despite the fact that I kind of dug the flailing-in-different-directions Monomania, despite the fact that it gave me hope; I was still so profoundly irked that Parallax rendered the Atlas Sound concept inexorable in the wake of Deerhunter's blah Halcyon Digest and a gaping dearth of the immersive, lysergic studio doodles Cox used to drop free in mind-squashing heaps on his blog like drug-pusher testers that, instead, I played and replayed Monomania faves—like "Leather Jacket II," still the business—but pointed my pen in other directions.

Now the Teenage soundtrack arrives, and all is pretty much forgiven; my Bradford Cox is back in fine form, operating in a sphere that's experimentalist—he's larking on the shoulders of minimalist composers of yore, pouring some out for formalists like Tortoise and Stereolab, fucking around with every instrument and rhythm and musical idiom within his reach. Last time we caught him mining this vein was on 2010's freebie Bedroom Databank series, where quantity significantly exceeded quality. On Teenage, Cox strikes a perfect instrumental tone between felicity, technique, mood, and trippy abstraction—from the wishing well of strings, wow 'n' flutter, and Eastern solemnity that is "Daphne Duck" to the loopy lope, sock-hop shuffle of "Doctor October" to smudged-lens vibes clinics "Natural Harp Monitor" and "Spanish Plastic." On every track, the intent seems to illuminate a warehouse-sized waiting room, firefly-jammed light bulbs, with one fastidiously arrayed sound or effect deployed, in motif or loop form, to saturate the sonic space without necessarily obliterating it. I haven't seen Teenage, but the suitability of this music to the subject matter is a no-brainer given the moods Cox is jiggling here, usually in tandem: melancholy, merriment, prefab nostalgia, confusion, mystery, yearning. A noir-esque piano vamp drip-drip-drips throughout "Skeleton Disk Loop" like hot wax on a cuckold's exposed back, but Cox couches that menace within keyboard drone wonderment; "Pastel Ruins" plays and re-plays an isolated static sample through dream-sequence synthesizers and digital flutes from unproduced Westerns. As the soundtrack advances, the reins seem, song by song, to loosen, uncurl, and let down their hair; the disc's outset and send off are as different, in a sense, as a 13-year-old wallflower and a 19-year-old libertine, yet all wonderfully of a piece.