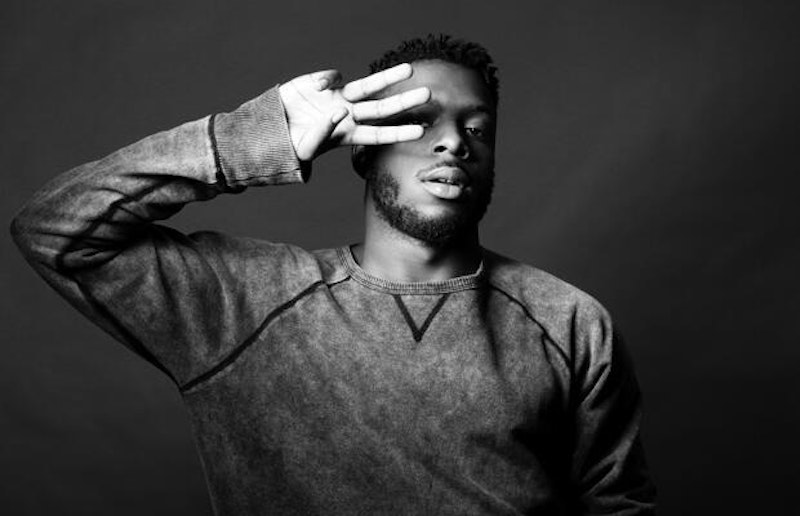 This past weekend was disconcertingly peaceful, then when I wandered down to Zelda's for a coffee during a break in my Monday evening Lean Six Sigma Green Belt class, the place was shuttered up tight. So I settled for Starbucks in the college Barnes & Noble, and was informed by the barista that this is Bucknell's Spring Break week. "The kids'll be back next week," she told me. "It sure is quiet without them here, isn't it?" She's right; it is. But given the onset of warmer weather and the undergraduates' return, this coming weekend will be reliably raucous; the parties, the revelry, and post-adolescent noise will return with a vengeance. I'll wander through town, different soundtracks rattling the foundations of different decaying rental buildings.

Inevitably, Schoolboy Q's Oxymoron will lurk in at least a couple of those iTunes queues, "Los Awesome" in particular. It's a feel-bad banger in block party sweats, a latticework of threatening organ chords powered by percussion that's a combination of naturalistic drums and what sounds like a sewing machine gone loco; the track feels festive yet serious, faded yet muscular. Brief detours into faux Jamaican patois creates the illusion of hard-edged reggae at moments, but "Awesome" is all hot, merry menace. Thanks to production tricks, each double or triple-tracked verse seems to surface just before the one prior has a chance to end—an irresistibly delirious clutter of jokes, threats, and ad-libs. This is Schoolboy at, weirdly, his most and least accessible, honing in on a flow somewhere between his own novelistic leer-sneer, cartoonish late-era DMX, and whiny-bitch Fred Durst. It's hardly the most memorable, pause-giving, or, dare I say, nutritional aspect of Oxymoron, but it's what the man's outlier stans will remember in years to come; right now, someone is enthusiastically making "anti-freeze, chillin' cool cool with you" the centerpiece of his senior yearbook page. I promise.

Rap is lousy with skits; most of them are larks, throwaways, daft snacks. Some projects employ them in interesting or compelling ways. Every-other-banger skits featuring the same ambitious, gold-digging groupie were the glue that held top-notch Bangladesh's Ponzi Scheme tape together last year, a project that was essentially a glorified late-career highlight reel; the listener didn't necessarily learn anything new about Bangladesh or life or the world, but the listener was reasonably entertained.

"Dope Bitch Skit," from Rick Ross's new dead-on-arrival Mastermind album, is hardly the best thing here; this skit does not revolutionize the rap-album skit game or improve what's around it, and in the context of the album and Ross's career as a whole, it's downright pointless. It's two or three minutes of stoned baller chicks espousing their own boss-level righteousness to some guys who seem summarily unimpressed.

Yet outside of Mastermind's context, "Dope Bitch Skit" is an interesting mediation on self-deception and self-affirmation, akin in a way to Young Jeezy's Thug Motivation series and, say, Insight seminars and American Hustle's interior/exterior con games. This skit is really about the special art of deluding yourself into believing that you're more powerful and indomitable than you actually are. It's sitting around in a room doing confidence exercises until you're buying your own myths wholesale and everyone else is, too; the connection to Ross, of course, is that his entire persona is built upon this sort of Great Gatsby-esque bullshit. The problem is that, by now, everybody knows that about Ross, thus "Dope Bitch Skit" is superfluous and redundant here.

What would be interesting—to me and probably no-one else—is an entire album based on this premise, with no music or raps or anything: just the self-assured sitting around, talking shit, burying themselves in props. Or maybe, like, a documentary.

Well, yeah, duh: aren't soliloquies what all rap songs are? I still probably haven't given Cilvia Demo its full due, but "Soliloquy" is what leaps out at me and hooks me every time; it's a fun example of the sort of sleeper favorite every rapper worth his salt should have in his quiver: a sort of playfully rappity-rap Scattergories that isn't designed to slot in any particular genre box, just going hard with no choruses but not necessarily freestyling, per se. So we get almost incidentally brilliant splashes of autobiography, bravado, Hollywood-fare puns, porn fantasies turned political statements, and way more over-hittin'-switches keyboards and juggled, gorgeous pianos, with DJ scratches thrown in as accents, drum hits clattering, and disembodied vocal captures spiraling.

Lyrically, this thing is all over the place. Shade throwing? "Don't you put me on Freshman covers, I'm posing with lunch." Comedy preferences? "Watch a movie like, damn, that Vince Vaughn is a funny cat." Rashad wonders why he and his have to lease, not buy; he airs out his dad, clowns Ozzy Osbourne and Marilyn Manson fans, clues us in on how he likes to tackle weed intake, is the first MC I've ever heard turn "Walter White" into a colloquialism for dope weight. And all of this feels effortless and unlabored. Everything flows out of Rashad with such ease that it seems like he could do this forever, but he doesn't, pulling the plug at 1:47 and leaving a standout in his wake.