Their Life Is Their Art

Exposés and tell-alls are too important to be ignored. 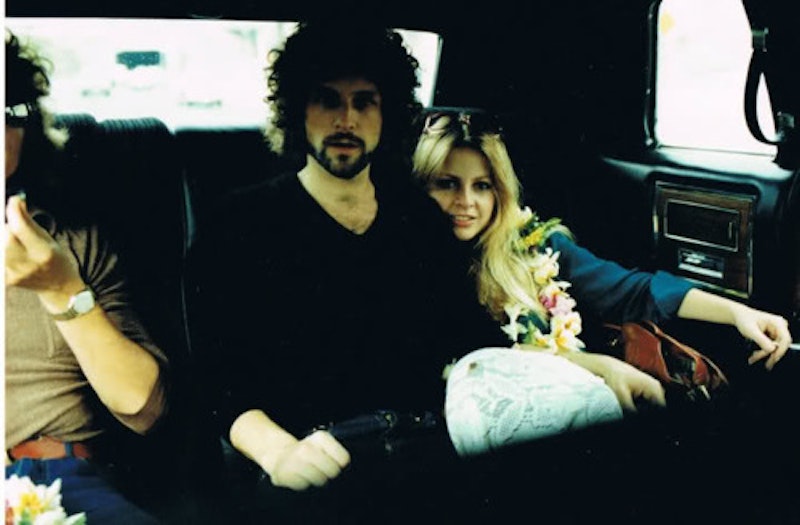 Separate the art from the artist was a credo in my house growing up, given how many hardcore abusers of women are among Hollywood and rock icons. Sure, it’s a drag sometimes to dwell on the bratty and violent behavior of artists whose work is palliative and comes, seemingly, from a place of love and yearning. Music is a transcendent painkiller, leaving you full, like the nourishing band of endorphins you get from exercising or having sex. It is alchemy. So investigating the lives of artists who take on superman qualities in your mind may feel superfluous to some. Pretty much everyone I know is totally uninterested in stuff like rock biographies, interviews, exposés, insider stories. To most, it’s irrelevant to the music, but I find knowing as much as I can about a musician and how fucked up they are adds much more depth to the work.

The hyper-anxious and desperate sound of Lindsey Buckingham’s songs on Tusk is thrown into sharp relief when you keep in mind he beat and choked his girlfriend Carol Ann Harris dozens of times, dragged her by the hair as he drove down a gravel driveway in his lux BMW, and carried out an extended campaign of general emotional abuse for eight years. Reading Harris’ memoir Storms is an abyssal experience: despite countless chokings, punches to the face, verbal assaults, and disrespect of basic human dignity, Harris defends Buckingham’s behavior even in the present tense, dismissing his explosions of violence as a symptom of making a really important record. It colors all his work in a really dark way and lots of the stuff on Tusk that sounds anodyne at first becomes incredibly menacing.

Bob Mould’s autobiography See a Little Light actually dulls the edge of his enormously powerful music in Husker Du. At first he comes off as very straightforward, very Minnesota—business oriented and level-headed—but underneath the calm politeness is a scrim of extreme bitterness and regret and deep, stubborn grudges, mostly with Grant Hart. Mould appears to be the kind of guy who would rather fall on his sword to prove a point then compromise, even if he’d benefit. One of Mould’s most prominent qualities post-Du is his plainness, his prosaic, bland way of writing lyrics, his chord sequences and production are sometimes the musical equivalent of your grandmother’s wallpaper.

Maybe it’s all in this one sentence: “But now that we were on break, we were having an idyllic time, eating fish tacos and smoking weed, doing the Austin thing. It was Slacker 1993, quite a change from Brooklyn. We started calling the house the Compound. I bought a couple of cars: you have to have cars in Texas.” His tragic martyr posing is laughable and sort of pathetic: “I took another shot at the song. The performance was harrowing; Jim recalled the stunned silence in the control room after I finished my caterwauling. I said something to the effect of ‘I hate the person who wrote that song,’ then went into the kitchen area to sit alone for two hours.” Disaffection bought from SkyMall.

And I’d be remiss not to mention Scar Tissue by Anthony Kiedis, which is great even if you can’t stand anything he sings on. There’s a goofy, endearing California spirituality, and a stark story of hardcore cocaine and heroin addiction and relapses. Reading about the depths of his addiction makes his peanut butter mouth singing a little more palatable, and he cranks out a few gems like this: “On that trip, I made friends with a pelican whose wing had been damaged in a fisherman’s net. He had become the mascot of the pool area. I sat there and fed him and talked to him. We were two creatures nursing our wounds. I even wound up writing a song about that pelican."