The strange case of a "leaked" 2001 David Bowie album. 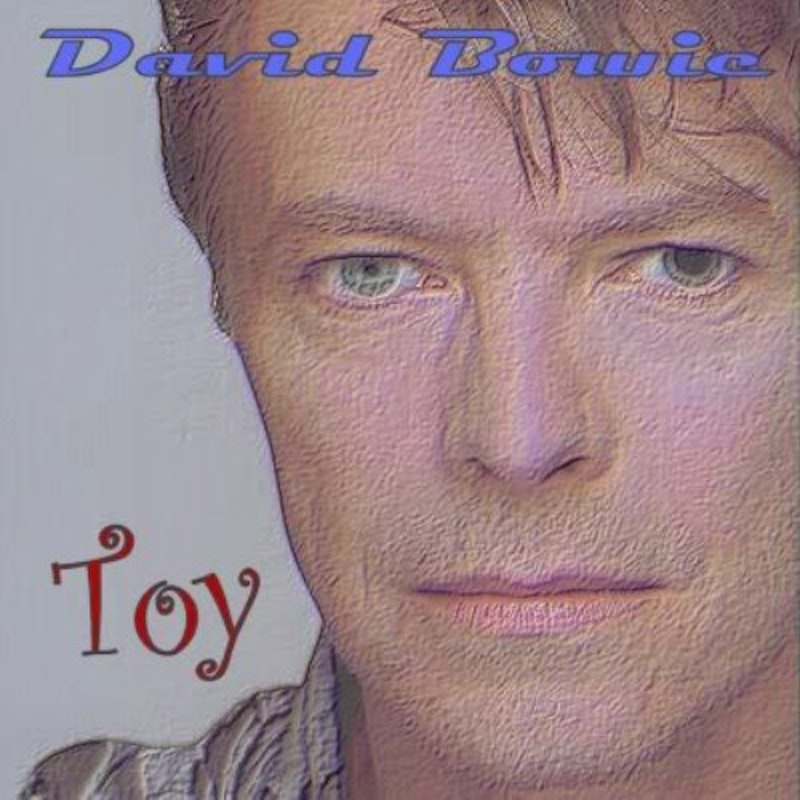 Listeners can still get whiplash tracking the changes that David Bowie went through during the 1970s: Post-hippie troubadour (Space Oddity), sci-fi glam rocker (Ziggy Stardust), chanteur (Young Americans), coke-fueled disco dolly (Station to Station), electronics dabbler (Low). But while the experimentation with musical forms continued well into the 90s (the jungle-fied Earthling, anyone?), the seemingly tireless trying on of costumes and identities had pretty much run its course by 1995’s 1. Outside, the would-be first in a cycle of five pre-millennial albums that wore its Nine Inch Nail-isms comfortably (if sometimes awkwardly) enough.

Heathen (2002) and Reality (2003) found Bowie in relatively normal “amiable rocker” mode, which made his abrupt exit from the music scene after his emergency angioplasty in 2004 all the more disappointing. Alongside Neil Young, it’s hard to think of another still-working musician from the late 1960s still capable of delivering new music that challenges both the listener and the artist himself.

But is Bowie still working? He’s never officially “retired,” but with the exception of some memorable acting roles—as Tesla in The Prestige and as “himself” in an episode of Ricky Gervais’ Extras—there’s been no new music from the one-time chameleon; instead, we’ve had countless “special editions” of past albums, with last year’s well-received Station the latest example. One assumes that his biggest commercial success, Let’s Dance, will be given the bells-and-whistles treatment soon enough.

All of which makes the arrival a couple of weeks ago of Toy all the more quizzical. The album, completed in 2001 but never released, has suddenly sprung up on a number of websites as a “leaked” entity. Bowie’s camp has predictably remained silent on the topic, but given that it’s his first “new” album since Reality, it’s been predictably welcomed as a would-be return to form—that is, if it hadn’t been recorded 10 years ago.

Toy is doubly “not new” in that it consists of re-recordings of obscure B-sides or deep album cuts that Bowie apparently felt deserved another potential spin in the spotlight. (Reminiscent of his reclamation of 1965’s joyful, if lyrically inane, rocker “Can’t Help Thinking About Me” in 1999.) The strategy evidently didn’t meet with the needs of his then-label, Virgin, which was still suitably flummoxed with how to market his oddball look-back-in-melancholy effort Hours…; putting out something that focused on material recorded for other labels doubtless didn’t have visions of dollar signs dancing in the heads of execs.

All that said, Toy turns out to be a pleasant, mildly diverting listen—not an epochal game-changer and, frankly, something that only the most rabid Bowie fans need bother themselves with. Two of its tunes were reworked for Heathen: A slightly poppier version of “Afraid,” last heard in a more rocked-up version, and a prolonged, even more inward-looking “Uncle Floyd”— the surprisingly sincere, cosmically conscious look at childhood refracted through an adult’s memories—surpasses the stirring heart-tugs of its revision as “Slip Away.” (The long introduction includes what sounds like outtakes from the Uncle Floyd TV show.)

Throughout, the Hours…-era Bowie is in full effect. Thematically, almost all of these songs look backwards, usually with regret. That’s not necessarily a bad thing—it took me a few years to figure out just what Bowie was up to on that album—but the plethora of mid-tempo arrangements and tired-sounding vocals (the album was reportedly bashed out in nine days) give the proceedings an unfortunate patina of sameness. “Let Me Sleep Beside You,” complete with Byrds-ian 12-string guitar, is a solid coming-of-age tune that makes more sense now than it did when he first recorded it in 1967; the bad punning of “Silly Boy Blue,” from around the same time, is propped up by a string section.

Still, there are worthwhile moments here. “The London Boys” calls upon doleful woodwinds to help get across its tale of teenagers finding escape through pills—sort of a mini-Quadrophenia, only without the street fights and the ferocious tempos. Even stronger is “You’ve Got a Habit of Leaving,” with an insinuating, stop/start chorus and the plaintive refrain “You could grow up/If you wanted to.”

The mystery of “why now” remains impossible to solve. Studio outtakes and leaks hitting the Net are nothing new; there’s even a Sketches for ‘Toy’ boot that’s been making the rounds for the past couple of years, with most of these same songs in slightly altered form.

It’s possible that Bowie is somehow responsible for the leak, though again: Why now? Perhaps we’ll get an answer from the forthcoming book Bowie: Object, which according to the man’s website “features 100 fascinating items that give an insight into the life of one of the most unique music and fashion icons in history.”