The gloriously indecipherable Mountain Goats return with All Eternals Deck. 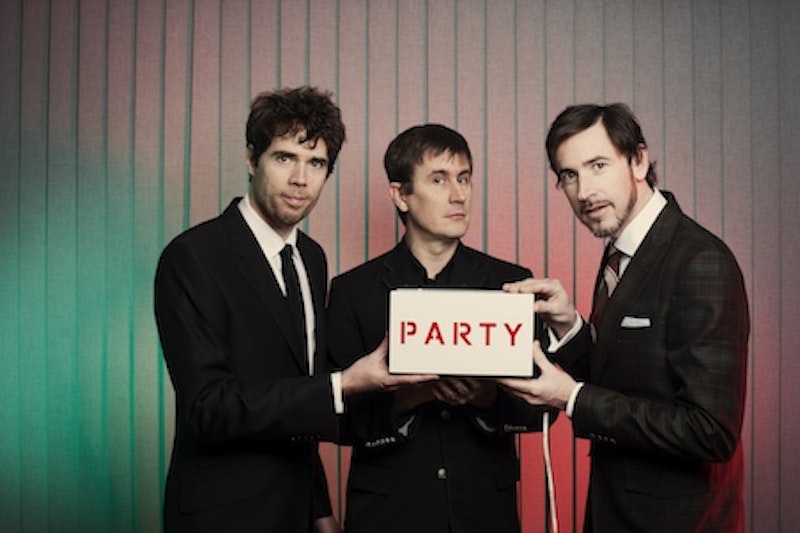 The Mountain Goats’ John Darnielle is a songwriter whom you need to follow around with an encyclopedia, a dictionary, and occasionally, a Bible. He’s going to write you a good song, and he’s going to make you smarter as he does it, and once you decipher what the hell he’s talking about, there are plenty of layers to explore—but you’re not exploring Darnielle’s insular, hyper-real mythology. You’re exploring the obscure and unconscious mythology of being human, and if this sounds like a lot of work, it’s not.

The meaning of All Eternals Deck is just as obtuse, but that’s nothing new for a band with song titles like “Hast Thou Considered the Tetrapod?” and “Alpha Rats Nest.” It points towards a number of equally unlikely choices: a race of comic book metahumans created in 1976 by Jack Kirby; a well-constructed set of Magic: The Gathering cards; no less than seven other albums called “Eternal” by bands musicians ranging from Branford Marsalis to Sonic Youth, though I don’t think it would be beyond Darnielle’s unusual machinations to write an album about seven other albums, either. These titles sometimes read like anagrams, too arrhythmic to be successful palindromes, pointing towards equally unexpected references, which may or may not have anything to do with the song itself. Skeletal Candler? Lacerated Knells? Led Ancestral Elk? They’re all equally likely titles, with meanings that plumb equally murky depths.

Like every other album, The Mountain Goats’ best songs are microcosmic explorations into people and places that you’ve never known and never seen, mixing very specific details with more nebulous words, like a camera shifting between focal points, settling for a few seconds, and once again shifting, blurring everything along the way. It starts off with the usual mid-tempo compositions consistent with Darnielle’s oeuvre, and then explodes into the exceptionally urgent (and innocuously titled) “Estate Sale Sign,” one of the points within Eternals that helps to sustain the listener’s faith that Darnielle still has it.

Strings swell behind the lyrics “Gold light shining on/so many things” during “Age of Kings,” and it becomes clear that Darnielle’s lo-fi days are long gone as the polish of Eternals comes forth like never before. There’s no tape hiss, there’s no comfortable clicks and buzzes of the bedroom or the traffic outside. Not everyone can survive this kind of transition, and it’s all too often accompanied by an unsalvageable drop in credibility or an audible lull in passion, but miraculously, the music survives, and often thrives in this crisp, clean bubble.

“The Autopsy Garland” plods ponderously along like the soundtrack to an Old West-styled showdown, repeating “You don’t want to see these guys without their masks on,” inferring something a bit more sinister or demonic than any other lyrics imply, twisting every other word towards the eerie image of masked men, doing Lord-knows-what. This is why Darnielle is often called one of modern music’s finest lyricists.

“High Hawk Season” is the first instance of Darnielle using a baritone back-up chorus, sending him seamlessly into the era of O Brother Where Art Thou? for the first time, and it’s a place I’d like to see more often.

Eternals has these high points, and the rest is filled with solid Mountain Goats music: enjoyable, sad, contemplative. With references to Judy Garland and daughter Liza Minnelli in the same album, it’s still not always easy to decipher where Darnielle is going, emotional declarations being constantly fired and grazing references to Neanderthals and arachnids.

From their earliest days, The Mountain Goats have been about the urgency of the idea, John Darnielle spitting out esoteric references to mythology with tremulous shouts and whispers and the occasional falsetto when the force of the idea itself sculpts the vocals in that direction. It’s this elevated intellectual rawness that has continued to sustain the amazing quality of this music for 20 years, and All Eternals Deck maintains the tradition excellently.