The Tortured Revival of Bob Dylan

A look at Dylan's excellent 1997 record Time Out of Mind. 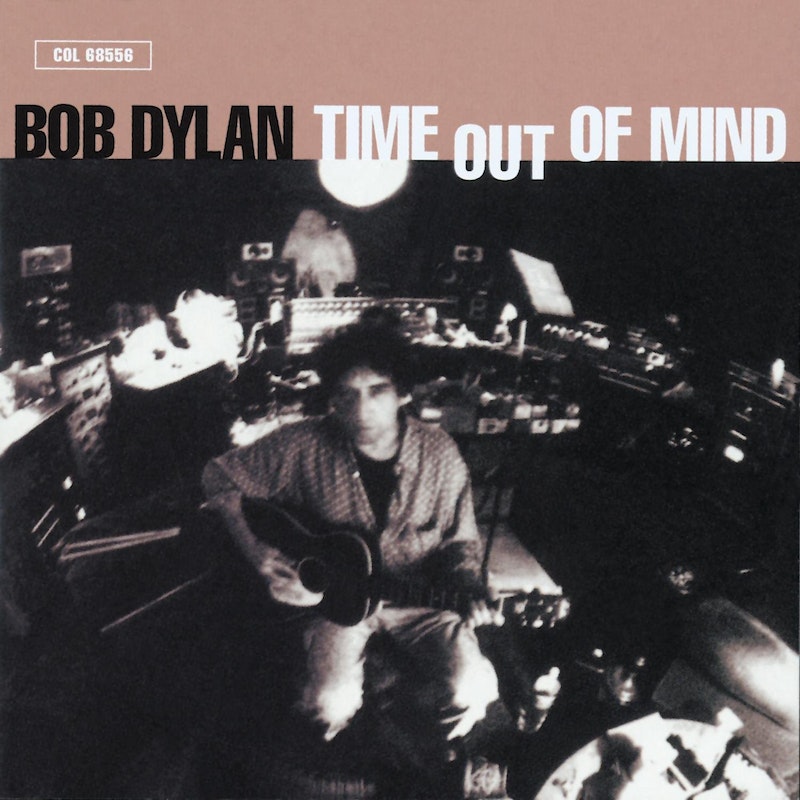 After years of commercial failures and disappointments, no one expected Bob Dylan to release his magnum opus in 1997. It’d been seven years since he produced any new material and arguably decades since his last “great” album. 1990’s Under the Red Sky is widely regarded as one of Dylan's worst albums. Few expected Dylan to make a comeback so triumphant and subtly humble.

Time Out of Mind sounds like it was written to a person, a lover. The lyrics are raw, personal, and less disguised in metaphor compared to Dylan's previous work. The songs are slower, giving the false impression of containing wisdom. But they’re no wiser than Bringing It All Back Home or Highway 61 Revisited. The songs contain an emotional naïveté often lacking in Dylan's lyricism, which is filled with fear and worry, contemplation of morality. Time Out of Mind is Dylan's least pretentious work.

Dylan's written sentimental songs, but “Make You Feel My Love” may be his sweetest song. It's direct and doesn't beat around the bush. He wants to make you feel his love. Billy Joel recorded it first and since then it’s been covered by a slew of other mediocre songwriters including Kelly Clarkson and Garth Brooks. It's a beautiful song that expresses Dylan's often-repressed sentimental side.

But Time Out of Mind isn't all flowers and ponies. In fact, it's mostly the opposite. The first track, “Love Sick” is my favorite Dylan’s song. His voice is desperate. The frequency to which his voice bounces and cracks amongst minor and dissonant chords surrounding him is haunting. Dylan sings:

“I see lovers in the meadow

I see silhouettes in the window

I watch them 'til they're gone

And they leave me hangin' on

Dylan is pained and heartbroken. He's lost, directionless, perhaps totally empty. At 57, he recognizes that he has nowhere to go, no one to turn to, and is stuck with the loneliness that he exudes. This song is interesting because it hardly feels like a Dylan song. It's depressing, closer to Leonard Cohen. His voice is musty and haggard like later Cohen too, or Darth Vader going through puberty.

The mood is then ruined by the second track, “Dirt Road Blues.” In a near-perfect album, this is the only blunder, but I don't want a perfect record from Dylan. I want his improvised bluesy mediocrity in at least one song.

Daniel Lanois' production is essential to this record. Perhaps he picked up something after working with Eno. His work is wonky and minimal, a bit trebly. Before recording began, Dylan instructed Lanois to listen to early blues records by Charley Patton, Little Willie John, and Little Walter. This undeniably set the tone. But the production is modern, similar to a shoegaze album a la Slowdive or Lush.

Dylan's overarching theme of mortality is discussed in songs such as “Not Dark Yet” and “Trying To Get To Heaven.” In “Not Dark Yet,” he sings:

I've followed the river and I got to the sea

I ain't looking for nothing in anyone's eyes

Sometimes my burden is more than I can bear

It's not dark yet, but it's getting there”

Dylan reminisces on the extravagant life he’s lived, all the privileges and luxuries of his past. But none of these memories matter now. He’s staring death in the eyes and is ungrateful for all the wonders his life has been filled with. Instead of appreciating the life that many would trade both arms for, he’s brooding in misery.

Dylan reaches new levels of comedy in the Robert Burns-inspired closing track, “Highlands.” In this 15-minute song, which is supposedly the short version, Dylan sings about how he's stuck in the rat race of life, pondering his meaninglessness in the world. He ends up in Boston at a restaurant, ordering hard-boiled eggs, talking to the waitress about Erica Jong. It's a wild ride, Dylan's longest composition at the time (this record would later be beaten by 23 seconds in his JFK-inspired 2020 epic “Murder Most Foul”).

Time Out of Mind is a stunning album that proved to his fans that he's still got it. What “it” is Dylan himself seems unsure of. And it appears as if he's distancing himself further from knowing.