The Beautiful Desperation of Fanfare

The custom record label in London was remarkably consistent in its sound, but most of their music has been out of print for decades. 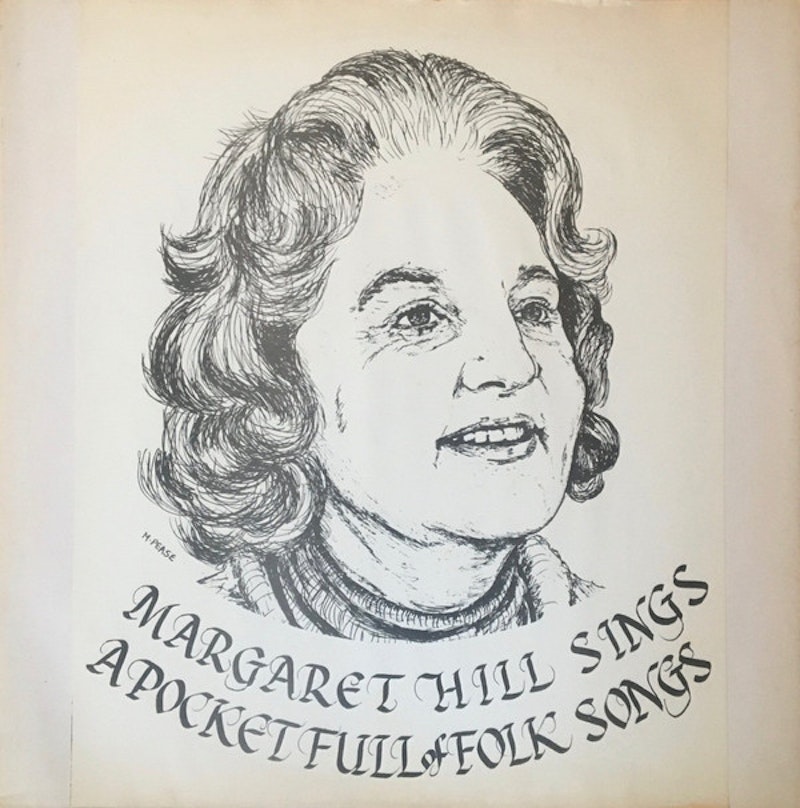 There weren’t many custom record labels whose output maintained a uniform sound, but London's Fanfare imprint was an exception. The majority of their classical, jazz, spoken word, and music theater recordings represented random perspectives, levels of artistic accomplishment, and geographic locales. Conversely, when it came to other genres, the label attracted artists whose work was original and strange even when compared to the most unique works of the UK private press scene. This streak of oddity was mainly present in Fanfare’s 1970’s releases. Unfortunately, none of the best Fanfare albums, singles, and acetate discs have seen wide re-release. Only bits and pieces have turned up on YouTube and other streaming sites.

There’s a beautiful desperation in Fanfare’s rock and folk output. They were hatched in a lo-fi Twilight Zone of shimmering melancholy, and that includes even the label’s loudest freak rock and prog pomp works. Records by Margaret Hill, Bob Short, Skint, and the pre-Warrior band Asylum, the demo version of Agincourt’s legendary LP Fly Away, and the lone album by low-key psych trio Eleri, Janet, & Diane don’t come off as the work of bummed-out losers. Theirs are the records of troubled survivors, personal emergency broadcasts entrenched in timeless drama: The Answer by Eleri, Janet, and Diane

Maybe it was the UK’s Three Day Week conservation policy. Maybe it was the post-Beatle malaise and the uptick in hard drug use that gripped early 70s culture. Maybe it was the quagmire called Vietnam and all of its Cold War consequences that weighed heavy on the hearts of young Welsh trio Eleri, Janet, and Diane. Their only way out of the early-1970s gloom was to raise a voice in praise to the almighty. The sound they achieve on their lone 1973 LP The Answer is a spell of music whose messages of faith emerge from monumental shadows. These girls don’t make Christianity sound easy. Unlike Earthen Vessel, Out Of Darkness, and Wilson McKinley, they don’t sing about “getting high” on The Holy Spirit. Their album presents melodic poetry inspired by the psychedelic breadth of godly power. The lack of a loud rhythm section reinforces the group’s meditative folk elements; it often feels like the trio could be sailing through the air on a cloud of frankincense and myrrh floating over The Manger in the cool night sky of the first Christmas.

Sings A Pocket Full Of Folk Songs by Margaret Hill: One look at the cover of Hampshire-based singer Margaret Hill’s 1973 debut album and you’ll know this is no stoner psych-folk testament. The front of the album jacket shows a realistic drawing of a middle-aged woman smiling subtly and staring off frame. It looks like she’s about to impart some great knowledge about how to enjoy life. The happy experience of years is reflected in her sparkling eyes, but the bags beneath them reveal time hasn’t always been gentle. Hill’s music and voice come from yet another rare hybrid, that of opera and folk. Arrangements on some songs break the folk mold, verging on contemporary classical, while her notes and chords all rest in the UK folk tradition. A few times the singer embraces a pseudo-music hall style not unlike the histrionics that enlivened Mary Hopkin’s “Those Were The Days.”

Hill‘s performances reference nostalgia and lost innocence, perspectives on parenting, and religious and philosophical themes. Despite a quiet acoustic instrumentation, there’s a lush sound throughout thanks to Hill’s own unique abilities as a guitarist and the rustic accompaniment of side musicians Leslie Binyon (flute), Barry Hill (dulcimer & guitar), and Paul Ravenor (“string bass”). Before recording, Hill travelled all over England sharing (in the words of this album’s liner notes) “a programme of Folk Songs and Folk Christmas Carols.” This material could’ve had a wide audience as its musical complexity never eclipses any of the wistful sentiment in the lyrics. There are few original songs, but, much like Davy Graham, Hill’s artistic power came from an experimental approach that completely re-invented whatever tune she touched.

Skint by Skint: Judging by its 1980 release date and the band name you’d think this was a lost punk classic, but that’s not the case. Skint was a mysterious synth-driven prog rock group. The sound was informed by the early-80s instrumentation of Pink Floyd, Peter Gabriel, Kate Bush, and the early works of the Phil Collins-led Genesis. Regardless of the dated gear, Skint’s arrangements and melodies are theirs alone. A tremendous complexity is at play and it owes as much to jazz fusion and folk music as it does to light prog. The original melodies give the record that distinct Fanfare atmosphere. No matter how many tricky electric piano runs or symphonic Mellotron patches decorate each tune, the notes are draped in quiet desperation. The singers longed to be heard by someone, anyone, a long-lost lover, a new friend, a psychiatrist, whoever could eclipse the cold omens of Margaret Thatcher’s Britain.