A survey of the best geriatric musical performances YouTube has to offer. 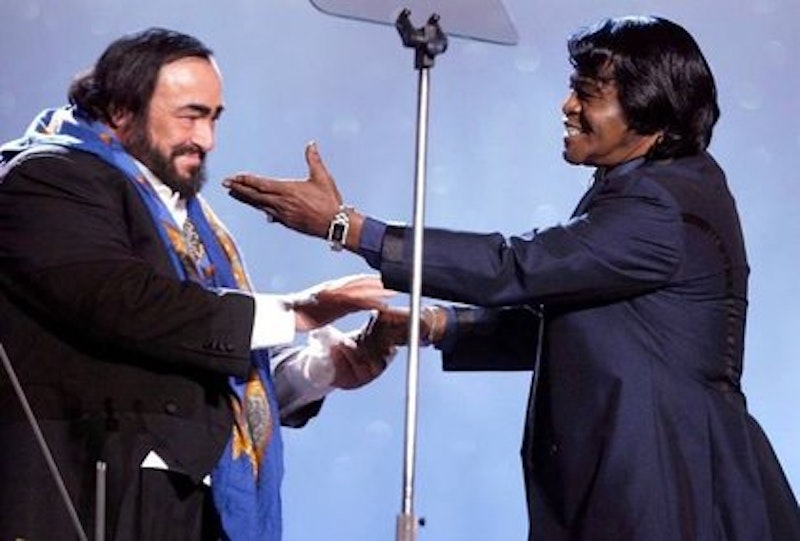 Oh my how easy it is to spend an entire afternoon sifting through the vast and limitless caverns of YouTube videos. I started with a request from my lovely girlfriend, Sam, to find videos of old people playing music, and ended up hours later, sloshing around a bottle of wine, with this.

It was a weird day.

So without further ado, here are the Top 10 videos of elderly people chosen and ranked by no more stringent criteria than my varying enthusiasm. As for what constitutes “old?” Anyone older than say, my parents, who are quite old, I assure you.

1. Furry Lewis – When I Lay My Burden Down
johnn

This is the video that I first thought of when Sam proposed the idea, and so it is ranked first. I just can’t get enough of Lewis’ (Furry’s?) unique guitar playing. I mean, anyone can play behind their back or with their teeth, but with your elbow? Eat your heart out, Hendrix. Seriously, watch every Furry Lewis video on YouTube now; the sprightly gent from Memphis dispenses some serious wisdom in between lewd jokes and some authentic ole blues.


Surely this isn’t the most flattering period of King’s career, but at least he can still stand up—guessing by his orb-like shape, that era ended not too long after this video. The legendary bluesman may look like a planet here, with the lights in the background his many moons, but my don’t those fat fingers produce such sweet sounds. And then there are his facial expressions: priceless. Even if his band is a little too slick for my taste, I could watch this video all day.


Elizabeth Cotten is another all-time favorite of mine, mainly for her adorable idiosyncrasies. In case it’s not immediately evident, she’s playing the guitar upside down! As Pete Seeger points out in another video with her, that’s really difficult, and her adjustment in strumming technique became known as “Cotten Pickin’” amongst her devoted followers. Combine that with her stone-face and plaintive whine and you’ve got a one of a kind folk musician. Also, if you want to make your girlfriend cry, play her this video.

John Hartford probably isn’t that old in this video, to be fair. This mellower Hartford offers a stark contrast between a younger, brasher version tearing it up on the guitar, fiddle and banjo. Here Hartford seems more assured of himself, surrounding himself with the best in bluegrass sidemen rather than flaunt his genius by playing every instrument. His voice hasn’t really changed though; the humor is still evident, except the delivery seems slightly more relaxed. If we could all age this gracefully.

I am delighted Hunter tells her story at the beginning of this video so I don’t have to. That sort of history is bound to make any artist more attractive, if for no other reason than sheer novelty, but Hunter’s talent is genuine. She’s like Elizabeth Cotten, except with more sass, and considerably more success. After the time of this video she went on to record a number of new albums, one of which, Amtrak Blues, I have a personal fondness for. Also, Hunter looks just like an adorable old Indian man in this video.

You always have enough time in your day for this song, and while this is far from the best version Cash can lay claim to, it’s one of the more amusing on YouTube. I just love the way Johnny leers at Willie, almost like he’s thinking, “What does this hippie think he’s doing to my song?” He even makes a snide comment about “trying again” after Willie’s first attempt at a solo, like playing anything other than the canonical lead guitar part is completely unacceptable. It makes a bit more sense if you watch some of the other videos from this show though, as Nelson clearly doesn’t know many of the songs.

There is so much blind enthusiasm in this concert hall, I can hardly take it. Watching these two legends together is a veritable history of blues and soul, bridging the 50s and the 70s. Ray shows he can still get funky, wailing on that weird synth while mush-mouthing words he may or may not know, and Stevie does his thing, all the while looking like an overweight secret service agent. I was going to contrast and critique their respective sartorial choices, but then I realized…

8. Rick Danko – When You Awake


Sam didn’t think I should include this one because Rick Danko doesn’t look very old, but his case is sort of like Hartford’s, he’s old relative to the image of him I have as the clean-shaven bassist for The Band. I have a deep admiration for Danko that goes all the way back to when I was a little kid and an older friend wrote me a doctor’s note to get out of some school thing or the other, and signed it “RICK DANKO aka DR BASS.”  It worked, and this video works too; the fragility that was always inherent in the song is drawn out by Danko’s own brittle voice.

There are probably a ton of classical musicians I could have included, but my knowledge in that area is limited to obvious standout musicians—like Segovia. What can you say about guitar-playing this fluid, this beautiful? All of the videos of Segovia on YouTube are captivating, especially the ones of him teaching lessons. It’s in that relaxed setting that you can most clearly see how much the guitar is an extension of his body. Even for someone with an untrained ear like mine, you can tell that Segovia has an unnatural gift for dispensing feeling and grace through six strings. Plus his white hair and black glasses kinda sort of make me think of penguins. Old men are so cute.

I would rank this video even higher if the stupid people who made Blues Brothers would have left the camera on John Lee Hooker a little while longer instead of drifting all over the place. I mean, I know it’s a movie (and a decent one at that), but just look at his shirt! His band is pretty killer too, but it’s clear who the star is. I’ve always said that if I could be one type of musician it’d be a fat Jamaican bassist, but coming in close second is weathered old bluesman with an electric guitar and a gravelly voice.

Good God I love strange, cross-genre pairings, but this one takes the cake. Seriously, what is it about opera singers that makes them so creepy when they’re taken out of context (remember Andrea Bocelli on Sesame Street?). James Brown, being the consummate professional, is completely unfazed, but I nearly fall out of my seat laughing every time they cut to Pavarotti leering from his stool. I should’ve included a video of The Hardest Working Man In Show Business somewhere up high on the actual list, but I couldn’t get away from this one. No disrespect to the Godfather meant though; RIP James.


And if you want to see some videos by some old non-famous people that inspired this column go here.