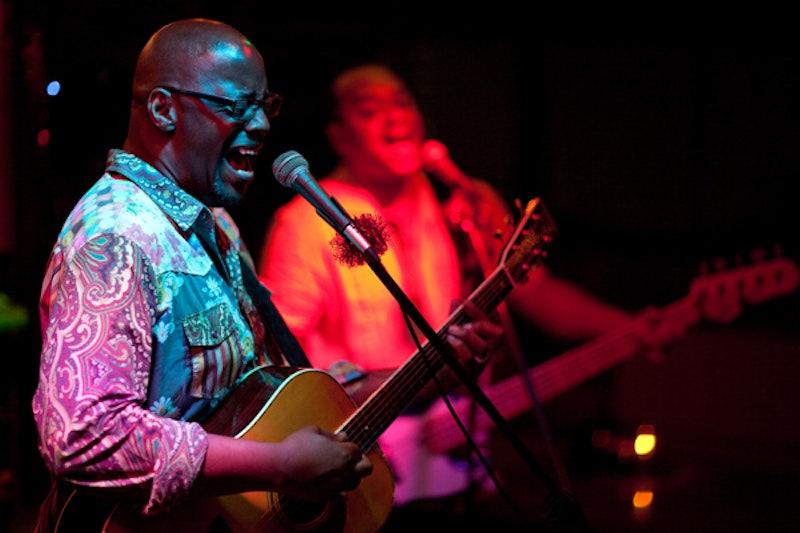 I'm a huge fan of cover songs. One of my favorite pastimes is listening to alternate versions of a track alongside the original recording to see what differences I can notice. Joan Jett's "Androgynous" departs from The Replacements' original in her use of guitar in place of piano and drumsticks instead of brushes, creating a more conventional rock sound that better fits the tone of her album Sinner. It's this kind of stuff that draws me in.

As you might expect, then, tribute albums like the Tomas Doncker Band's recent Howlin Wolf EP are particularly fascinating to me. Howlin’ Wolf songs have always been standard issue for cover bands, grounded as they are in truly classic blues—an aesthetic every American band should strive to master. Cream did their own take on the classic "Spoonful," and though Eric Clapton and his crew certainly whitened it up and did significantly less growling into the microphone, their cover—almost twice as long as the original—is a fantastic snapshot of British blues.

Doncker goes after "Spoonful" on the EP's opening track, and the style here is instantly distinguishable from Howlin’ Wolf's: rather than fuzzy, stripped down blues, Doncker assails listeners with a psychedelic Hendrix-esque guitar barrage, squirrely harmonica solos in the vein of Blues Traveler, and all the rumbling baritone bravado he can muster. As strong as that voice is, it's actually the weakest part of the song—rather than making the lyrics his own, it seems as though Doncker is trying to do his best Wolf impression. Meanwhile, his band performs some finely blended 1970s blues that more than make up for any perceived inauthentic vocals.

Honestly, that's a pretty good summary of the whole EP, even the band's original track "Shook Down" (which distinguishes itself twofold with an outro that calls to mind Temple of the Dog). With covers of classics like "Smokestack Lightning," "Back Door Man," and "Evil," the band pays admirable homage in their own rock-centric way to a blues legend. A footnote on the EP cover reads, "We hope he likes it."

This is the Doncker Band's first of two EPs this year, the other being a mixtape from Doncker's True Groove label: Power of the Trinity...A Slight Return (The Global Soul Mixtape Vol. 1). Listening to each in turn yields a deeper appreciation of just how many influences are at play in the Doncker Band's work—the second album runs the gamut from funk and acid rock to traditional African folk music. With proceeds going to the 1Hundred Girls Impact Plan to help young women in Ethiopia, Doncker is the latest to try and transcend race and class through music to help those who can't afford to spend time waxing judgmental about blues on the internet.