The Spectral Majesty of UK Folk

For lovers of the original UK DIY scene, Audio Archives’ new compilation Knotweed is the most anticipated release of the year. 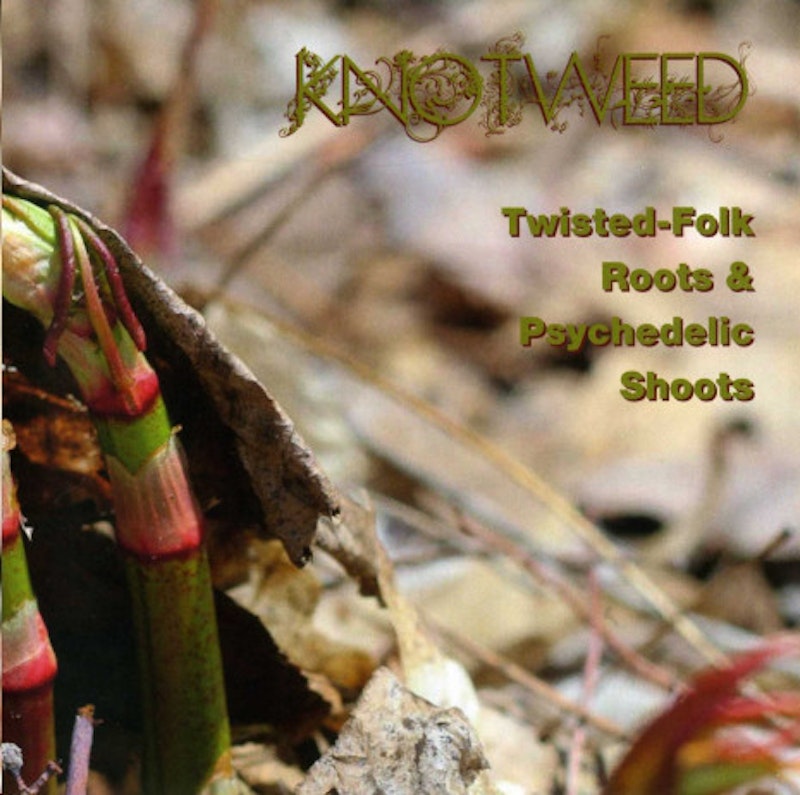 When the rest of the world first got hooked on strains of American rock ‘n’ roll, British beat, and psychedelia, villages and hamlets in the UK were teeming with musicians who never stopped embracing their own regional folk traditions. The post-WWII folk music revival that began with skiffle kept growing and evolving concurrently to the many pop/rock evolutions that went on well into the new wave/punk era. The UK folk movement occasionally took detours into psychedelic/prog territory with results that were still staunchly traditional in purpose if not technique. Before the 1980s, these artists were cloistered in places that had been sources of indigenous music. Much of this material informed the rootsier work of big time acts like The Incredible String Band, Fairport Convention and The Rolling Stones. If these millionaire pop stars could draw from Britain’s backwoods heritage, it was only natural for artists who actually lived in the sticks to come up with their own take on the melodies they’d been hearing since birth.

For lovers of the original UK DIY scene, Audio Archives’ new compilation Knotweed is the most anticipated release of the year. Subtitled “Twisted Folk Roots & Psychedelic Shoots,” the lengthy CD explores a panoply of folkie lo-fi testaments made from the 1960s into the late-70s, the heyday of the British private press explosion. This was an era marked by countless low budget vinyl releases, most of which came out in pressings no larger than 99. That fixed scale was the result of a now obsolete UK law that made the release and sale of any mass-produced audio recording tax exempt as long as it was replicated in an edition of less than 100 copies. Ultra-local/communal efforts were the main source of these obscurities. Some of the best works were produced by primary and secondary schools, colleges, community theater organizations, and local pubs and cafes that hosted folk music events.

Knotweed digs through every corner represented by these remote enclaves uniting hayseed pickers, ghostly troubadours, early ambient artists, sloppy teen prog wannabes, stoned back-to-the-land Arcadians, and just about every other kind of non-punk rural outsider that Britain had to offer.

Several records and labels represented are historically significant. Ireland’s Ceathrar were a Moog-driven bunch who melded the sci-fi soundtrack tones a la Delia Derbyshire and Daphne Oram with the complex arrangements of renaissance music. They’re best remembered for sharing a split 7” on the Gael-Linn label with future ambient/new age stars Clannad while that group was still going through a trad music phase. Woozy jazz folk septet Secret Acoustic Band, metal warriors Gomrath, and cosmic troglodytes Aragorn all appear as the major counter culture acts; each group made its respective debut on a 1971 album titled K.C.S. Modern Music Concert that documented a live event held at Wimbledon’s King’s College School. The album came out on the John Hassell Recordings label. Based in the outskirts of London, the Hassell imprint became seminal in the 1970s for putting out early material by dub reggae heroes Dennis Bovell and Scientist, as well as the debut recordings of Mark Warman, an accomplished guitarist who contributed prominently to Scott Walker’s Drag City albums.

Other outstanding cuts come from the original soundtracks of folkloric stage productions. For fans of DIY psychedelia, the Dartington Hall School tunes (ethereal moaner “The Selling Of James” from 1968 LP The Scrapyard/Reciprocal Rhumbas, and the electrifying folk rocker “The Three Wheels” from the 1970 OST of Goethe-inspired musical Foister) are the most notable as these feature rare contributions from cult acid-folk singer Mark Fry. Zacchaeus was a 1978 album/Biblically-themed musical written by the students from Kingsclere Primary School and produced and performed by Sarum Hill Fellowship. The production’s title song is a pop rocker with unforgettable riffs, dreamy electronic keyboards, and dense choral harmonies, a combo that sounds a lot like NYC Jesus freaks Tamalpais Exchange had that group been augmented by a throng of pre-teen Bible scholars.

Many tunes on Knotweed boast lead singers influenced by the unaccompanied vocal music of bards. This is the stark crooning most often heard in performances of “Barbara Allen,” “The Farmer’s Curst Wife,” “The Sweet Trinity,” and other Child Ballads. Bardic singing is one of the world’s oldest known forms of music, a genre that survived for centuries only through an oral tradition. Its archaic presence makes even mysterious group Touchstone's “The Prophet Lies” sound more like a medieval seance than any of the bombastic 70s jazz rock they were probably trying to emulate. Kent’s Merruwyn, Hertfordshire’s New Wine, and Ceathrar showcase stunning examples of a re-appropriated bardic style with lead vocals that soar high above earthy guitar figures and ornate folk arrangements. There’s a spectral majesty in the sound of these voices as they struggle to break through sonic limits, a peaceful yet haunting quality in electronic smudges and timeless melodies.