Zach Cowie of Light in the Attic has done an impressive job of merging his work and his passion. 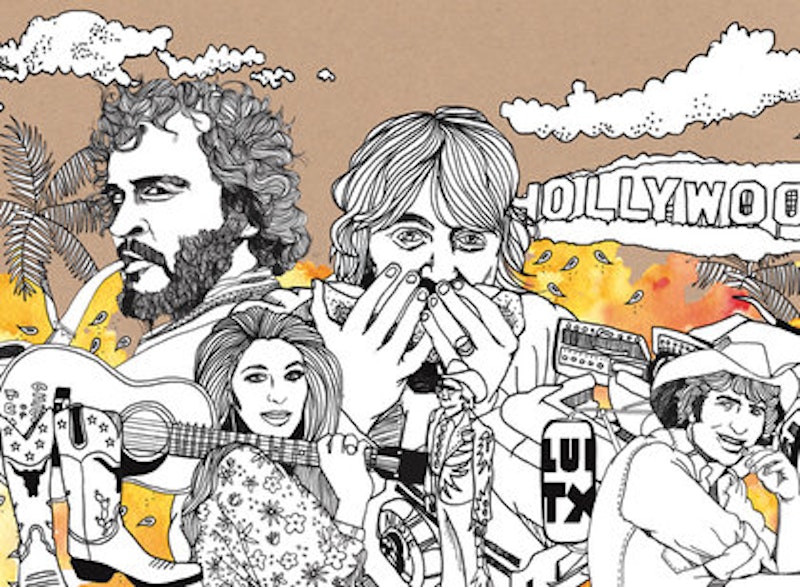 Zach Cowie is one of the men behind Light in the Attic’s multi-volume compilation Country Funk (the second part just came out). He’s a vinyl fanatic who’s done an impressive job of merging his work and his passion: moving from a job at a record store to positions at various labels to doing music consulting for movies as well as assisting in projects like Country Funk. (He’s also been DJing that entire time—lately, actor Elijah Wood has been one of his regular DJ partners.) Last year, inspired by a New Year’s resolution, Cowie ran the blog playitasitlathes, which posted a new song every week day for the whole year and was one of 2013’s finest music blogs. He talked with me about his career, putting together Country Funk, and DJing in Istanbul.

Splice Today: Can you walk me through your career up to this point? I’ve read that you spent some time in the music business, what were you doing there? What are you up to now?

Zach Cowie: I don’t know how to play any instruments so I’ve been working with other people’s music for my entire adult life (I’m 33). I started in my late teens at a record shop in Chicago called Laurie’s Planet Of Sound which threw me into label jobs at Touch & Go, Sub Pop, Drag City and Rhino. Intermixed with that whole run I was DJ’ing loads of parties and tour managing a bit for folks like Vetiver, Devendra Banhart, Joanna Newsom, Vashti Bunyan, Pantha Du Prince, and more. Nowadays I’m pretty focused on DJ’ing, music supervision/consultation for film, TV and fashion, and being obsessed with vintage hi-fi gear. The one constant throughout all of this is that I’m always researching music and buying tons of records.

ST: How did you connect with Light in the Attic?

ZC: I met Matt at Light in The Attic way back when I lived in Seattle while working at Sub Pop (around 2002). I was DJ’ing a Saul Williams show and we connected over some music I was playing. Since then I’ve kept a close eye on the label’s consistently excellent output and was lucky enough for them to open their doors to me for projects and ideas that crossed my path once I left my last “official” label job.

ST: Compilations like Country Funk are becoming more popular, why do you think that is? Does it give you more freedom as a DJ now that people are really into finding older music they hadn’t encountered before?

ZC: This makes a lot of sense in my head but it may sound insane when I type it out… lemme give it a shot. I’m a firm believer in the cyclical nature of music and art. All good “old” things will make sense again in the future as we become bored with the derivativeness of the “new,” then those “old” things start to inform the creation of the “new” and the cycle begins again. And yes, this has always offered loads of freedom for a DJ, now more than ever with the majority of the “new” being so calculated and plastic.

ST: Some of the songs on Country Funk slipped through the cracks the first time around, but others didn’t—a few of these artists were popular. How did you choose when to feature a more popular artist and when to incorporate more obscure recordings?

ZC: The Country Funk compilations are all about a groove. The genre itself is more or less made up and the choice of tunes has everything to do with presenting a great listening experience from top to bottom that all fits within that groove.

ST: Do you have any theories about why some of this music didn’t make it big the first time around?

ZC: I think a lot of the older things we love now didn’t get their proper due in the past because of the sheer limitation of outlets for discovery. You have to remember that there were only a handful of radio stations and magazines back then and if you were sharing a release date with a “flagship” artist, it’s entirely possible that nobody heard your record that week because they were so preoccupied with another bigger one. Of course, some things were also simply ahead of their time!

ST: You told Rolling Stone that you stopped the Country Funk mixes in the mid-70s because you thought that there was a big change in recording after that. It also seems there’s another cycle of country funk mingling in the late 70s and early 80s: Willie and Waylon’s “I Can Get Off On You;” Kenny Rogers’ “Islands In The Stream,” written by the Gibb brothers. Do you see these things moving in waves? Is there a difference between the country funk you focus on and later versions?

ZC: This is just my personal preference. I love those tunes you mention but they are so totally different aesthetically (the drum sounds) that you’d lose all your momentum jumping between them and what’s on these compilations—that’s what Pandora is for! Remember, all these statements are totally subjective… it’s the taste of my collaborators and me that’s saying yes or no and that’s by no means the “correct” answer.

ST: Are there other compilations you’re working on or hoping to make?

ZC: Totally! I’ve got another super conceptual-themed comp for Light In The Attic that’s about 95 percent done licensing-wise. A retrospect of a very under-appreciated late-60s/early-70s group which we’ve just begun work on… and there’s a straight album reissue we’ve been chasing for years that’s finally got a signed agreement from the artist. More on all this as things progress!

ST: What makes for a good experience DJing? Do you have any particular DJing memories that you’re especially fond of?

ZC: I love the moments where everyone disconnects from their own hang-ups and realizes they’re together. Present moment kind of stuff, which is harder and harder to come by in the cellphone/Facebook/Instagram age. My most memorable instance of this happening lately was about six months ago in Istanbul at Babylon. I DJ a lot with my friend Elijah and we both love Turkish psych/folk/disco, after we jammed our pal Grup Ses (one of my absolute favorite DJs) closed out the night with a set of all Turkish 45’s. One of his last tunes was Ozdemir Erdoğan’s heart-ripping ballad “Uzun Ince Bir Yoldayım” and all the Turkish folks in the crowd sang along, fists in the air/eyes-closed style. It was a completely transcendent moment that I’ll never forget!

ST: You ran the blog playitasitlathes for one year—is there any chance you are going to bring that back?

ZC: Nah, it was a New Year’s resolution I made to myself as I was noticing some distance between me and my record collection after working on a few bigger, more commercial projects. I finished the year without missing a day and was totally blown away at how well it was all received. I still use the site to post alerts for new mixtapes and legit releases, but the song-a-day thing is totally done.